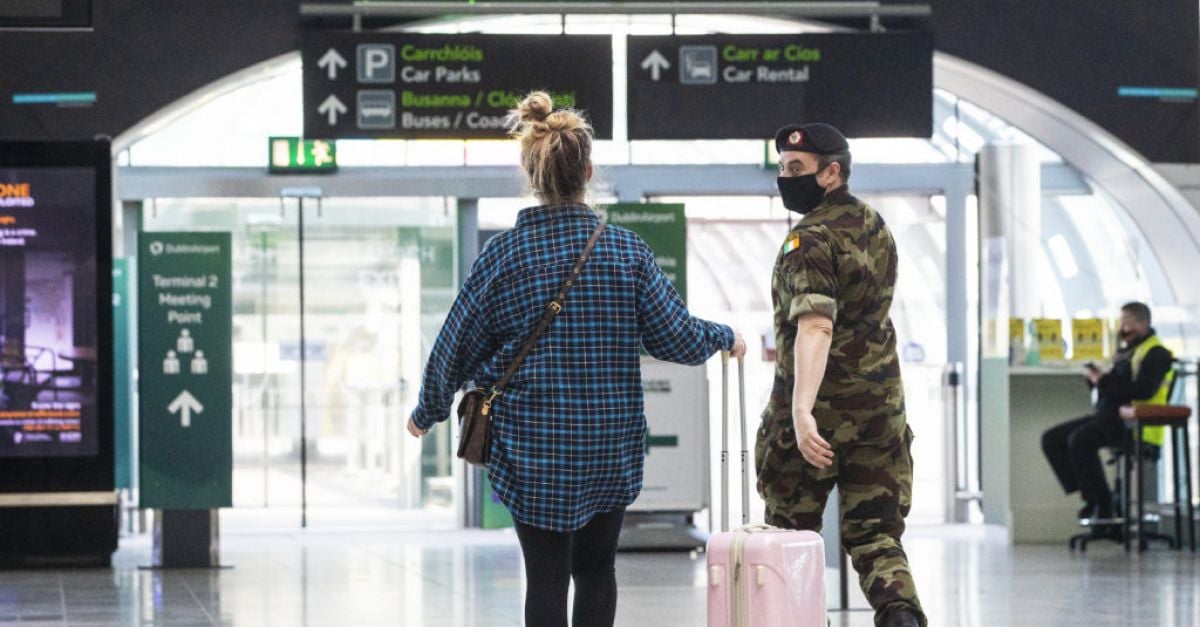 A road map for the return of international travel could be ready next week, Minister for Tourism Catherine Martin has said.

It comes as Minister for Health Stephen Donnelly said the State is hoping to sign up to the EU’s Digital Green Certificate “as soon as possible”.

The issue is to be discussed at Cabinet next week and Ms Martin said a clear plan will be crucial for the recovery of Ireland’s tourism sector.

She said: “I hope next week Government will be providing a road map for international tourism. That is really, really critical for tourism to recover.

“It accounts for 75 per cent of tourism revenue. I’m acutely aware of that as Minister for Tourism and also of the supports that are needed, so there’s no cliff-edge for the industry.

“We will be giving consideration to everything in the next week. And giving that road map to the industry and see what can happen with international tourism.

“In the context of the EU Digital Green Cert, we have hope there and we will be implementing that as soon as is possible.”

Ms Martin was speaking at the launch of Fáilte Ireland’s Keep Discovering campaign, a €4 million marketing drive to rebuild the domestic tourism industry.

With 46% of Irish people planning a short domestic trip over the next 6 months, #KeepDiscovering will point you in the right direction ?https://t.co/QXR5RNodJy pic.twitter.com/k6728bscMn

The Digital Green Certificate is designed to facilitate the return of travel between EU member states.

It will be available to people who have been vaccinated, have obtained a negative test for Covid-19, or have had the virus and recovered.

Agreement in principle was reached among member states at the European Parliament on Thursday.

It is expected to come into effect from the start of July, with a phasing-in period of six weeks for member states that need additional time to implement it.

While Ireland was expected to introduce it closer to the end of the six-week period, Ms Martin and Mr Donnelly have signalled it will be done as quickly as possible.

Speaking on RTÉ’s Morning Ireland, Mr Donnelly said: “The finalised date for Ireland is being worked on and will be announced next week, but it is our intention to fully participate.

“Certainly the Government’s view is that we need to participate in this as early as possible and when it is in place it will mean people who are fully vaccinated essentially can travel right across the European Union and then further afield.

“I know (European Commission president) Ursula von der Leyen, for example, has signalled they would very much like the United States and other countries to be involved in this as well.”

2021-05-21
Previous Post: News from St Nicholas Priory – We are reopening!
Next Post: Local MP Luke Pollard has extended his support to Plymouth 11 year-old Grace Chapman, who has started her own campaign against homelessness