What’s next for the anti-Nato left after Ukraine? 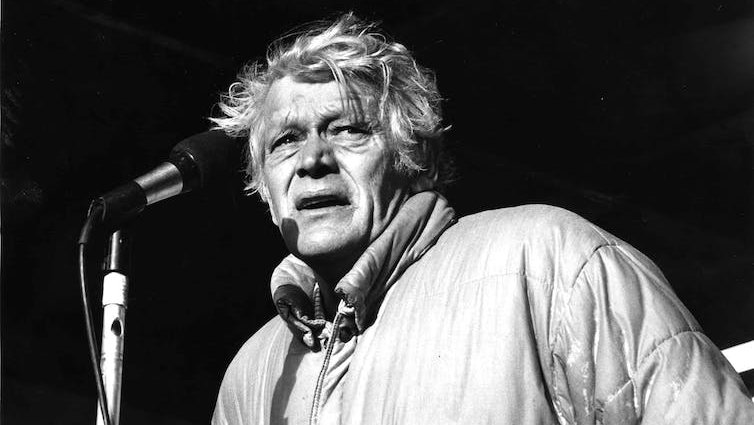 When Russian troops invaded Ukraine in February 2022, much of the political left across the western world were faced with a dilemma. Unlike in 2003 – when US oil interests seemed to explain the invasion of Iraq all too neatly – this time it was much more difficult to put a Marxist spin on things.

The left, sections of which have traditionally been critical of the US-led Nato alliance, was presented with an unpalatable choice: either to back a state propped up by Nato, the world’s most powerful military alliance, or to end up excusing a war of aggression.

The tension was in effect resolved by a split. A small group, including the influential socialist commentator Noam Chomsky and the Marxist theorist David Harvey, continued to argue that the invasion of Ukraine was ultimately the fault of Nato for pursuing expansion into eastern Europe. In doing so, they sided with the so-called realists who had long urged the west to respect Russia’s “legitimate” sphere of influence.

But many other commentators on the left pledged allegiance to a newly empowered liberalism which understandably read the war as a struggle between Russian imperialism and Ukrainian self-determination. In doing so – and this is the surprising bit – many who had previously been critical of Nato (the Guardian’s columnist George Monbiot, for example) ditched a long-held suspicion of the Atlantic alliance.

Among a new coalition of liberal left Atlanticists, one soon heard calls for heavy weapons and forms of direct military involvement. The aim was regime change in the Kremlin. Here, Nato’s expansion to the former Soviet satellites and the 2008 membership promise to Ukraine and Georgia appeared merely as Russia’s pretext for imperial aggression.

Both positions have weaknesses. Realists see Ukraine only as a proxy war, liberals only as a war of liberation.

Veering towards moral relativism, realists over-confidently project a 19th-century conception of statecraft onto the present, treating the balance of power as a natural equilibrium rather than an institution that depends on the powerful trampling on the powerless. Liberals often struggle to see that Washington has long shared Russia’s interest in Ukraine as a geopolitical swing state.

Morally, one side wants to trade territory for peace with a ruthless and untrustworthy dictator, while the other is willing to sacrifice Ukrainian civilians, soldiers and infrastructure to ensure Ukraine’s territorial integrity. Crucially, both camps have quite different assessments of the merits of deterrence.

Whether under Putin or his successor, the Kremlin can still escalate further. It can ramp up mobilisation or release untapped parts of its conventional arsenal. Or it can employ nuclear weapons with varying yields. Liberals have consistently downplayed the chances of Russian tactical nuclear weapons use, whilst realists warn of imminent nuclear escalation.

On the decisive issue of deterrence, the left has long been sceptical. As British Marxist historian E.P. Thompson argued in his 1982 Zero Option, deterrence had only emerged in the 1950s as a post-facto legitimatisation for the development and use of nuclear weapons. For Thompson, it was as an ideological lubricant for the arms race rather than a serious scientific theory – let alone sound policy.

In 2022, the world might have edged closer to Thompson’s nightmare scenario: an unchecked political leader who fears for his regime on the one side, and an Atlantic alliance pursuing maximalist war aims on the other.

And yet events on the ground – particularly the extent of the Russian war crimes and the astonishing weakness of its armed forces – have helped the cause of those who favour military support for Ukraine.

Russia may not have responded to the successful Ukrainian counteroffensives in Kharkiv and Kherson with nuclear weapons. But none of this means that the spectre of nuclear escalation has been banished. It is likely to return if there is more bad news for Moscow on the battlefield, causing more cracks in Putin’s regime to appear.

Most of the questions discussed by the left today are of the following sort: when did Putin’s Russia slide decisively into fascism – if that’s what has happened? To what degree did Nato enlargement lay the groundwork for an increasingly aggressive Russia – or doesn’t this very question excuse Russian imperialism?

The issue of nuclear escalation is different. Yes, tactical nuclear weapons come in different shapes and sizes – they can be detonated over military installations, civilian targets or over the sea. But ultimately the question is refreshingly binary: does Russia cross the nuclear threshold or doesn’t it?

If Russia does resort to nuclear weapons, it would back the argument of those who are wary of arming Ukraine. Strategists have pointed out that the use of nuclear weapons would be unlikely to bring significant advantages to the Russian war effort. This is something to hold on to. But ultimately one can only speculate on how such a “limited” nuclear war might unfold after a Russian first use.

If Russia does not employ nuclear weapons, either because the Putin regime survives a defeat, implodes peacefully or because its fortunes on the battlefield improve dramatically (neither seem particularly likely at this point), the liberal left would prove triumphant on this issue.

Alongside Hiroshima and Cuba, a third case will have been added to the repertoire of nuclear history. It will probably be used to demonstrate one thing only – that even an unchecked leader of a nuclear power with his back to the wall will choose not to use them.

This would have an unsettling implication. For if nuclear weapons simply cannot be used, whatever the context, then what would deter nuclear-armed powers from resolving conflicts among themselves via conventional military means?

It is clear that the ultimate verdict on the extent of Nato’s military aid (too little or too much?) depends on what happens next on the battlefield. But the question of whether Atlanticism is a natural home for a left-wing politics has yet to be decided.

Ian Klinke does not work for, consult, own shares in or receive funding from any company or organisation that would benefit from this article, and has disclosed no relevant affiliations beyond their academic appointment.