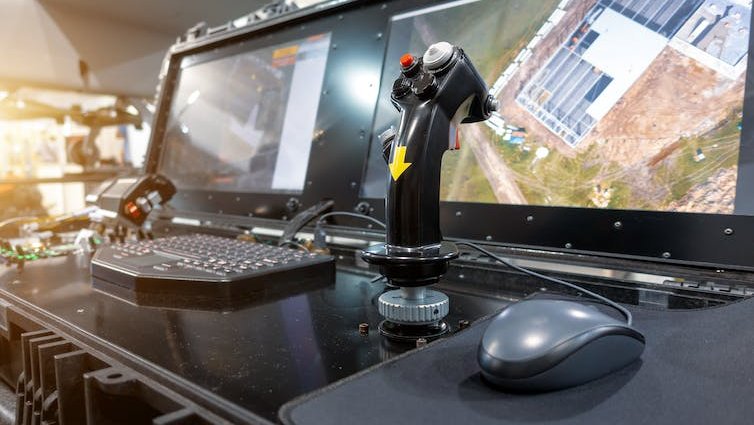 Amid the many salacious revelations in Prince Harry’s memoir, Spare, one of the most concerning was not about his family. Harry revealed that he killed 25 members of the Taliban while serving in Afghanistan, and that he viewed them like pieces on a chessboard. His comments sparked criticism from top military figures and prompted Afghan families to call for his prosecution.

Harry’s comments suggest that military technology has advanced such that a soldier can say with certainty the number of kills they have made. But it also reveals how much “gamification” of warfare could become part of the military mindset.

Advancements in technology have allowed warfare to become more remote and operators more distant from their targets. Some argue that this makes them more likely to make risky decisions. Remote warfare is exemplified by the use of drones (unmanned aerial vehicles) in the US war on terror.

Along with this has come gamification of warfare, where military operations and war video games have become indistinguishable in some regards. Over the last decade or so, militaries have used tech like video game controllers to carry out missions. And the gaming industry has spent large sums of money to improve human-computer interactions, which can aid in military training and improve the technology used during combat.

The International Committee of the Red Cross, aware of the increasing realism of computer games such as Call of Duty: Warzone and Battlefield, have been working with games producers to enhance their compliance with international humanitarian law. Just as in real life, the ICRC believes that these games should include virtual consequences for gamers’ actions, and that players should be rewarded for following the rules of armed conflict.

Gamification is partly a result of hundreds of years of warfare becoming more remote from its face-to-face combat origins. This has been a topic of debate since medieval times. The longbow allowed English archers to shoot from over half a mile away, leading to the eventual demise of rules of chivalry on the battlefield.

More recently, the rise of air power significantly increased the distance involved in warfare. This led to arguments that the further a target is from an attacker, the less the attacker may be aware of the human cost. In turn, this could result in the dehumanisation of warfare, meaning the attacker may not fully appreciate the impact of their destruction. The research on this is mixed, but there is increasing evidence that the cost on drone operators is substantial.

While technology has “gamified” war it has also brought conflict home in a way not seen before. The advanced optics and surveillance cameras equipped to modern aircraft, and certainly in the case of drone operators, means that pilots may spend longer observing their targets, and have a greater understanding of the impact of their attacks than ever before.

Drone operators continue to watch events post-attack to assess the extent of the damage. While Harry flew as a helicopter pilot, he wrote in Spare about watching videos of the kill missions after returning to base. This review is essential for compliance with the law of armed conflict, and to ensure that the objectives for each mission have been met.

These factors, combined with the somewhat isolated environments where remote weapons operators are located, have been found to increase stress, mental fatigue, burnout and post-trauma responses particularly among drone operators, and those viewing events remotely.

Drones are one of the most well-known aspects of remote warfare. But legally speaking, drone operators are akin to their colleagues in regular aircraft. They must follow the same rules to ensure compliance with the law, whether they are on the battlefield, in an aircraft or controlling a drone in a bunker under the Las Vegas strip.

All aspects of armed conflict are governed by international humanitarian law. This is primarily found in the Geneva Conventions, which balance military necessity (what needs to be done to achieve military aims) with humanity (protecting civilians, medical facilities and other objects from the ravages of war).

Any advancement in military technology must be used in a way that meets this standard. Attacks must be directed only at military objectives, which must be distinguished from civilian targets. Any likely loss of civilian life or damage to civilian property must not be excessive in relation to the direct and concrete military advantage. This means that any person conducting an attack must take feasible precautions to avoid or minimise the loss of civilian life.

The substantial improvement in reconnaissance and surveillance technologies means that states and their militaries have more information than ever to make decisions before attacking. In theory, states have an even higher level of obligation to verify the identity of their targets.

The gamification of warfare hasn’t changed the laws that govern how conflict is conducted and who is held accountable. These laws are designed to protect civilians and retain the humanity of warfare. But Prince Harry’s “chess piece” comments make clear that as combat becomes more distant, it is even more important to remember the humanity of those caught up in conflict.

Emma Breeze does not work for, consult, own shares in or receive funding from any company or organisation that would benefit from this article, and has disclosed no relevant affiliations beyond their academic appointment.

2023-01-22
Previous Post: Census data shows England and Wales are more ethnically diverse — and less segregated — than ever before
Next Post: Community in shock as Cork hospital attack victim is named locally