BOXING fans all said the same thing after seeing Jake Paul handed a title by the WBA.

The YouTuber turned boxer was one of several attendees at the World Boxing Association’s convention in Orlando last month.

And much to his surprise, he was gifted a title by WBA president Gilberto Mendoza and Hall-of-Famer Bernard Hopkins.

Boxing fans were equally as baffled, with one saying: “Boxing is getting further and further away from being a serious sport.”

Another said: “That’s boxing for you. 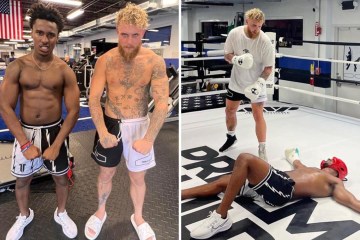 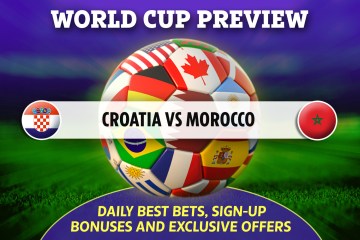 And another said: “Boxing has so many meaningless belts, this ain’t a surprise.”

One remarked: “Ridiculous, that belt should be allowed to PROPER boxers who grind down day in, day out to become champion of this belt.

“Not to some YouTuber who’s fought no real boxer in a boxing match as of yet and only in exhibition contests which aren’t competitive TBH.”

Another chimed in: “Wow this is shocking. Not hating on Jake Paul. I like him.

Most read in MMA

“But the fact a major boxing federation is giving a belt out is more a PR stunt.

“Is boxing really losing this bad there giving a guy who fights for entertain at the moment a belt to make him feel significant and then too?”

Paul, 25, was seemingly embarrassed to be given the belt – which he vowed to use as motivation for his journey in the sport.

He said: “I”m honoured. For real, this means a lot. “I feel like I haven’t earned this yet, though.

“Thank you. I feel like you guys should hold this until I’m actually fighting for a WBA Championship. I don’t know.”

Paul hasn’t set foot in the ring since his decision victory over former UFC middleweight champion Anderson Silva in October.

The Problem Child is, however, planning to return to action early next year – although an opponent for his seventh professional bout has not yet been finalised.

But SunSport understands a grudge match with Tommy Fury is in the offing for the social media star, with preliminary talks already taking place.