Behind the scenes of The Witcher: Blood Origin with its director and stars Laurence O’Fuarain and Sophia Brown 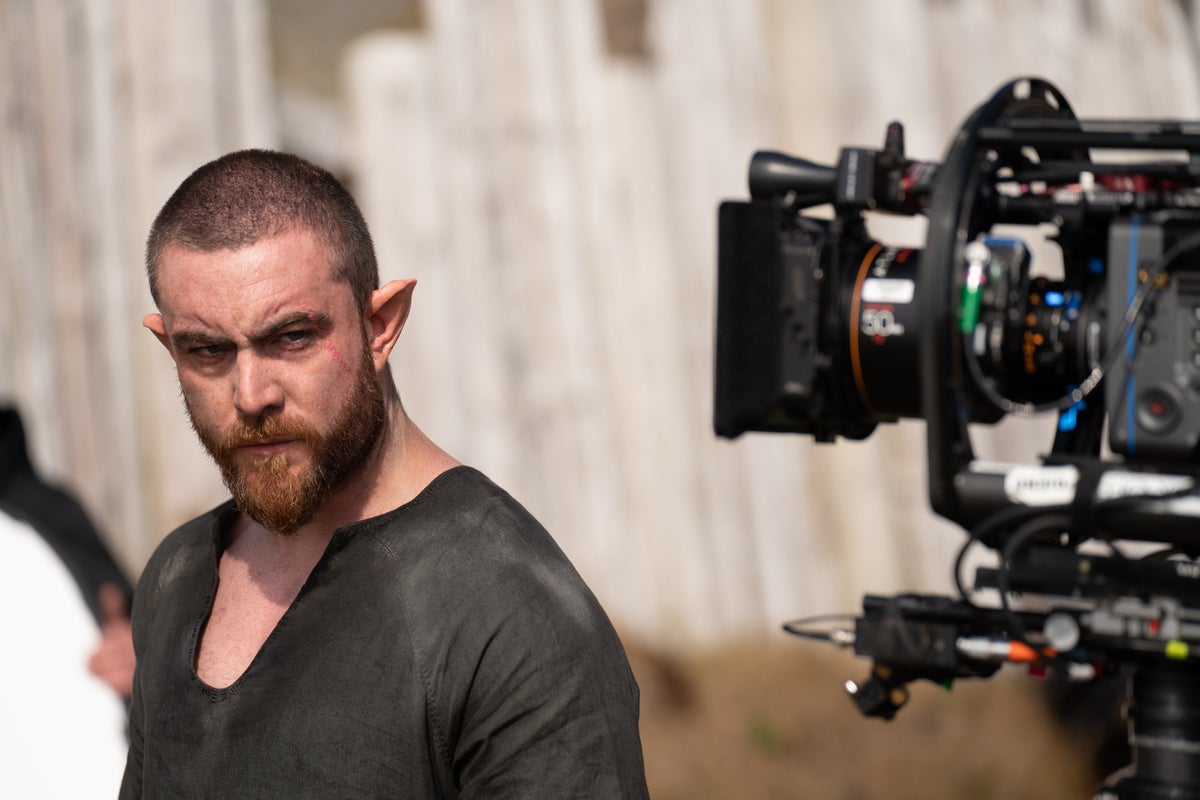 oss a coin to your Netflix subscription, because this Christmas a brand new Witcher series will be making its way back onto our screens.

But cast aside thoughts of a certain white-haired ruffian laying waste to monsters with a flick of his sword, because The Witcher: Blood Origin is not like any Witcher series you’ve seen before. Set 1,200 years before the appearance of Geralt of Rivia (Henry Cavill, at least until the end of season 3, yet to be released), this story is one of elves, blood and the Conjunction of the Spheres: the cataclysm that introduced monsters and humans to a world of elves and dwarves.

Produced by superfan Declan de Barra (who was also a writer for the original Witcher Netflix series), the series in its entirety was actually mapped out in The Witcher’s writing room during a brainstorming session.

In a recent conversation with EW, De Barra recounted how the team created a whiteboard describing how the Conjunction of the Spheres would have happened – and what the world would have looked like beforehand, going on the scant clues in Andrzej Sapkowski’s original Witcher books.

So when the call came to direct Blood Origin, De Barra knew what to do. “I was like, ‘F*** yeah!’ and then literally sat in a café and scribbled it down on a napkin,” he told EW, adding that the end product “hasn’t really changed much” since then.

“It’s normally months and months and reams of paper and crying and gnashing your teeth and clawing your skin off. It never really flows this easily.”

The end product features Laurence O’Fuarain and Sophia Brown as the two protagonists Fjall and Éile, elves from different clans (Dog and Raven respectively) who join forces as the elven kingdoms of Pryshia and Xintrea fall into chaos.

The result is a whirlwind journey through a whole lot of Witcher lore, including the origins of a few key characters (which I’m not allowed to reveal for spoiler reasons) and the creation of the first-ever Witcher.

It’s a lot for one four-episode miniseries to address, but both actors are full of praise for the world that De Bara has created. “Although it is set within the Witcher world, it’s very much its own entity, it has its own spirit,” O’Fuarain tells me. “We kind of made it our own – and although it’s vaguely touched upon in the books, Declan was able to expand on what was there and give his own stamp to it.”

That includes, as De Barra says, a world which is more technologically advanced than the current Witcher universe, but not without its own issues. “In a weird way, they were enlightened, but it had its problems,” he told EW. “There was massive social stratification. There’s highborn and lowborn, and you shall not pass from one to the other. That’s their form of racism, and specie-ism in terms of how the dwarves are treated. It’s not a perfect society at all.”

Both O’Fuarain and Brown are fans of the original show – O’Fuarain confesses that he has played The Witcher III: Wild Hunt “on the PlayStation about three times” – and both still seem slightly awestruck by the fact that they’ve managed to bag these roles.

In the show, both Fjall and Éile are seasoned warriors, so the actors (who are not) had to go to extra lengths to prepare, including, as O’Fuarain says, making sure the characters seemed as real and full of depth as possible.

“We had a lot of preparation,” O’Fuarain tells me. “We had a boot camp, we learned how to fight with axes and blades and horse ride. And it was just… it was never ending. I mean, we were well prepared for when we jumped into the Witcher world.”

The “Witcher world” would soon prove so all-encompassing that Brown often forgot that she was wearing her costume and would leave the set with it still on.

“On the days that I had pointy ears… I went to a post box during one of our lunch breaks once and I realised someone was giving me funny looks,” she remembers. “I thought maybe they just hadn’t, you know, [maybe they thought] I was a new person in the area. And it turns out actually I forgot I had the elf ears on.”

Though O’Fuarain and Brown play the protagonists of Blood Origin, they have been joined by an all-star supporting cast, including Minnie Driver, Lenny Henry (who plays an evil druid, of all things) and Michelle Yeoh. She plays Scian, a Ghost Clan swordmaster who joins forces with Fjall and Éile, and in our interview the pair are full of praise for her.

“Just to be able to lean on her resource of knowledge was incredible,” Brown says. “She really silently guided us, with our characters and as actors. So she [was] just everything I think we needed and was so calm and easy going with it… I feel honoured to be alongside her in a film.”

Though 2022 has proved to be a boom year for fantasy – both House of the Dragon and The Rings of Power (also starring Henry, as Harfoot leader Sadoc Burrows) launched within weeks of each other – both actors are firm that there’s a space for The Witcher: Blood Origin in an already-crowded market.

“We have got epic fight scenes like Game of Thrones and Lord of the Rings, but I think that’s kind of where the similarities end,” Brown says. “The Witcher universe is so rich and so epic in its own right, and that’s why the fans love it.”

“There is that sort of expectation, but we know the uniqueness that The Witcher has, and so we run and have ran with it.”

The Witcher: Blood Origin will be streaming on Netflix from December 25

2022-12-04
Previous Post: Everything you need to know about invasive group A Strep after 6 kids die
Next Post: Placement Quality & Allocation Manager (Social Work and Social Care)