Who is Pele’s wife Marcia Aoki and do they have children together?

MARCIA AOKI is happily married to arguably one of the best footballers of all time – Brazilian legend Pele.

But she’ll be fearing the worst as her footballing icon husband is currently going through some severe health issues.

Reports suggest that Pele has been moved to palliative end-of-life care in the hospital.

As the Brazil superstar is said to be no longer responding to chemotherapy during his battle with cancer.

And he’ll need all the support he can get from his wife through these dark times.

Find out more about who Marcia Aoki is below…

Who is Pele’s wife Marcia Aoki?

Born to parents Paulo Aoki and Isaura Aoki, Marcia is of Japanese descent. 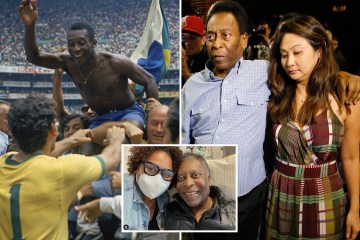 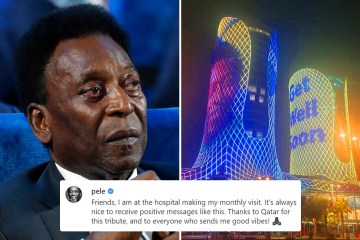 Pele’s wife was born in Sao, Paulo, Brazil, and has a brother named Carlos Alberto Aoki.

Marcia attended her local school in Brazil before heading off to high school to secure a bachelor’s degree, and that led to Aoki starting a business in the medical supplies sector.

Aoki reportedly met Pele in the 1980s at a New York Party but they were rumors never surfaced of a relationship until 2010.

And despite being pictured together often, the lovers never confirmed their relationship until July 2016 when they announced their marriage.

Have they got any children together?

The lovebirds do not have any children together but Pele has seven children from previous marriages and reported affairs.

He then had twins Joshua and Celeste with second wife Assiria Nascimento.

And he also has two more children named Flavia and Sandra Regina Machado.

2022-12-03
Previous Post: Hundreds attend Co Cork rally in support of refugees and asylum seekers
Next Post: Why you could have ‘face-ism’ – an extreme tendency to judge people based on their facial features