Why maternal deaths in the UK are rising 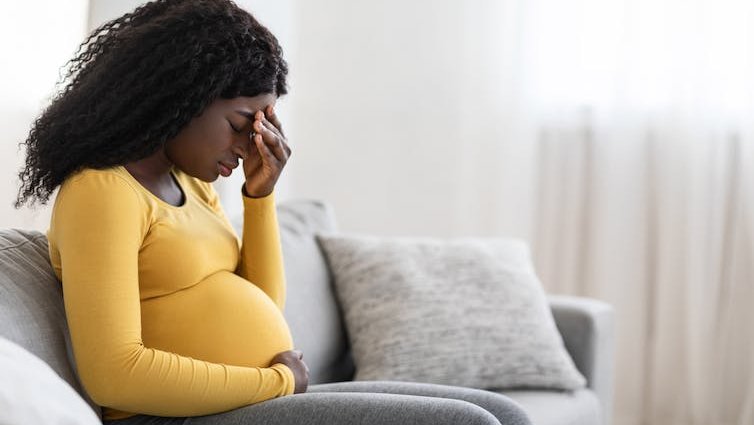 In high-income countries such as Denmark and the Netherlands, pregnancy is comparatively safe. But maternal deaths still happen and in places like the UK are increasing. Understanding why is important, not only for the family a woman leaves behind but for the services who provided her care and society more broadly. Maternal deaths have long been considered an indicator of the quality of the health system where they occur.

Most of the women who die in high-income countries are not dying from pregnancy complications, such as bleeding, but from medical or mental health conditions made worse by pregnancy. A new study comparing eight European countries found heart disease, blood clots and suicide to be the leading causes of maternal deaths.

Heart disease is the leading cause of maternal death in the UK but arguably does not need to be. The simple fact of pregnancy leads to inequitable care.

Most women who die from heart disease during or after pregnancy in the UK are at higher risk because of older age, obesity or smoking and do not know they have heart problems before they become pregnant. Investigations into their deaths have repeatedly shown that women who approach their doctor about concerning symptoms related to heart disease are dismissed or their symptoms are put down to pregnancy.

Even if their heart disease was diagnosed, these women did not receive the same quality care as people who are not pregnant; treatments were withheld or started too late, simply because women were pregnant or breastfeeding.

So why are rates higher in the UK? Deaths from heart disease, together with other conditions such as epilepsy, mental health problems or asthma, largely explain the difference in maternal death rates between the UK and countries such as Norway. While there is no single answer to why these deaths are higher, the characteristics of the UK population are part of the explanation.

More than half of women giving birth in the UK are now overweight or obese, compared with 40% in Norway. Being obese doubles your risk of dying during or up to six weeks after the end of pregnancy.

Also, maternal age at childbirth continues to increase in the UK. Women aged 40 or over are three times more likely to die during or up to six weeks after pregnancy than women aged 20 to 24.

Tackling the higher maternal death rate in the UK needs action beyond maternity services. Pre-pregnancy and post-pregnancy health, and the care pregnant women receive in other parts of the hospital or community, are all essential and services need to communicate with each other.

Mental health is an important example. After pregnancy is the time when mental health care and support are critical, yet maternity care finishes only four weeks after pregnancy. Mental health services to support women during and immediately after pregnancy are increasing, but they often do not care for women with more than one existing health issue, such as those with both mental illness and substance use.

While the higher rates in the UK can be explained in part by how the health service is organised and different population characteristics, the overall UK maternal death figures mask other disparities. Some groups of women have disproportionately poor outcomes. Black women are almost four times more likely to die and Asian women twice as likely to die, compared with white women.

And women living in the 20% most deprived areas are more than twice as likely to die compared with those living in more affluent areas. Eleven per cent of women who died during or up to a year after pregnancy in the UK in 2018-20 had severe and multiple disadvantages – including a mental health diagnosis, substance use or domestic abuse.

Disparities based on race or ethnicity are not unique to the UK – similar patterns are seen in France, the Netherlands and the US. They reinforce the effect that wider society has on maternal deaths.

Basic obstacles to accessing safe care, such as a lack of interpreting services, were identified. No similar inquiry has yet focused on the care of women from disadvantaged groups, but research has identified similar themes of powerlessness in their attempts to navigate the complex maternity system.

While the UK has a health system that is free to access, access is not equitable. There is sadly no silver bullet to reducing maternal deaths, but a good starting place will be listening to women from these diverse vulnerable groups.

Marian Knight receives funding from the Healthcare Quality Improvement Partnership and the National Institute for Health and Care Research.

Lisa Hinton is based in The Healthcare Improvement Studies Institute (THIS Institute), University of Cambridge. THIS Institute is supported by the Health Foundation, an independent charity committed to bringing about better health and healthcare for people in the UK. Lisa Hinton also receives funding from the National Institute of Health and Care Research and UKRI.

2022-11-27
Previous Post: What if the dinosaurs hadn’t gone extinct? Why our world might look very different
Next Post: Belgium stunned by Morocco after VAR drama as World Cup hopes hang in balance