At COP27, climate ‘loss and damage’ funding makes it to the table 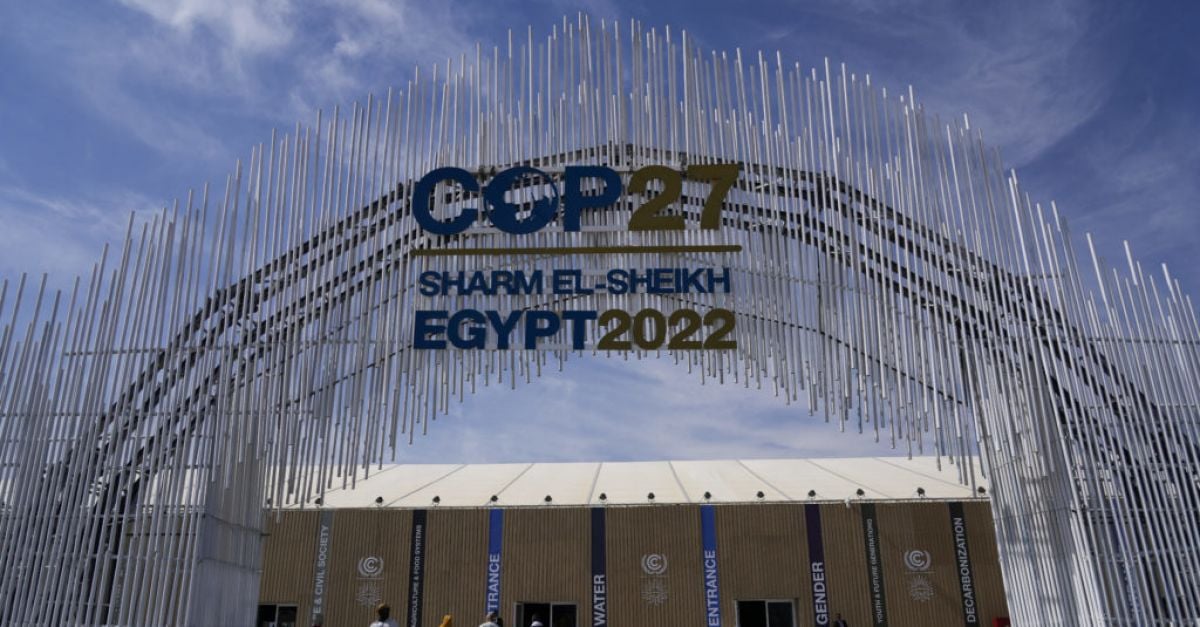 Climate negotiators agreed at U.N. talks on Sunday to start discussions on a funding plan to help climate-hit countries cope with surging losses.

It comes as they were warned that mounting economic crises should not delay action on increasingly obvious global warming threats,

“There is no one single crisis as critical, as impactful, as climate change,” he said.

“Wars will end, inflation, the cost of living, energy crises, these will come to an end. But what we are seeing… all around the world (is that) climate change is ever present and will get worse.”

The agreement to put funding to address “loss and damage” on the negotiating agenda came amid sustained pressure from small island states and other vulnerable nations, including Pakistan, hit by summer floods that covered a third of the country.

Richer governments, whose large historic emissions have been the main driver of climate impacts, are expected to offer finance to back a “Global Shield” at COP27 that would boost insurance coverage and early warning systems for poor countries.

Some rich nations – including the United States, European Union countries and Australia – have so far resisted the creation of a loss and damage fund, fearing they could face trillions of dollars in liability for damages.

Over 2 billion people have gained access to safe drinking water in the past two decades – but the climate crisis is putting these gains at risk.

Accelerating #ClimateAction is essential to ensure safe water for all. pic.twitter.com/36e5AXnKFK

U.N. Secretary-General António Guterres, for instance, has called for nations around the world to impose a tax on the windfall profits of fossil-fuel energy firms, which have reported record quarterly profits as Russia’s invasion of Ukraine has spurred soaring oil and gas prices.

The money raised could go both to pay for climate loss and damage and to help people struggling with rising food and energy prices, Guterres said, insisting “polluters must pay” for the damage they cause.

Singh said that “taxes are the operating space” for finding politically acceptable loss and damage finance – but putting levies on fossil fuel profits would be difficult because “the nexus between companies and politicians is so strong”.

Other types of taxes – such as on financial transactions or airlines – might also offer opportunities, said Singh, who has followed loss and damage discussions for more than a decade.

What is clear, he said, is that whatever mechanism is set up to help poorer countries recover from losses needs to be based on legal obligation rather than voluntary charity, with surging humanitarian needs already unmet as climate-fuelled crises expand around the world.

After tough discussions ahead of COP27, government negotiators agreed at the opening session to launch talks on funding arrangements to tackle loss and damage “with a view to adopting a conclusive decision no later than 2024”.

Conrod Hunte, deputy chair of the Alliance of Small Island States (AOSIS), told negotiators that his members “do not want to be treated as though you are doing us a favour”.

Instead, he called for a “Loss and Damage Response Fund” to be set up at COP27 that would be put into operation by 2024.

“We are here so that we can go back to our own homes, and not become climate-displaced people in yours,” he said.

On Monday and Tuesday, about 110 leaders are expected to gather at COP27 for a two-day leaders’ summit, which COP27 organisers hope will help drive new ambition to cut emissions and boost finance for green energy and climate resilience.

But key leaders of some of the biggest emitters – including China and India – will be missing, organisers said. U.S. President Joe Biden will attend at the end of the first week, after U.S. mid-term elections on Tuesday.

Stiell, of the Caribbean island nation of Grenada, emphasised that with the G20 group of major nations responsible for 80 per cent of global emissions and 85 per cent of global GDP, it was evident who needed to step up at COP27 and take the lead on climate action.

“The wealth, the tech, the means to address what needs to be done resides there,” he noted.

Alok Sharma, the British president of last year’s COP26 in Glasgow, also insisted that this year’s negotiations “must be about concrete action” rather than delays and promises.

With climate losses and threats growing globally, “how many more wake-up calls does the world actually need?” he asked during the opening plenary.

2022-11-07
Previous Post: Glastonbury tickets take more than an hour to sell out after technical problems
Next Post: Jake Paul urged to fight UFC star McGregor NEXT – as it will smash PPV records