The Wonder at the BFI London Film Festival movie review: Florence Pugh is her own wonder in this tense tale 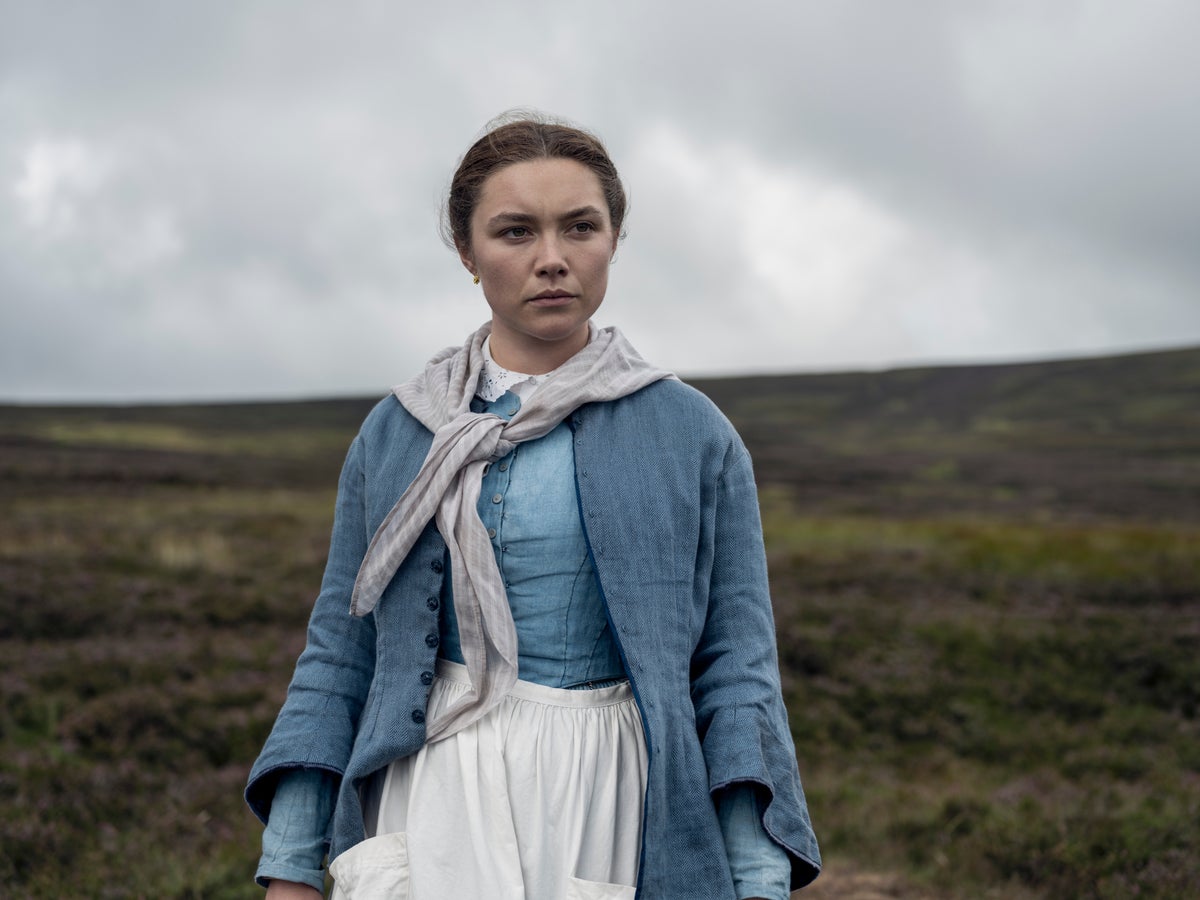 lorence Pugh’s acting is the miracle we take for granted. So it will be no surprise that the 26 year-old Brit dominates this adaptation of Emma Donoghue’s subversive gothic novel with a sensual, spry and increasingly wrenching performance.

That – along with typically atmospheric cinematography from The Power of the Dog’s Ari Wegner, a shiver-inducing score from Matthew Herbert and the bold decisions made by Chilean director Sebastian Lelio – more than makes up for any flaws in the screenplay.

The Wonder is bound to be controversial and definitely takes a turn for the torrid in the second half; but have faith in Lelio’s team.

Like Room, Lenny Abrahamson’s Oscar-nominated take on Donoghue’s most famous book, this at once chilling and claustrophobic project touches on transgressive sex and shows a mother and child trapped in a life-threatening situation. This time, though, the mother may be part of the problem and the kid is more than happy to die.

It’s 1862 and Pugh is Yorkshire nurse Libby Wright, sent to a remote pocket of Ireland to watch (some would say spy on) a pious, 11-year-old Catholic girl, Anna O’Donnell (Kíla Lord Cassidy). The latter hasn’t had a bite to eat in four months, yet remains perky.

Some in the village, along with a reporter William (Tom Burke) from The Irish Times, feel skulduggery on the part of Anna’s family could explain this “miracle”. What will happen to Anna when she’s kept at arm’s length from her proud and doting mama (the astounding Elaine Cassidy, Kíla’s real-life mum)?

Pugh has always had fabulous chemistry with younger co-stars. Remember the sunny scene in Lady Macbeth, where Pugh’s ruthless and traumatised bride suddenly becomes tender and jokey with a little boy called Teddy? (she later orders her boyfriend to smother Teddy but, hey, we believe in the sweetness while it lasts).

In Don’t Worry Darling, too, it was obvious why her character was such a hug-magnet for two friendly tots. Pugh is an expert at playing wary protagonists who unfurl in the presence of children.

Kíla Cassidy basks in all that attention, but brings her own bubbly and off-kilter energy to the table. The pair’s scenes, even the most harrowing ones (I gasped out loud when Lib finds something horrible in Anna’s mouth), are a delight.

In fact, there’s not a single duff turn, here. Niamh Algar is magnetic as Kitty, the O’Donnell’s chippy and observant servant, who grew up with William and resents the fact that he now sees her as an irrational, benighted fool.

So it’s a shame about what happens next, which dissipates much of the Turn of the Screw-style tension that all concerned have helped create. Nor are matters helped by a crass plot-thread concerning Lib’s opium habit (an addiction that’s cured overnight). None of that’s in the book. Donoghue, who co-wrote the script with Lelio and Lady Macbeth’s Alice Birch, has over-egged her own pudding.

Thankfully, Lelio gets things back on track with a denoument that makes fine use of Algar’s potent voice and requires audiences to question their own blind spots. If your take-away from The Wonder is that Lib is “right” and Irish Catholics are “wrong”, you’ve missed the point entirely and need to watch Lelio’s best film since 2013’s Gloria all over again.

The Wonder screens at the BFI London Film Festival tonight, Saturday October 8 and Sunday October; it is in selected cinemas from November 2 and on Netflix from November 16