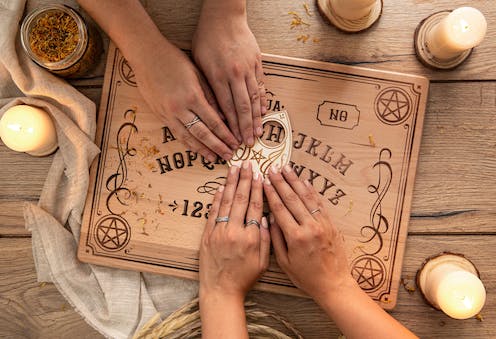 Criminal justice systems vary around the world. But in many countries, for hundreds of years, people have faced trial by a jury of their peers. In England and Wales, a jury is a group of 12 members of the public who are called to sit as judges of fact in even the most serious criminal cases. Juries are presented with long-winded arguments by (generally) talented lawyers about the exact circumstances which may or may not have happened. They then have to answer one simple question: is the defendant on trial guilty or not?

High-profile cases may make one wonder just how juries reach their decisions. We can find a humorous answer in the case of Socrates. The ancient Greek philosopher was put on trial for “corrupting the minds of the youth” and brought before an ancient Athenian jury of around 500 people. It is said that Socrates launched a vigorous defence of himself before the jury returned a guilty verdict, at which point he supposedly insulted them. Unfortunately for him, the jury had not yet decided on the sentence and as a direct result of his insults they sentenced him to death.

While that was more than two thousand years ago and the exact details are questionable, juries today can behave just as, if not more, bizarrely. In my research on the role of the criminal jury in England and Wales, I’ve come across plenty of odd jury behaviour. Here are a few highlights.

In a brutal 1995 murder case, the jury was asked to consider whether Stephen Young had broken into the cottage of two newlyweds from Essex, Harry and Nicola Fuller. The prosecution alleged that after breaking in, Young shot them both to death, executing Nicola Fuller as she began to dial 999.

In horrific cases like this, juries usually consider witness testimony, DNA evidence and statements from the victims’ next of kin. But in the Young case, they turned to the supernatural.

While the jury was sequestered (when a court places a jury under police protection for the duration of a trial) four jurors met up in their hotel’s restaurant. Banned from watching television and having consumed a few drinks, they used a Ouija board that one juror had smuggled in to contact the spirits of the Fullers and ask who murdered them. The answer led to the jury delivering a guilty verdict. However, once the use of the Ouija board was revealed, the accused was granted a retrial, and promptly found guilty – this time, based on earthly evidence.

We often talk about the impact of media on the outcome of a high-profile case, but what about social media? In a 2011 case, jurors were asked to consider serious drug charges against eight defendants.

One of the jurors found a defendant’s email address during deliberations and reached out to her. This led to the two adding each other on Facebook, where they discussed several things about the case including other defendants. The level of this misconduct led to not only the conviction being overturned, but the juror being sentenced to eight months imprisonment.

Trial by the Bible

The two cases above reflect poor judgement by one or a few errant jurors, but in the 2013 trial of Vicky Pryce, the entire jury’s behaviour was odd. Pryce was accused (and eventually convicted) of perverting the course of justice, after taking driving licence points for her then-husband, former energy secretary Chris Huhne, who had been caught speeding years earlier.

The jury presented the judge with a list of questions. While reports vary over their exact wording, the questions were at once bizarre and ignorant of the justice process. In addition to asking the judge to define “reasonable doubt”, they included:

The court, dismayed by these “fundamental deficits of understanding”, discharged the jury and ordered a retrial.

You may be wondering what the legal system itself has to say about this kind of behaviour. Surely, if a jury decided a case on something as random as flipping a coin (or using a Ouija board) their verdict should be overturned.

This was the issue brought to the House of Lords in a joint appeal for two cases where the secrecy of jury deliberations was a concern.

The judges were asked to consider on what grounds a jury’s verdict could be overturned, for example if they reached their verdict out of bias, or out of randomness – like a coin toss. The court said that while a verdict could be overturned if it was decided based on personal bias, it was less clear when it came to the coin toss question. In subsequent appeals, this question has never been raised again – meaning that theoretically, a jury can decide a case on flipping a coin as long as the jurors didn’t have any particular bias against the defendant.

These tales of jury behaviour are unusual for a reason – most verdicts are decided based on the facts of the case, and accepted without controversy. But the secrecy of the jury process means that we may never know exactly what goes on behind the closed doors of deliberation rooms.