ANYONE who has had Covid is significantly more at risk to a host of killer illnesses than those who never caught the disease, a new study has revealed.

Millions have already had the bug and the majority of Brits also have protection due to the huge vaccine rollout.

But experts have discovered that all those who have contracted the virus – even those with milder symptoms – have an increased risk of heart issues and even death.

According to the research, published in Heart, those who are admitted to hospital with Covid are 27 times as likely to develop venous thromboembolism (VTE) than those who never have the bug.

Those who didn’t need hospital treatment are still three times more likely to develop VTE than those who never had the virus.

VTE is a condition that occurs when a blood clot forms in a vein. 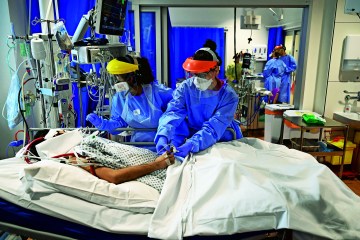 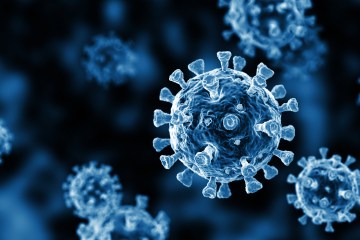 If the blood clot is large or left untreated, it can cause death.

People who are hospitalised with Covid are also 21 times more likely to be diagnosed with heart failure, and 17 times as likely to have a stroke, researchers from Queen Mary University of London, said.

They are also more likely to be diagnosed atrial fibrillation (an irregular heart) and pericarditis (inflammation of the heart) and have a heart attack.

Death was also more common among those who had Covid.

People who were admitted to hospital with the virus were 118 times as likely to die as those who didn’t need hospital treatment.

Whereas those who didn’t need hospital care were ten times more likely to die than those who never had the virus.

The greatest risk of heart conditions and death is within the first 30 days of infection, but remains high for some time afterwards, the findings suggest.

People were tracked until a cardiovascular problem happened or they died.

Commenting on the results, the researchers said: “The long-term sequelae of past Covid exposure is emerging as a dominant public health concern.

“Our findings highlight the increased cardiovascular risk of individuals with past infection, which are likely to be greater in countries with limited access to vaccination and thus greater population exposure to Covid,” they added.

This comes as scientists warned of a so-called ‘swarm’ of Omicron strains that could threaten this winter.

Currently, Omicron is the main strain circulating, which has been proven to be milder than others that came before it.

However, specialists have warned that there could be a collection of three substrains that all circulate together this winter.

According to the ZOE health tracker, around one in 21 people in the UK have the bug – with numbers now also falling in the youngest age groups.

Experts at ZOE revealed there are currently an estimated 209,243 infections, down from 235,829 last week.

The most recent data from the ZOE Symptom Tracker app states there are 20 symptoms Brits should be on the lookout for.

This data refers to all Brits who have logged their symptoms on the app, regardless of how many jabs they have had.

2022-10-24
Previous Post: Prime Minister Rishi Sunak: who is he and how did he end up with the top job in British politics?
Next Post: It matters that Rishi Sunak has become the UK’s first prime minister of Indian descent