Ukraine war: this conflict is just further evidence that Putin’s Russia is now a rogue power 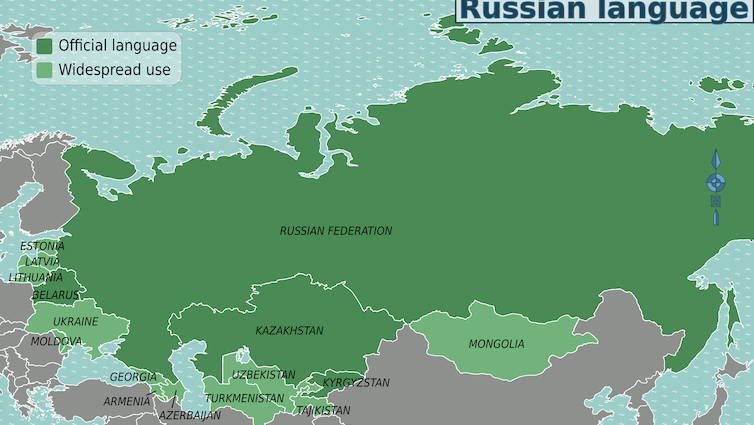 Given where most of the fighting and dying is taking place it is easy to think that the current European security crisis is primarily about Ukraine. This tendency is reinforced by the fact that Russia and the west are keen to keep the war limited to Ukrainian territory.

Vladimir Putin’s whole calculation has, from the outset, been based on two assumptions. First that Russia’s possession of nuclear weapons would deter western military intervention for fear of wider escalation. The second was that Europe’s dependence on Moscow’s gas supply would mute any sanctions from the west and that, in the long run, these factors would be used to force Kyiv to yield in some way to Putin’s demands.

For its part, the US and its allies have also been keen to limit the conflict, recognising that while Kyiv is fighting for its survival as an independent sovereign state, the first policy priority for the west is to avoid a general war in Europe. Putin’s frequent and lurid nuclear sabre rattling is also intended to remind the west that its meddling – even its continued military support for Kyiv – risks just that outcome.

This framing of the war also explains the constant calls for a negotiated resolution to the conflict. Many efforts to end the war, from the French president Emmanuel Macron to the business magnate Elon Musk, focus on the need for negotiation. By this they mean a compromise by Ukraine over parts of its territory, such as Crimea, or its security status regarding Nato membership and alignment with the west rather than Russia. Even the US president Joe Biden’s statement that Putin must be offered an “off ramp” is a recognition of the desire to solve the Ukraine crisis on these terms.

Read more:
Ukraine war: how the Biden administration is responding to Putin’s threats to go nuclear


Yet this approach to a resolution of the war is flawed in two important ways. First, in ignores the clear evidence that neither side is interested in a negotiated solution as both Russia and Ukraine believe that they have more to gain by fighting. Indeed, both sides seem convinced that they can win.

For Ukraine its military successes and territorial advances demonstrate that the tide of the war has turned on the ground due to its better training, logistics, intelligence, equipment and morale. For Russia, weaponising winter, attacking Ukraine’s electricity infrastructure as well as mass mobilisaton of reserve troops and regular threats of further escalation have convinced Moscow that in the long run it can break the will of Ukraine or its western backers.

Perhaps more importantly however, framing the war in these terms misses the wider challenge that Putin’s invasion of Ukraine poses for both the future of the European security order – and indeed the rules of the international system as a whole. In short, the problem is not confined to the war in Ukraine.

The problem is that a major world power has gone rogue and abandoned its adherence to the basic principles of non-intervention. Principles that sit at the heart of the international system of states. It has done this by leveraging the threat of nuclear war as a central element of its approach.

Further, Putin has indicated that his imperialist aims are not limited to the areas that it has recently declared to be Russian territory. Indeed, Russia’s imperial aims stretch to all of Ukraine, and to all Russian-speaking enclaves in Europe, including the Baltic states and Moldova.

Russia has also, since 2015, propped up the Syrian regime of Bashar al-Assad, enabling its use of poison gas against its own people. Russian soldiers have also been active in Africa, through the Wagner Group, where their efforts in more than a dozen countries advance Moscow’s political influence and commercial interests.


In both the Middle East and Africa, Russia is exploiting what it sees as the strategic vacuum left by US hesitance and withdrawal. In explicitly calling for the end of the US led international order it is acting on an alternative vision for the international system where Russia’s self-serving imperial influence is on the march.

To grant concessions to Russia at Ukraine’s expense would do little to pacify Russia’s grandiose power ambitions – quite the opposite, it would merely feed the beast. Europe’s borders, and international frontiers more broadly, would be forever open to challenge in a world with such a state as a major power.

How this war ends matters hugely beyond the confines of Ukraine’s internationally recognised borders. Russia’s claim that everywhere that speaks Russian should be part of the Russian state has obvious parallels for Taiwan and China’s claim to its sovereignty.

But even more importantly, Putin’s attempts at nuclear coercion are a fundamental challenge to the role of nuclear weapons within the international system. The lesson now drawn by many observers in Japan, South Korea, Taiwan and further afield is that possession of nuclear weapons is the only guarantee of a secure defence. And if the nuclear threat allows a weak army to make territorial gains by an illegal invasion of a neighbour, then the precedent set for offensive use of nuclear weapons in this way would be truly alarming.

By contrast, if Putin’s threat, or even limited use of nuclear weapons leads to Russia’s defeat in this aggressive war, then the signal sent to the international community is one that would diminish the status of nuclear weapons. If nothing else, this is worth supporting Ukraine’s fight for.

David Hastings Dunn has previously received funding from the ESRC, the Herder Henkel Foundation, and has previously been both a NATO and a Fulbright Fellow.