THOMAS TUCHEL has turned down an approach from Aston Villa to become their next manager.

Villa are searching for Steven Gerrard’s successor after sacking the former Rangers boss following the 3-0 defeat to Fulham.

Five coaches, including assistant managers Garry McAllister and Neil Critchley, have followed Stevie G out of the door as the Villans prepare a big rebuild.

Villa wanted to appoint ex-Chelsea manager Tuchel but are believed to have five other candidates in mind, report The Telegraph.

Mauricio Pochettino was believed to be the frontrunner for the role but he has reportedly rejected a huge offer from the club.

The Argentine wants to return to the Premier League but is holding out for a top club and is willing to bide his time after leaving PSG in the summer. 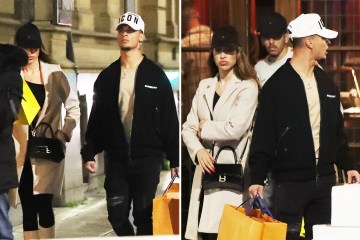 The Portuguese has been linked with the vacant manager’s job at Wolves and his stock is still high after winning the Primeira Liga in 2021 – Sporting’s first title in 19 years.

But Amorim snubbed Wolves as he has no desire to quit Sporting, so Villa may have trouble trying to persuade him to make the move.

Villa may also find it tricky to lure Thomas Frank from Brentford, though sporting director Johan Lange is a fan of his Danish compatriot and could activate his buyout clause.

Villa chiefs are ambitious but if they fail to land a top target they could turn to former Burnley boss Sean Dyche, who is still unemployed after leaving the Clarets in April.

That makes a deal more straightforward as Villa would not have to pay compensation and Dyche would likely jump at the chance to return to the Prem.

But before making a move for Dyche Villa could approach former Arsenal manager Unai Emery, though he may choose to stay at Villarreal after rejecting Newcastle this time last year.

2022-10-21
Previous Post: Liz Truss resigns as prime minister: the five causes of her downfall explained
Next Post: New cases of severe long COVID appear to be dropping – and vaccination is probably key