THE latest Covid wave has peaked, as infections have fallen 11 per cent in the last week, new data has revealed.

Around one in 21 people in the UK have the bug – with numbers now also falling in the youngest age groups.

Experts at the ZOE Symptom Tracker app revealed that there are currently an estimated 209,243 infections, down from 235,829 last week.

The decrease in cases, the medics say, indicates that the current wave has peaked.

Rates seem to have fallen in all age groups, with infections in those aged 0-17 dropping the most. 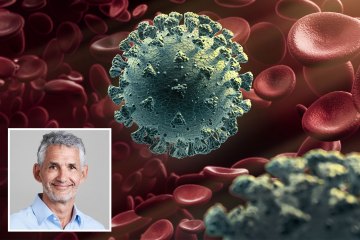 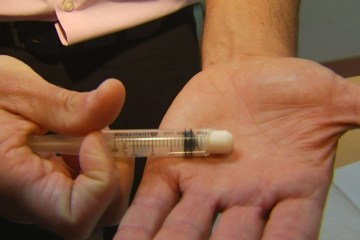 If you’ve had the virus before, then you might think you’d know exactly what to look out for.

But as strains have evolved and changed over the last two years, so have the symptoms.

The most recent data from the ZOE Symptom Tracker app states that there are 20 symptoms Brits should be on the lookout for.

This data refers to all Brits who have logged their symptoms on the app, regardless of how many jabs they have had.

How struggling with depression increases your risk of UK's biggest killer

For those who are double vaccinated, the top five symptoms are a sore throat, runny nose, blocked nose, persistent cough and a headache.

If you’ve only had one dose of the vaccine though, you’re more likely to have a headache, runny nose, sore throat, sneezes and a persistent cough.

Those who are unvaccinated will also be most likely to suffer with a headache. This is followed by a sore throat, runny nose, fever and a persistent cough.

The data comes after Professor Tim Spector of Kings College London, who is the expert behind the ZOE Symptom Tracker app has said we could see a fresh wave in January.

Prof Spector said cases could drift down to as low as 80,000 a day in the coming weeks.

Speaking to the i, he said he has ‘no idea’ why they have done this – but said it’s good news for those looking to gather during the festive period.

“But it means we probably will have a few weeks’ respite as the rates drop until January, so at the moment it’s looking like we might have a relatively peaceful Christmas, which is one time in particular when you do want rates to be low,” Prof Spector added.

However, he said the next peak, which could be witnessed in January, may exceed previous records of 350,000 daily cases.

Figures from the NHS released today show that as cases have slowed this week, so have hospitalisations.

Covid-19 hospital data is published once a week on a Thursday, so it will be some time before enough data is available to see evidence of a clear trend.

The figures today show the first week on week fall since September 18.

Around two-thirds of patients in hospital who test positive for Covid-19 are being treated primarily for something else – meaning in most cases, they haven’t gone into hospital with the bug initially.

The most recent data from the Office for National Statistics (ONS) published earlier this week revealed that deaths with Covid have risen by 39 per cent in the last week.

It comes as infection rates jumped by 30 per cent last week – with several areas becoming hotspots.

The Omicron strain is still the main variant circulating in the UK and has found to be milder than others that came before it.

The mammoth rollout of vaccines across the country has also meant that millions of Brits have been protected from severe illness caused by Covid.

But medics have now warned of a triple threat of Omicron subvariants that could cause havoc – as they may be able to escape immunity.

Coronation Street legend to dramatically return to the cobbles after 12yrs

Experts in Singapore have warned over the XBB substrain – which is thought to be down to a rise in cases in the area.

2022-10-20
Previous Post: Only half of Ireland’s wastewater treated to EU standards, report says
Next Post: Tyson Fury wants to BUY Morecambe and will ‘throw millions’ at League One side to get them into the Premier League