Somewhere Boy on Channel 4 review: it will knock your socks clean off 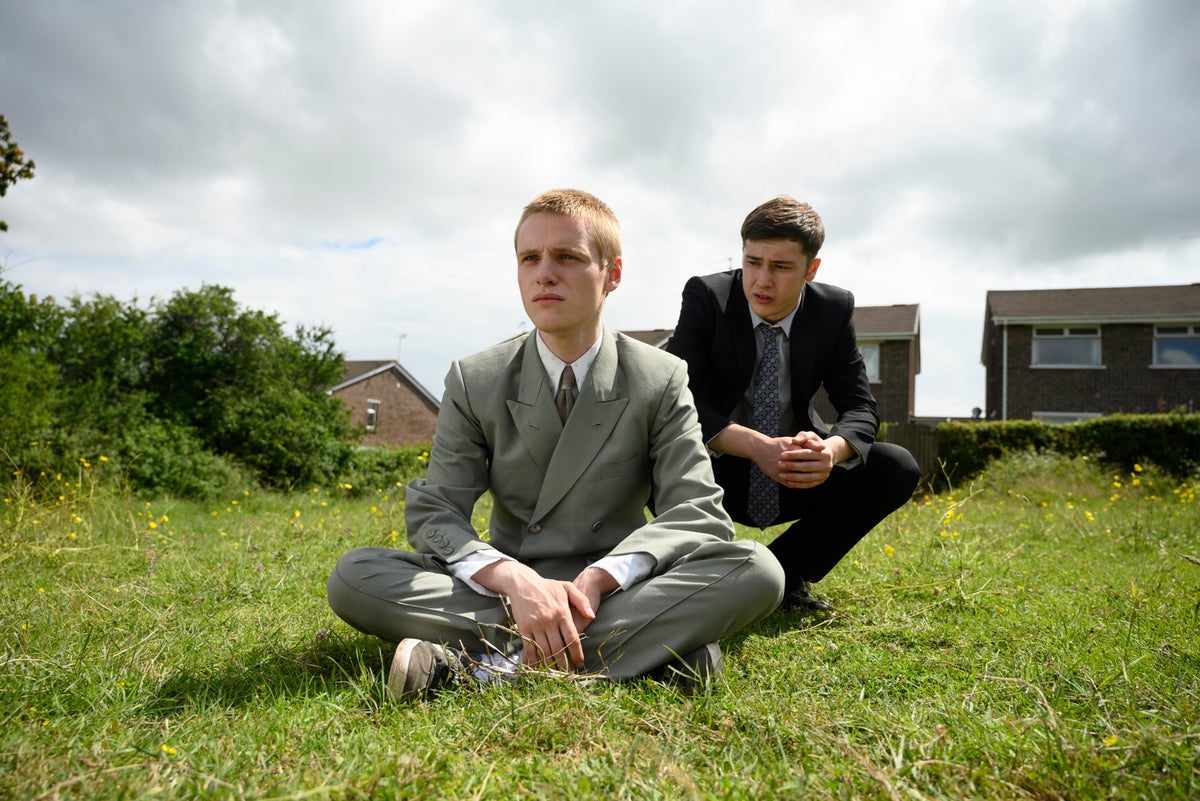 t’s safe to assume that if you’ve ever known, or been, an 18 year-old boy, the last word you’d use to describe one is innocent.

Yet that’s what we find in Danny (played hauntingly by Lewis Gribben), the protagonist in Somewhere Boy, a new Channel 4 drama that will knock your socks clean off.

After Danny’s mum dies in a tragic accident, his father Steve (Rory Keenan) responds in the most extreme way. He makes himself and his son recluses, withdrawing to a cottage in the back of beyond, with windows boarded up to protect them from the ‘monsters’ beyond.

Danny has grown up timid and obedient, any fledgling shoots of rebellion stamped out by threats of monsters. He’s technically a man but with none of the vital skills to equip him for the challenge of life. Danny doesn’t even know his own father’s sister, who takes him in when his dad dies. If you thought lockdown was bad, it’s not a patch on this.

It’s his aunt Sue (Lisa McGrillis) who steps up to shelter the shell-shocked boy – who has a pallor so brilliant he makes Caspar the Ghost look like David Dickinson – at her (normal) home with her family, who have some grumblings about the new arrival. His cousin Aaron (Sam Bottomley) is the same age, and trying to figure out the man he wants to be. He gives it all that, but we soon see that he’s more scared of the world than Danny is.

As Danny starts to tentatively explore his new, alien planet, you can’t help but root for this faux-adult, experiencing the firsts many of us have probably long forgotten: first friends, a first kiss, his first magic mushroom trip.

Between present day and flashbacks, we discover why his dad went to such extreme measures to hide him from the outside world. There are shades of Room here, but this is far from your typical captive/captor narrative. It’s about love, grief and denial, committed by the one closest to you of all. It’s about a father’s desperation to protect his child from the horrors of the real world.

Plenty of food for thought to have you chewing over it, like I did, long after the credits rolled.

2022-10-17
Previous Post: Ukraine war: why the world can’t afford to let Russia get away with its land grab – lessons from history
Next Post: Why many Ukrainians speak Russian as their first language