LIVERPOOL fans pelted Pep Guardiola with three coins worth a combined total of £2.50 during Sunday’s fiery clash at Anfield.

The cash was picked up by stewards and handed to the fourth official during the second half of Liverpool’s 1-0 win.

A piece of chewing gum was also thrown in the direction of the Manchester City boss – who later admitted that nothing had hit him.

But Etihad sources insist there were three coins thrown – despite claims from Liverpool it had only been one.

Asked about the incident after the game, Guardiola said: “Next time they will do it better. They didn’t get me.

“They tried but didn’t get me. They got it on the coach years ago but not this time.” 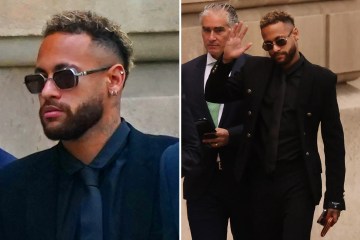 City are expected to lodge an official complaint to the FA over the incident later on Monday.

However they also believe it will be included in the report of referee Anthony Taylor when it lands.

Liverpool have said they will study CCTV footage and will issue lifetime bans for any fans who are shown to have thrown coins.

Last October members of City’s backroom team alleged they had been spat on by fans during the 2-2 draw at Anfield.

The Reds launched a full investigation but announced in November they could find no evidence of any spitting from their supporters and nobody was punished.

Meanwhile, Liverpool’s win takes them up to eighth in the Premier League table, but they are still six points adrift of the top four.

City’s loss sees them fall four points behind early pacesetters Arsenal and ends their 20-match unbeaten run in the league.

2022-10-17
Previous Post: Why food labels showing the exercise needed to burn off calories won’t work for everyone
Next Post: How to disagree without making enemies in the age of the pandemic – tips from a psychologist