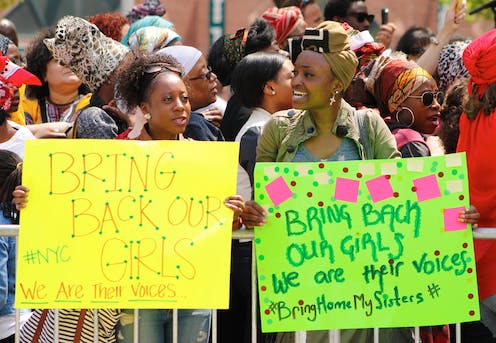 Kidnapping for ransom has become one of the most significant challenges facing Nigeria today, and the government is attempting to address this by punishing families who pay ransoms. But many believe this has little chance of tackling the problem.

Since 2009, Islamic terrorist group Boko Haram has conducted several bombings and attacks on innocent citizens and public infrastructure in the country. The group is particularly opposed to western education which they say lures people away from Islamic teaching as a way of life and has vowed to make Nigeria an Islamic state.

These attacks were followed up by numerous incidents of kidnapping for ransom, with Boko Haram targeting boarding schools, villages, churches and government facilities. Notable among these was the kidnapping in 2014 of 276 Chibok schoolgirls, aged between 16-18, from their boarding school in Borno state in the north-east of the country. This incident caused international outrage against Boko Haram and criticism of the Nigerian government’s handling of the security situation, resulting in the #BringBackOurGirls movement and protests in major cities across the world. To date, over 100 of the girls remain missing, while some are believed to have died.

A new amendment to Nigeria’s Terrorism (Prevention) Act 2013 now means families and friends of kidnap victims face up to 15 years imprisonment for paying to free loved ones. The lawmakers believe this will discourage kidnapping and abductions for ransom. It has also made the crime of abduction punishable by death in cases where the victims die. Some of the other measures already put in place by the government include restriction of residents’ movement in some states, deployment of the military, as well as closing down some mobile telecoms networks to prevent communication between terrorists.

But kidnapping for ransom has now spread from Boko Haram and bandits in northern Nigeria to militants across the entire country. Kidnappers collected more than US$18 million (£15.5 million) in ransom from June 2011 to March 2020 in Nigeria, according to Reuters.

Why the new law won’t work

The kidnapping law has been widely condemned as insensitive and impractical. Many Nigerians believe enforcing it is tantamount to a death sentence for kidnap victims.

Analysis of security trends in Nigeria suggests that there are two main reasons why this addition to the law is not the correct move. The reality on the ground is that most Nigerians lack trust and confidence in the police. In most instances, the police and state security operatives fail to respond to kidnapping incidents rapidly enough. Families of kidnapped victims pay ransoms out of desperation and helplessness, believing that the security agencies will not come to their aid.

Read more:
Who’s at risk of being kidnapped in Nigeria?


There have been several instances where kidnapped victims have been killed simply because their families and friends could not raise the huge amount being demanded as ransom by kidnappers. In 2021, six students from Greenfield University in the state of Kaduna were kidnapped and shot dead after authorities refused to pay ransoms of 800 million naira (£1.6 million) to secure their release. From December 2020 to April 2021, around 730 Nigerian students were abducted.

Poverty, unemployment, corruption, political violence and religious intolerance have created a fertile ground for insecurity and kidnapping in Nigeria. The high rate of youth unemployment in the country, currently around 30-35%, is believed to be a major factor responsible for the growth of kidnap cases. The huge ransom paid to Boko Haram by the Nigerian government for the release of some of the Chibok school girls in 2014 has created a pattern that is now peculiar to this country. Boko Haram and other criminal gangs now see kidnapping for ransom as an easy way to make money. But the rising levels of kidnappings across Nigeria cannot be divorced from the declining economic fortunes of the country.

Before the new law can be effective, the socioeconomic situation and provision of basic amenities, especially job creation, first need to be urgently addressed to reduce kidnappings.

Second, urgent steps need to be taken by the government to improve the working conditions and intelligence gathering capabilities of the police and other security agencies and to produce more public trust in the state. Providing the police with modern technology and training would not only ensure greater operational efficiency but will improve the confidence of Nigerians in the force. This would also enhance government efforts at tackling the escalating incidents of kidnapping.

Ayoade Onireti does not work for, consult, own shares in or receive funding from any company or organisation that would benefit from this article, and has disclosed no relevant affiliations beyond their academic appointment.