Cost of living crisis: the health risks of not turning the heating on in winter 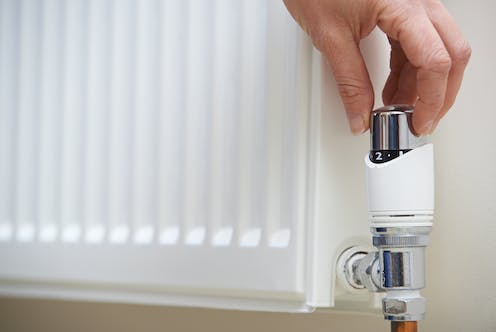 People in the UK might be tempted to keep their heating turned off to offset the large increases in energy bills this winter. A recent YouGov poll, revealed that 21% of respondents would not turn their heating on until at least November. Could the health of these people be endangered?

Before COVID, an average of 25,000 extra deaths occurred between December and March compared with any other four-month period of the year. Even if COVID did not exist, the cost of living crisis could result in the toll from the coming winter being worse than usual.

The Marmot review (a report investigating the effects of cold homes and fuel poverty) estimated that 21.5% of all excess winter deaths could be attributed to the coldest 25% of homes in the UK population.

This would suggest that 5,000 extra deaths occur in winter because people live in cold homes. But this does not mean the cold homes cause the deaths. People who live in cold homes may have other disadvantages, making them less able to survive winter.

Would it make any difference whether they leave their heating on or off? Studies suggest temperatures should be kept to at least 18℃ to minimise the risk to health, but how easy is it to maintain this if homes are poorly insulated?

Research into what is best for people’s health ideally relies on randomised controlled trials to tell us about cause and effect. But it would be unethical to conduct a trial where some people were told to leave their heating off and others were told to keep it on to see if it had any effect on mortality. Instead, we have to rely on what are known as “longitudinal studies” where people are followed over many years and respond regularly to questionnaires.

In one such study in the 1970s, the British Regional Heart Study recruited thousands of men, then in middle age, from across Great Britain. In 2014, around 1,400 of these men, then aged 74-96 years, answered a questionnaire that included questions on home heating.

One question asked whether, during the previous winter, the respondent had: “Turned off the heating, even when you were cold because you were worried about the cost?” One hundred and thirty men (9.4%) said yes. These men seemed no more likely to die in the following two years than men who had replied no.

Recently, researchers in Sweden tried to assess a range of questions about the effects of energy use, fuel poverty and energy efficiency improvements on people’s health. They systematically reviewed all the relevant studies on the topic. One of their findings showed consistently across four studies the link between fuel poverty and premature death.

The British Regional Heart Study showed that fuel poverty was more likely to be found among people who were single, poor and working class. This suggests that people who are the most financially vulnerable will be those most likely to leave the heating off. As with climate change, the poorest are hit hardest.

So far I have only discussed effects on health in terms of death, which in the UK concerns mainly older people. The winter deaths that occur are usually the result of heart disease, stroke and respiratory disease. Yet increasing attention has also been paid to the strong effects of the cold on mental health.

The Marmot review quoted studies that drew attention to the depressive effect of living in a cold home. Children in adolescent years may seek respite and privacy away from home, with consequent exposure to mental health risks. The misery caused by financial pressures only add to this burden.

Because the most financially vulnerable people are also the most vulnerable in their health, it should follow that interventions at government level are urgently needed to offset the likely health crisis looming from increased energy costs.

The most vulnerable will need the most help. Yet a common paradox seen in public health is that interventions applying to the whole population will lead to more lives saved than those targeted only to those at greatest risk.

Buildings in the UK clearly need to be better insulated, but these sorts of interventions will come too late for this winter. Mitigating the rising costs of energy must be the only way forward to allow homes to be heated to a comfortable level and prevent a tidal wave of excess winter deaths.

Richard Morris carried out research on this topic while employed by UCL (up to 2014) and University of Bristol (2014-2020): these employments were both HEFCE funded.

2022-09-13
Previous Post: UK cinemas to close or screen Queen’s funeral on Monday
Next Post: Kharkiv offensive has shown the west that Ukraine can win