How energy-saving advice can hurt the most vulnerable households 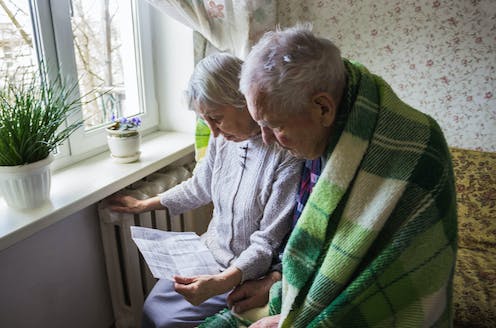 With UK households facing a dire energy crisis, there has been no shortage of advice from politicians, experts and journalists about how to save energy. Not all of this advice has been good.

Former prime minister Boris Johnson suggested that buying a new kettle for £20 could save households £10 a year on electricity bills – a comment that was criticised for being unhelpful as well as wildly out of touch with the everyday struggles of Britons.

Prompting similar criticisms, former Conservative MP Edwina Currie said that rather than catastrophising about the 80% increase in the price of energy in October, we should be lining our radiators with tinfoil to save energy.

Some advice, like that provided by Money Saving Expert Martin Lewis and the Energy Savings Trust, can be useful or even obvious. Switching off appliances on standby and draught-proofing your house are two examples. But telling people to rely on tips like drying your hair at the office or burning books for warmth can be unrealistic, absurd or downright dangerous.

In the right setting, energy advice can be beneficial for households and communities. One example is energy cafes, which have demystified energy bills with community events that provide face-to-face advice.

But advice is not a substitute for the government providing the wide-reaching financial support and investments in energy efficiency necessary to assist households at the sharp end of the crisis. Put simply, lining your radiator with tinfoil is not going to fix the scale of energy price hikes anticipated for the coming year.

A focus on energy-saving advice and “hacks” can perpetuate a misguided and potentially dangerous narrative: that if only low-income households were more prudent, efficient and sensible with their energy use, they would not be struggling to pay their rising bills.

Recent evidence from UCL’s Institute of Health Equity reaffirmed the devastating impacts that being without sufficient energy can have on physical and mental health. Its estimates suggest that 10% of excess winter deaths can be directly linked to fuel poverty – and 21.5% of those deaths are linked to cold homes.

For the most vulnerable households, popular advice can be exclusionary or even insulting. Telling people to shower at the gym, or to plug their phone in at work, assumes that they have a gym membership or work in an office where they can safely leave devices to charge.

And households are already cutting back. Indeed, in the face of the recent price hikes, the charity National Energy Action argued that for millions of low-income households, there is nothing left to cut. They are already being priced out of warmth and power.

Evidence from the Resolution Foundation shows that low-income households will have to cut back spending on non-essentials by three times as much as better-off households to afford their energy bills this winter.

Asking households to reduce or shift energy demand – “energy rationing” – has been widely discussed as a mechanism for managing the potentially limited, expensive and volatile energy supply forecast for the coming winter. While new prime minister Liz Truss has ruled out blackouts, experts warn that the UK should be prepared for both scheduled and unscheduled periods without power due to supply restrictions.

Reductions in demand for energy at the household level need to be carefully designed to target those who can do so safely, without endangering their health. Those with higher energy needs who are often already disadvantaged by the energy system need to be prioritised. This means older people, young children and people with disabilities or long-term health conditions.

Energy demand reductions should be targeting high-consuming affluent households or energy services that might be considered excessive or luxuries.

People living on low incomes are typically very good at managing limited budgets and making resources stretch as far as possible. In fact, low-income households are often much better at reducing energy consumption than their relatively affluent counterparts.

We cannot and should not expect households who are struggling to afford basic necessities – including warmth, hot water, clothes washing and lighting – to “hack” their way out of this unprecedented hike in the cost of energy.

2022-09-09
Previous Post: COVID vaccine: children aged 5-11 in England will no longer be offered a jab – here’s why that’s bad news
Next Post: London Theatre pays tribute to the Queen