Liz Truss may not appoint an ethics adviser – does that really matter? 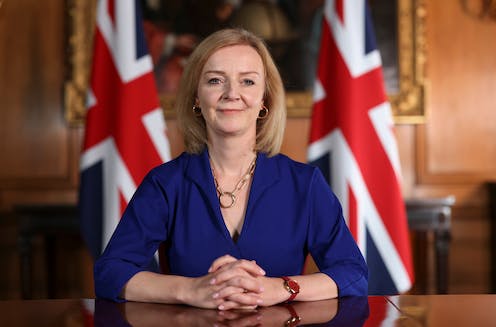 Liz Truss, who is likely to be prime minister next week, has indicated that she may not appoint an ethics adviser. She said she has “always acted with integrity”, so there is no need for an official to advise her.

As with many other aspects of British politics, ethics advisers and the code they abide by do not exist as part of written law. The British constitution is essentially the compound of laws and conventions. It is famously unwritten, but only in the sense of there being no single codified document. In practice, it is “written” as ruling parties accept and observe conventions. These conventions may come about in reaction to wrongdoing and controversy.

The role of ethics adviser exists because a series of scandals in the early 1990s led then Prime Minister John Major to appoint the committee on standards in public life. The committee identified seven standards – selflessness, integrity, objectivity, accountability, openness, honesty and leadership – that the public should expect their ministers to abide by.

These, known as the Nolan priniciples after the committee’s first chair, were enshrined in the ministerial code. This code had existed in various arrangements since the 1970s, before being formalised in 1992 and published under its current title five years later. It is updated periodically by the prime minister of the day.

The arrangements for who investigated breaches of the code of conduct were ad hoc, until, in 2006, then Prime Minister Tony Blair created the office of the independent adviser on ministerial interests. The adviser would be “able, at the prime minister’s request, to investigate alleged breaches of the ministerial code”. The adviser would also publish an annual report.

Of the four ethics advisers there have been, two have resigned under Boris Johnson.

Allan pronounced that Patel “has been in breach of the ministerial code”. The prime minister immediately replied, on November 20 2020, that in his judgment “the ministerial code was not breached … and considers this matter now closed”. Later that day, Allan resigned.

After five months without an adviser, the prime minister appointed Lord Geidt, former private secretary to the Queen. Johnson also “updated” the terms of reference, that rule-breaking ministers would not automatically be expected to resign.

Geidt’s tenure was marked by months of speculation as to whether he had been misled by the prime minister over the financing of the redecoration of the private quarters in 10 Downing Street. But it was over the government’s apparent willingness to break international law over steel tariffs that, in June 2022, Geidt resigned.

Both advisers had been, in Sir Alex’s words, “bypassed” by a prime minister who, according to Lord Geidt, risked a “deliberate and purposeful break of the ministerial code”, leaving his ethics adviser in “an impossible and odious position”.

The prime minister’s ethics adviser is a shining example of the peculiarly British way of governing, known to some as “muddling through”. That description was once a reflection of affection, a Yes, Minister sort of culture (referring to the 1980s sitcom). But in an increasingly partisan and polarised era, it appears less benign.

The ethics adviser is not independent, has no autonomy, and is not appointed through an open process. The practice is political. And as the government has stated: “It is the prime minister’s responsibility to set standards of behaviour.”

With her comments, Truss highlighted the essential anomaly: not only does the prime minister personally choose the official who advises them as to the integrity of their and their colleagues’ conduct, but for any investigation even to take place, the prime minister must approve it. And should that adviser resign because their advice was ignored, the prime minister can elect simply to not replace them.

It’s been said that the British constitution is “what happens”. It can also be what doesn’t happen.

Martin Farr does not work for, consult, own shares in or receive funding from any company or organisation that would benefit from this article, and has disclosed no relevant affiliations beyond their academic appointment.