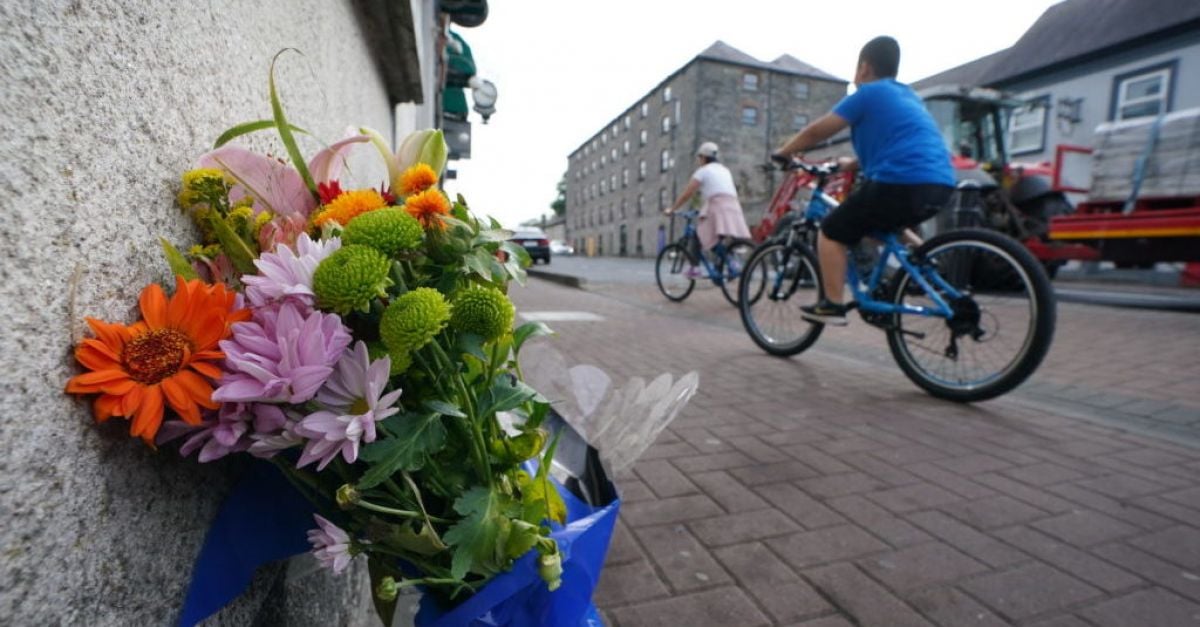 The mother of the victim of a fatal assault in Co Kildare told her son’s funeral mass on Sunday that the family are “humbled” by a wave of condolences sent to them “from all over Ireland”.

Dylan McCarthy (29), from Kilmallock, Co Limerick, sustained fatal injuries when attacked by several people at a pub in Monasterevin on August 21st.

Mr McCarthy had travelled with family from Kilmallock to the Kildare town to celebrate the birth of his godson and nephew, Liam.

Hundreds of mourners who attended the young man’s funeral Mass at St Peter and Paul’s Church, Kilmallock, heard he was a “treasure” to his family, who carried out Mr McCarthy’s wishes by donating his organs after his death.

The funeral heard the organs were received by four people in need of life-saving transplant surgeries.

Mr McCarthy’s mother, Marita, thanked staff at Tallaght Hospital for their support and efforts in trying to save her son. “Their professionalism and care of Dylan and their kindness to us will never be forgotten,” she said.

“We are so grateful and blown away by our community, especially the GAA for the guards of honour over the last few days. The candlelit vigil [on Friday night] was so comforting and an example of why Kilmallock is the best place in Ireland and probably the world.”

Ms McCarthy also thanked the staff at Portlaoise Hospital and St James’s Hospital, Dublin for treating her husband and Dylan’s father and “best friend”, Eamon, who sustained facial injuries during the attack on their son.

“Thank you to the organ donor service who assisted the donation, and the gardaí for all you have done for us and to the Garda Family Liaison Officer for keeping us up to date with information,” she added.

“It never seems right, that parents should lose a child and we cannot but feel that God has got things in the wrong order, it is a tragedy for all concerned, a young life needlessly ended, causing so much suffering, pain and grief to those who loved him so dearly, it is a tragedy that we cannot make sense of”.

Reading a tribute written by Mr McCarthy’s family which drew laughter from the congregation, Fr Bluett continued, “Dylan was a legend, well, that’s how he described himself”.

It is with the heaviest of hearts that we at Kilmallock Gaa pass on our heartfelt sympathies to the family and friends of Dylan McCarthy.
Dylan played underage hurling and football at underage level and also played u21 and Junior hurling . He was a huge addition to any team and a pic.twitter.com/dpynra1Uq4

“He was honest, patient, positive, thoughtful, forgiving, show gratitude and generosity, have good manners and show an interest in others – he was all of this and more, and his generosity as an organ donor will live on in four organ recipients – as he’d say himself, my legend will still live on.”

“Dylan will be remembered as being witty, and with a beautiful smile, his laugh was loud and infectious, he was so laid back he was horizontal, that’s of course, until he got on the hurling field.”

Kilmallock GAA and Limerick hurling were the world to Mr McCarthy, who travelled with his father to Croke Park for the last three years to see the Shannonsiders lift the Liam MacCarthy Cup, said Fr Bluett.

Local hurler Graeme Mulcahy’s three-in-a-row All Ireland winning Limerick jersey which was presented to Mr McCarthy’s family following his death, was placed beside his coffin next to his own hurley, helmet and sliotar.

Dylan McCarthy killing may not result in murder ch…

“He was a college All-Ireland racketball champion, and wore his jersey with his initials regularly,” said Fr Bluett.

“After his 29th birthday on the 26th of June, his mother rang him and told him he was the best thing that had ever happened to her.”

Local soloist Lisa Finn and pianist Colette Connery-Duggan performed Dreams by The Cranberries, which has become a Limerick hurling anthem, while players from Kilmallock GAA Club performed a guard of honour as their former teammate’s coffin was taken from the church to his final resting place at Dromin Cemetery.