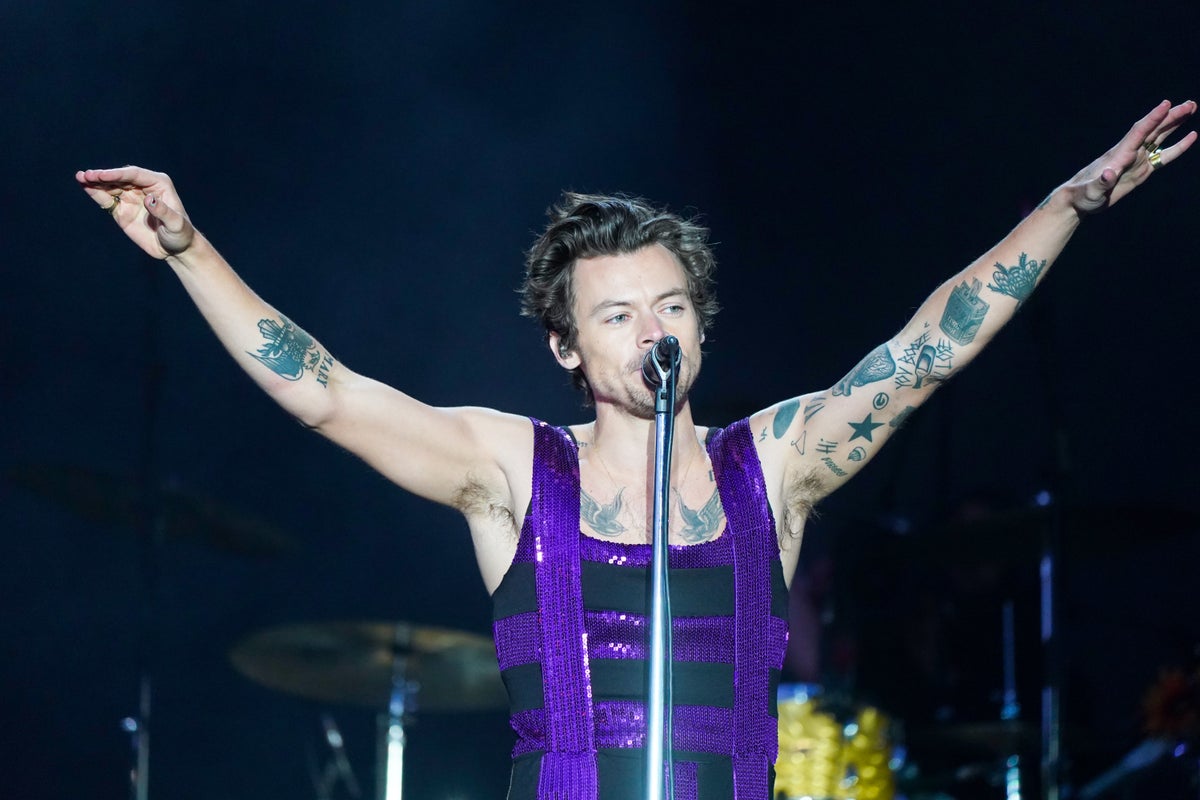 arry Styles has extended his global tour to include 22 new dates – including two nights at Wembley Stadium.

The former One Direction star, 28, is on the road as part of his Love On Tour series and currently in the midst of 15 nights at Madison Square Garden in New York.

The dates are in support of his third album, Harry’s House, which has proved both a commercial and critical success.

On Friday, he announced new 2022 shows in Austin, Chicago and Sao Paulo in Brazil alongside a venue upgrade in Lima, Peru, to the 38,000-capacity Estadio Nacional.

Isle of Wight indie rockers Wet Leg will support him during the newly-added European dates, which also include visits to Denmark, Germany, France and the Netherlands.

Styles recently featured on the cover of Rolling Stone magazine and in his interview addressed the abuse those close to him, including his girlfriend Olivia Wilde, have faced online.

He told the publication that even with the boundaries he has set between his public and private lives, sometimes “other people blur the lines for you”.

They have been in a relationship since actor and director Wilde cast him in forthcoming psychological thriller Don’t Worry Darling opposite fellow British star Florence Pugh.