RISHI Sunak has sensationally accused No10 of strangling disagreement over lockdown – and admitted the government “was wrong to scare people”.

The ex-Chancellor said Downing Street ignored his concerns about the havoc Covid restrictions would wreak on the economy, schools and the NHS.

In a bombshell interview he told The Spectator: “I wasn’t allowed to talk about the trade-off.

“The script was not to ever acknowledge them.

“The script was: oh, there’s no trade-off, because doing this for our health is good for the economy.”

Mr Sunak claimed he railed against the government’s “fear narrative” that petrified Brits into following the rules, accepting now “it was wrong to scare people like that”.

He also said doomster Sage scientists were “empowered” far too much and sometimes failed to acknowledge dissenting voices. 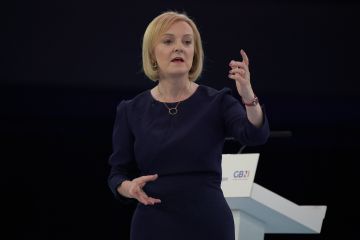 And he claimed he stopped Britain plunging into a fourth Omicron-fuelled lockdown by practically threatening to resign if Boris Johnson pulled the trigger.

Senior Tory sources hit back at the wannabe PM last night for a “total rewriting of history”.

Critics fear the leadership outsider has taken a “scorched earth” approach since his chances of winning all-but evaporated.

He has refused to say whether he will support Liz Truss in Parliament, raising the prospect of a full-scale revolt among his stropping supporters.

Most read in Politics

Unimpressed allies of the Foreign Secretary warned that splintering the party risked handing the next general election to Sir Keir Starmer.

2022-08-24
Previous Post: Cataracts: we’re working on eye drops to treat them so people don’t need surgery
Next Post: Criminal barrister strike is no surprise – their pay can start at less than minimum wage