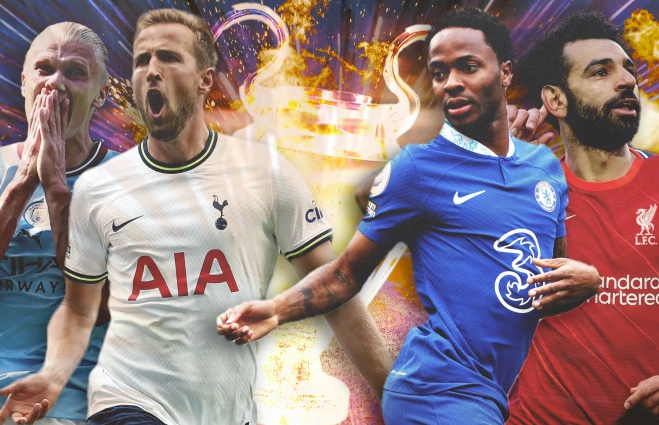 Thursday’s Champions League group-stage draw in Istanbul will only bring home to fans just how much a test of strength even only the FIRST half of the campaign is going to be.

Tottenham’s return to the Euro elite will have a major knock-on effect for N17 finances while Chelsea, Liverpool and Manchester City have all been finalists over the past two years.

But with surprise Prem pace-setters Arsenal, as well as Manchester United, having to wait an extra 24 hours before discovering their Europa League schedule, all of England’s Big Six — plus potentially West Ham — will be plunged into a fixture list like they have never known.

The winter World Cup means that the domestic campaign will be split in two, with 16 Prem games by November 13 – a six-week break – and then 22 more matches from Boxing Day.

Yet it has also forced Uefa to redraw its normal timetable, meaning an unprecedented programme from the start of next month.

The six Champions League group games – starting on September 6 – will be compressed into just 57 days, six midweeks out of nine.

Two of the other midweek slots are taken up by the lone international break before the World Cup, when England must take a minimum of four points from matches with Italy and Germany to have any chance of avoiding Nations League relegation.

With boss Gareth Southgate looking to fine-tune his Qatar preparations, there is not much chance of players being rested.
And the ‘spare’ dates, October 18-20? A chance for respite, possibly?

Nope. That has a full Prem fixture programme, including Liverpool hosting West Ham, Manchester United against Spurs at Old Trafford and City’s visit to Arsenal.

And between the weekend before the start of Europe, when Arsenal travel to United, to the one after it is over – with Spurs playing Liverpool and Arsenal at Chelsea – there will be 12 Big Six Prem clashes.

2022-08-24
Previous Post: Criminal barrister strike is no surprise – their pay can start at less than minimum wage
Next Post: Porter x 3 at University of Bath