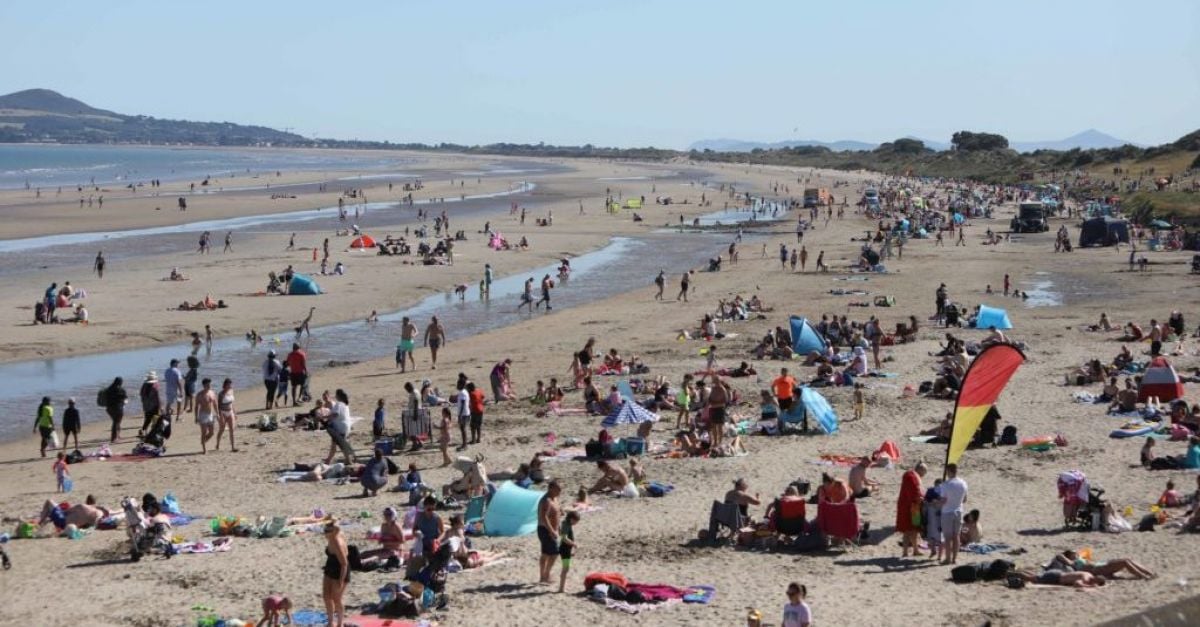 The highest temperature for August in almost 20 years has been recorded with heatwave conditions forecast over the coming days.

A value of 29.2 degrees Celsius was recorded at Met Éireann’s Oak Park weather station at 3pm on Wednesday, the highest since the 30.3 degrees maximum at Balderrig, Co Mayo on August 8th, 2003.

The highest-ever temperature recorded in Ireland in August was 31.5 degrees at Oak Park on August 2nd, 1995.

Provisionally the highest temperature at our synoptic stations today was at Oak Park, Co Carlow with 29.2°C, which is 9.3°C above its 1981-2010 long term average and the highest August temperature in Ireland since 2003 pic.twitter.com/Lo44yX32q2

Met Éireann forecaster Liz Gavin said the all-time record temperature for August was “one to watch over the coming days”.

Very hot weather will remain in place until Sunday with highs of 29 degrees in many places.

A status yellow weather warning for high temperatures is in place for Leinster and Munster from Wednesday until Sunday at 6am. The warning said night-time temperatures would generally stay above 15 degrees.

While maximum temperatures may be between 27 and 29 degrees, coastal areas should be cooler due to sea breezes, Met Éireann said.

It will however be a little cooler along coasts pic.twitter.com/Sos93Czvmq

Met Éireann senior forecaster Gerry Murphy said the high temperatures forecast for the next few days meet the criteria for a heatwave. Speaking to RTÉ radio, Mr Murphy explained the definition for a heatwave in Ireland is temperatures in excess of 25 degrees for a period of five days in succession.

“In this case, while we don’t expect the temperature to reach quite as high as it did recently, we do expect the temperatures will be in the high 20s in a good part of the country for five days in succession, which should categorise it as a heatwave.” Mr Murphy added that it was not unusual to have two hot spells in a summer.

An orange-level fire warning is now in effect for the entire country from midday on Wednesday until next Tuesday.

The alert states that a high fire risk is deemed to exist in all areas where hazardous fuels such as dead grasses and shrub fuels such as heather and gorse exist.

The State’s interim chief medical officer Prof Breda Smyth issued a warning to the public to take care in the sun over the coming days. Older people, young children and babies are more vulnerable to the effects of the hot weather, she said.

The Health Service Executive (HSE) has also warned people to take steps to avoid getting sunburned in the sunny weather, which can lead to heat exhaustion or heat stroke.

2022-08-10
Previous Post: Trans rights and political backlash: five key moments in history
Next Post: Corporations want to profit from the world’s problems – here’s how they can solve them instead