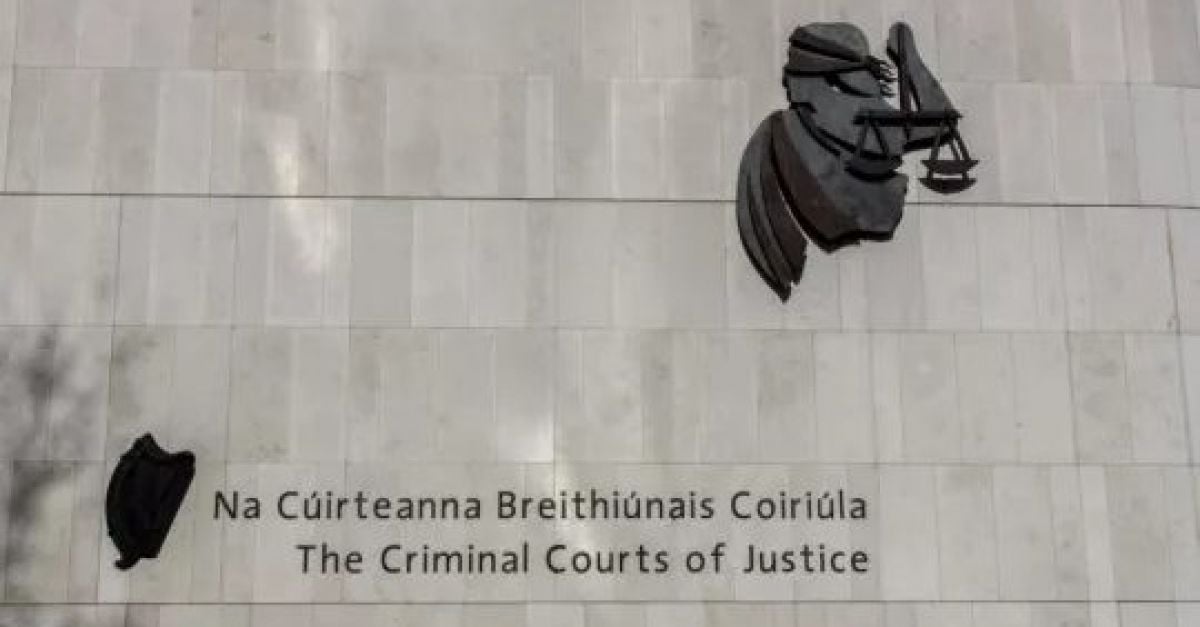 A young woman who was driven to a beach and gang raped in a car by three teenagers has described how she had to go through two trials and several days of “cruel” cross-examination in her fight for justice.

Dion Genocky (23), Troy Ryan (24) and Daryl Rooney (24) were 17 and 18 years old when they drove the then 18-year-old teenager to Dollymount Strand six years ago, where they then took turns raping her.

The court heard that after she was raped by the three men, the woman was told to get into a second car which had arrived at the scene. Two more men from that car then raped her before leaving her on the beach. These men are not before the court.

Genocky of Clarion Quay Apartments, Rooney of Railway Street and Ryan of Lower Gardiner Street, all in Dublin city centre were convicted of raping the woman at Bull Island, Dollymount, Dublin, on January 5th, 2016, following a second trial at the Central Criminal Court this year.

The jury in the first trial, which was held in 2020, was unable to reach a verdict.

At a sentence hearing on Friday, the court was filled with supporters who had written testimonials on behalf of the three men and who were present in order to be cross-examined.

Eilis Brennan SC, defending, said she did not need to cross-examine these people as they had all stated they were aware of the rape convictions.

Mr Justice David Keane said he would accept the testimonials on that basis and the court was cleared so only two to three supporters for each man remained in court. The woman did not attend court in person and gave her victim impact statement via video-link.

She told the court her life has been on hold for the last six years. “I have been waiting fearfully for the day they would get away with the pain and trauma they caused me,” she said. “I never felt like me again after they raped me and left me scared for my safety.”

The woman said she had to go through two trials where she was cross-examined “for days on end” and “cruelly questioned” about her past and her childhood, much of which was spent in care.

“I did not feel like the victim,” she said.

“My mental health has suffered so much since they gang raped me,” she said.

She told the court she has struggled with drug addiction and she will never get these years back.

The woman concluded her statement by saying she hopes the three men “pay for the pain, trauma and loss they cost me on that night”.

Sergeant Paul Sweeney told Ms Brennan that on the day in question, the young woman, who had recently left State care, travelled to Dublin to meet with friends. Later that evening, she purchased some Xanax pills and then went to an internet café.

While there, she was approached by a boy and told that the three teenagers, who she had never met before, wanted to talk to her. The men told her they wanted to bring her for a “quick spin”.

The woman initially declined, but eventually agreed and left the café with Ryan (17) and Rooney (18) to get into a car outside, which was driven by Genocky (17). The trial was shown CCTV footage from the internet café.

The court heard the men drove out to Clontarf and down to the end of the wooden bridge at Dollymount Strand where they stopped by a shelter. Genocky then asked the woman: “Are we going to have some fun?”

The woman replied no, she didn’t want to and she had only wanted to go for a short drive, but the men were “refusing to listen”, the court heard.

Genocky and Rooney got out of the car and stood in the shelter while Ryan produced a condom from a stash in the glove box of the car and proceeded to rape the woman. When he was finished, Genocky got in and put a condom on.

Genocky tried to “sweet talk” the woman, the court heard and said he wasn’t going to hurt her, before he proceeded to rape her.

Genocky then handed a condom to Rooney who raped the woman. At this stage, the woman “didn’t even get a chance to say no”.

It was “three against one” and she didn’t have a choice, the court heard.

The trial heard her door had a child lock on it and she could not get out of the car the whole time she was there.

The woman was told another person was going to pick her up and bring her home and the men left the scene quickly. Another car arrived containing three men and she was raped by two of the men in this car. She said that the men all got into the car afterwards, laughed and drove away, leaving her in the middle of nowhere.

The court heard mobile phone evidence from one of the men’s phones showed he rang an occupant of the second car.

The woman immediately called 999 and was taken to hospital. The men were identified from CCTV footage taken from the internet café and arrested in 2018.

Genocky gave evidence at trial and said he never disrespected a woman in his life. Defence counsel claimed the woman initiated sex and Genocky said the woman was treated with nothing but respect by himself and his “two gentlemen friends”.

Rooney has 225 previous convictions including violent disorder, drugs, public order offences, trespass, theft and road traffic matters. All three have been in custody since April, when they were found guilty.

The court heard the men all have partners who were in court to support them. They are now fathers, except for Ryan, whose partner is pregnant with their first child.

Defence counsel handed in a number of reports as well as the testimonials on behalf of the men. Mr Justice Keane adjourned the case to October 21st, when their pleas of mitigation will be heard.

If you have been affected by any of the issues raised in this article, you can call the national 24-hour Rape Crisis Helpline at 1800 77 8888, access text service and webchat options at drcc.ie/services/helpline/, or visit Rape Crisis Help.

2022-07-29
Previous Post: Covid cases finally tumbling as worst of the summer Omicron wave is over
Next Post: Pope Francis: perhaps it is time for him to retire – here’s what it could mean for the future of the papacy