A NEW subvariant of Omicron has become dominant in the UK, experts have revealed.

BA.5 was first detected in April and was made a variant of concern in May.

But the Covid strain has continued to gain traction across the county and is now responsible for 79 per cent of cases.

Coronavirus cases have increased in recent weeks and fresh data today states they are up 10 per cent on last week’s figures – but Omicron is a milder strain than those that came before it.

The mammoth roll out of vaccines and previous infections has helped protect Brits from serious side effects of the illness.

However, chiefs at the UK Health Security Agency (UKHSA) said now is not the time to be complacent and urged the most vulnerable to make sure they are up to date with their jabs. 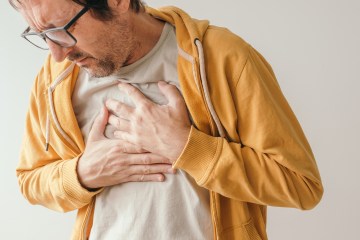 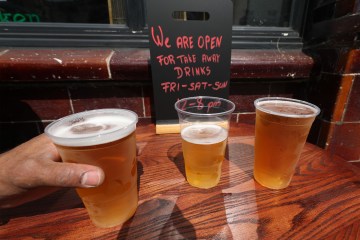 It comes as figures from the Office for National Statistics (ONS) today revealed that one in 17 people currently have the bug.

Infections were higher than the week before but have levelled off in every region except the North West, raising hopes of an end to the summer wave.

NHS figures show the number of patients in hospital with the bug began to fall on Monday, when it peaked at 14,044 – by Thursday it was down to 13,375.

Experts are also looking into other variants – namely Omicron BA.2.75.

This comes from the BA.2 lineage which was identified earlier this month.

Dr Meera Chand, UKHSA Director of Clinical an Emerging Infection, said: “We continue to monitor the emergence of new variants and give them variant designations if they are sufficiently distinct to warrant separate epidemiological and laboratory assessment.

“It is not unexpected to see new lineages and continued investigation is a normal part of the surveillance of an infectious disease.

“It is important that everyone ensures that they are up to date with all vaccinations that have been offered as they remain our best form of defence against severe illness.”

The latest data from the ZOE symptom tracker app revealed that 57 per cent of people logging their symptoms on the app experienced a sore throat, while 49 per cent had a headache.

It’s a change from the three main signs that had previously been set out by the NHS which were a new persistent cough, a high temperature and a loss of taste and smell.

Around 40 per cent of people though are still experiencing some sort of cough.

They revealed that the top five signs to look out for include:

Other key signs people are experiencing at the moment include a cough with phlegm, a hoarse voice, sneezing, fatigue and muscle aches and pains.

The BA5 strain is the third of the Omicron family to take over since it first appeared last Christmas and has evolved to spread faster but is still milder than previous strains.

The ONS said the current trend is “uncertain” and the BA.5 takeover wave has hit similar levels to the spring surge, when BA.2 became dominant.

2022-07-22
Previous Post: Persuasion: why the Netflix adaptation is actually worth a watch, according to a romantic literature expert
Next Post: Centaurus: what we know about the new COVID variant and why there’s no cause for alarm