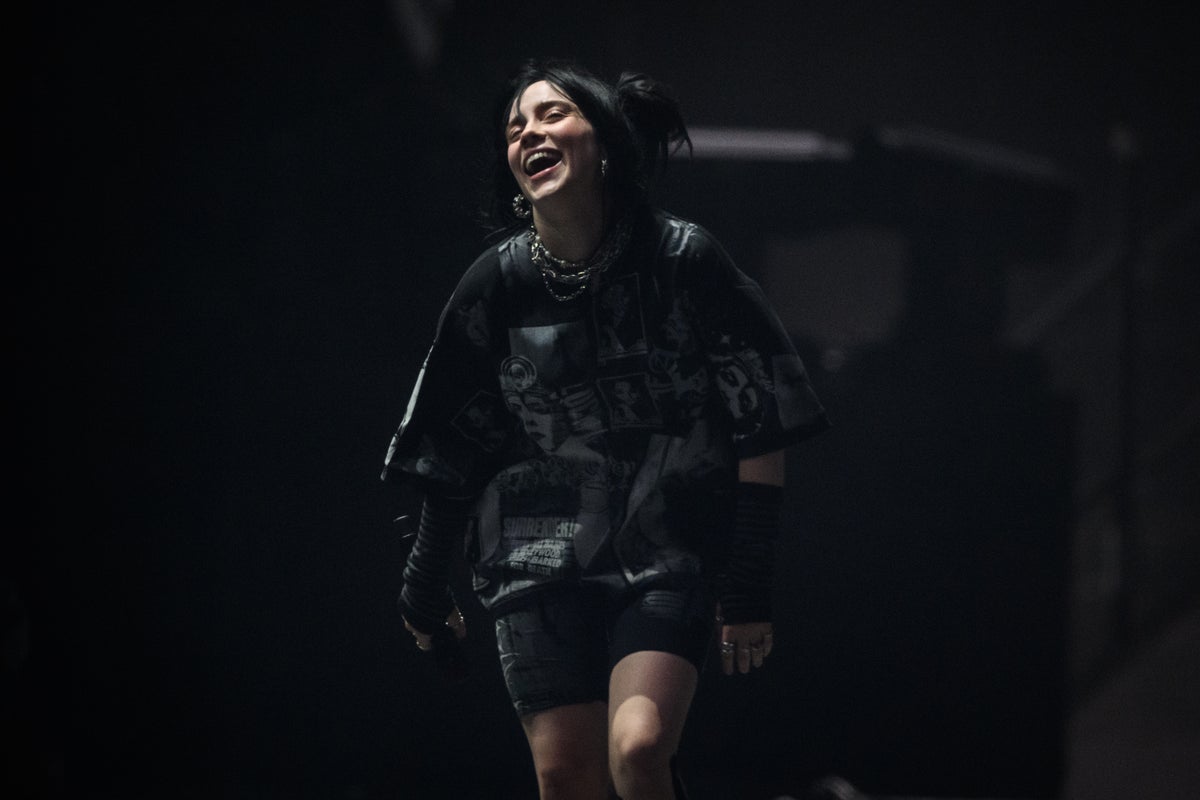 Are you ready to have some fun?” asked Billie Eilish, in an endearingly creaky, fake British accent, before flashing a huge grin. It was early on during her Friday night set in front of a sprawled Pyramid Stage crowd at Glastonbury’s big, heavily refreshed 50th-anniversary comeback jamboree. And it was as sure a sign as any that those who had come expecting hesitance or buzz-killing darkness from the youngest headliner in the festival’s history had come to the wrong show.

From the moment she appeared (bang on time), power-posing in signature oversize t-shirt and messily bunched inky black hair, this was a stunningly assured case of someone rising to the occasion; a ravey, shape-shifting pop masterclass illuminated by a beam of unexpectedly touching positivity.

It did not feel, earlier in the day, like this was a foregone conclusion. The prevailing rhetoric beforehand – both in the press, and in some muttered conversations heard on site – had been the question of whether this prime slot was all a bit too much too soon for a 20-year-old whose only previous appearance at the festival was an early evening Other Stage set in 2019.

Thankfully, from the introductory opening strains of Bury A Friend – with Eilish jumping with gusto and breaking into expressive, faintly yogic poses – the new-minted Oscar-winner’s supersize charisma was palpably obvious. Billie Bossa Nova (from the more meditative and stripped-back 2021 album Happier Than Ever) was a strutting, gently R&B-inflected showcase for those spine-tingling vocals. And a quick hit double whammy of early songs Ocean Eyes and Bellyache prompted the night’s first, screamingly hoarse singalongs among the heavily Gen Z crowd.

Given that Eilish is currently on an ever-expanding world tour (this show itself is sandwiched between a sold-out, six nights at The O2) part of her pre-show challenge was to find that extra sprinkle of specialness; to guard against the sense that this was just another stop-off for the Eilish juggernaut. Though there were no unexpected covers or surprise guests (persistent rumours had been swirling on the ground that Harry Styles was going to show up), the new-minted Oscar winner leant into the occasion with lots of audience interaction (including an exhilarating mass jump during the bustling rhythms of Oxytocin and a cleansing, group ‘tantrum’ before the skittering, minimalist You Should See Me In A Crown).

There was also explicit reference to the Roe vs Wade verdict – which had hung like a dark cloud over many of the evening’s performances – via a damning, emotionally raw preface to a gorgeous, acoustic performance of Your Power, featuring brother and songwriting partner Finneas plucking beside her on guitar.

But, in the end, Eilish’s reluctance to tick off a lot of the Glastonbury headliner cliches felt like its own intentional choice. Art direction on the sloped stage (bar gusts of flame, strobing lights and themed, faintly gothic images on the screen) was minimal; there were repeated instances of the sort of earnest motivational messages (“I want you to be present”) that somehow didn’t feel cloying. It was a show about the present and the future, rather than the past, and all the better for it.

It ended with the anthemic, gear-shift finale of Happier Than Ever, a burst of fireworks overhead and the lasting theme of joy flooding in to replace darkness. A perfect message, and headliner, for Glastonbury’s grand, post-Covid rebirth.

2022-06-26
Previous Post: Art Shop Supervisor at University of the West of England, Bristol
Next Post: Glastonbury: Thousands flock to see George Ezra at his ‘not so secret’ show