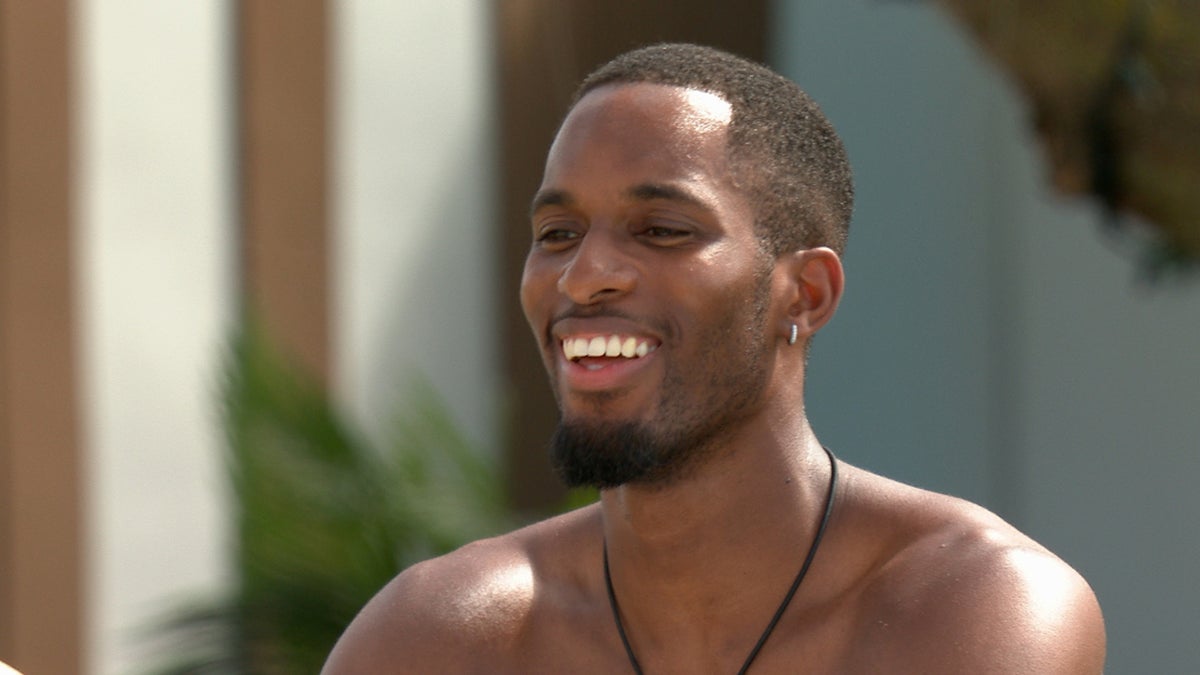 The 22-year-old Mancunian singlton was one of two new bombshells who came to the villa on Tuesday night.

In Wednesday’s episode, viewers will see him waste no time in pulling the hotel waitress, 23, for a chat.

He is quick to compliment Polack saying: “You look nice by the way. I am just wondering if you’ve kissed anyone yet..?”

She responds: “It’s just literally been me and Ikenna.”

She says: “It’s going alright, it’s going calm, like obviously we’re both taking it slow not rushing into anything, we are both on the same page and we both know that it’s early days and we’re not completely closing ourselves off, so it’s not a done deal, time will tell.”

The model then says: “That’s good to know that, as soon as I came in here I had my eyes on you, you know. I can’t lie. So, what’s your type?

Not exactly shooting him down, she hits back: “You’re obviously a good looking boy.”

It’s unknown yet whether her head will be turned from her pharmaceutical salesman beau Ekwonna.

Catching up with Lambert following their arrival, he says: “I definitely feel that at least three of them have been rattled.

“I caught eyes with Amber and I’ll never forget that, Amber and I were just eyeballing, I was literally eyeballing Amber from the middle of the hall.”

Lambert remarks that Tasha Ghouri and Andrew Le Page “look so good together,” but Younger disagrees.

He remarks: “Bro, let me tell you man, Tasha wants out of that relationship.

Adding: “I think Tasha is probably wanting us to properly graft her but yeah bro, it’s all to play for mate.”

In other scenes, Lambert and Younger both receive a text, asking them to select three girls of their choice for a lunch date that will see one girl make their starter, one make their main and one make their dessert.

Will any of these combinations be a receipe for success?

Love Island airs tonight at 9pm on ITV2 and ITV Hub. Episodes are available the following morning on BritBox.

2022-06-16
Previous Post: Ukraine and Poland: why the countries fell out in the past, and are now closely allied
Next Post: After years of breaking the rules, Boris Johnson must now hope his MPs won’t change the only one keeping him in office