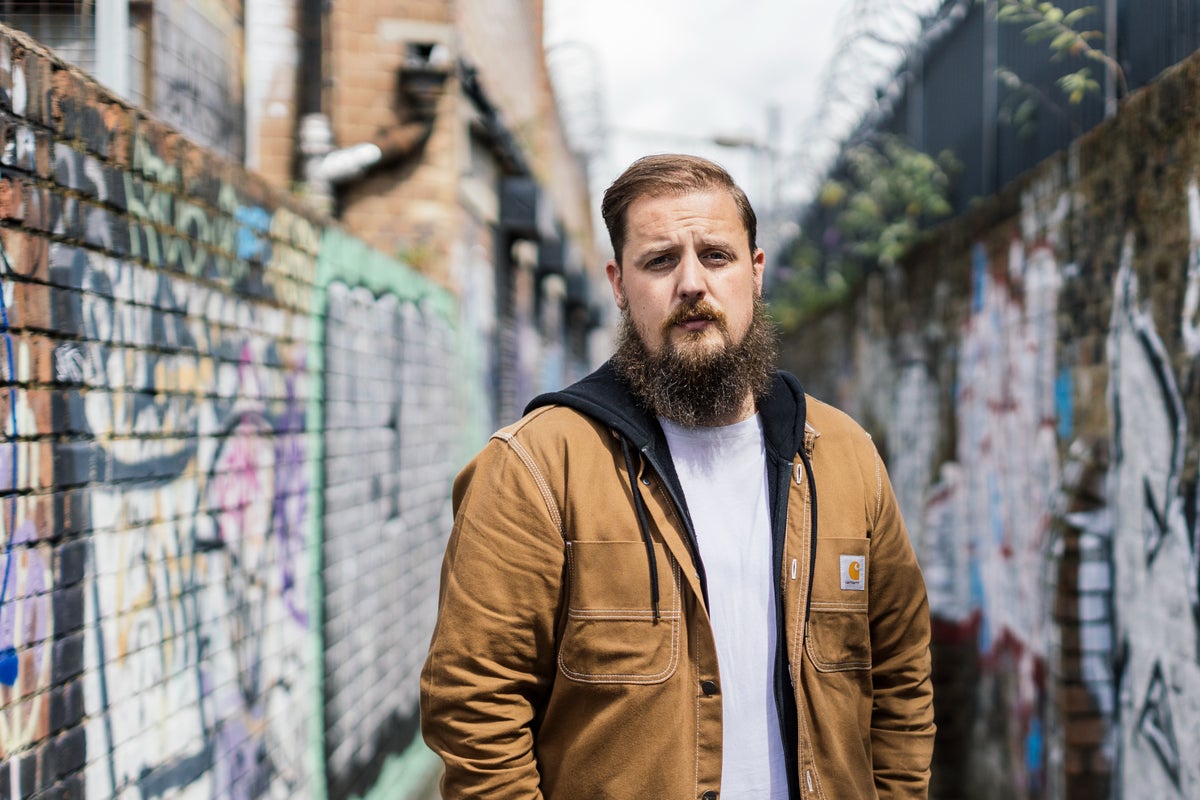 hile I’m being taken to meet Chris Sonnex at a small community centre in Walthamstow, one of his colleagues tells me that he’s going to change the world.

“And he’s in a hurry to do it,” she says as we headed through the corridors on a rainy Wednesday.

It might sound a bit far-fetched, for a theatre director. But Sonnex puts it simply. As new artistic director of the charity and theatre company Cardboard Citizens, his aim, he tells me, is to “spread kindness and inclusion, and revolution in whatever way that might be.”

Anything involving the word “revolution” is no small feat, but Sonnex is no ordinary person. Though it’s not exactly a household name, Cardboard Citizens has been staging plays for years, using theatre as a vehicle for social change: something that he wants to turbocharge.

Aiming to support people struggling with homelessness and housing inequity, the organisation has traditionally worked in workshops, hostels and community centres, using its plays to explore the issues they face every day. This is theatre as activism; theatre as social work, and it’s about as different to the ritzy lights of London’s West End as you can imagine.

Hence: rainy Walthamstow, where the charity’s new play Bangers is being performed. Written by Soho Theatre rising star Danusia Samal, the show features a cast of three, using a ten-track DJ set as a frame to tell the stories of leads Aria and Clef.

Set in London over the course of a night, the pair’s chaotic lives collide and interwine in unexpected ways; watching the actors skip around the community centre, you don’t feel the lack of a stage at all. They’re that good – and it’s just as well, since Cardboard Citizens’ aim is to play it in community centres, hostels and prisons around London before transferring to Soho Theatre for a three-week run.

As a result, its viewers will span the gamut from on-the-breadline to comfortably well-off: a dichotomy that Sonnex is adamant will not change the way the play is performed, despite the fact that its central themes – housing inequity, abuse of power, consent and homophobia – will mean different things to each of its audiences.

“I think sometimes you can switch off when we’re being preached to,” Sonnex tells me. “We already kind of cerebrally know that homelessness is bad, inequity is bad. Most people know that’s the case. What I prefer is to have people watching themselves or people that they know just on stage, because there’s something kind of amazing and affirming about that – rather than people coming from an outside point of view and going, ‘Isn’t this bad?’

“I just kind of wanted to sneak in some of the politics or underline some of the issues that are there.”

He is well-placed to do it. After a childhood growing up in London’s council estates, he “always felt a little bit like an outsider in theatre,” he says. “In my soul, I felt that I wasn’t meant to be there. It felt like people didn’t necessarily want me to be there, class-wise, or because I couldn’t stand for an injustice, so I was mouthy all the time.”

Sonnex is also Cardboard Citizens’ first Artistic Director to have had direct experience of homelessness.

“I was evicted from my house when I was young,” he tells me. “I experienced about four or five [different states of homelessness] over my whole life. But for people to see that you can be artistic director of a theatre company, and you can still have gone through that – or that you were brought up in a council estate, or you’re bought up by a single mum, that your dad left when you were young, you can see yourself in that success.”

Sonnex has forged an impressive career in theatre, working at the Royal Court before taking the helm as Artistic Director at much-loved theatre The Bunker in Southwark. At The Bunker, the word of the day was inclusivity. It was also a trial by fire, aiming to offer space to underrepresented people in the theatre industry on a shoestring budget.

“The team did a lot of things where a lot of people would tell us, ‘That’s impossible,’” Sonnex says. “But The Bunker didn’t have any money and yet somehow we managed to do it. And we didn’t have to shout about it.”

Though The Bunker closed in 2020 due to the space it was using being redeveloped (something that in itself raises the issue of affordability in London), his ethos remains the same: “Sometimes it’s just about doing the right thing.”

What is the right thing? For him, it’s making sure that everybody has a seat at the table. Though Cardboard Citizens is offering one path into the industry via its productions – five young volunteers are shadowing the stage crew over the course of Bangers’s showing – Sonnex is adamant that the industry has never been less appealing to those coming from poorer backgrounds.

“For so many people that come from poverty or that come from the working classes, the idea of wanting to be a producer is kind of mad,” he explains. “For a long time, the only thing that I was good I was drama and music. But I didn’t know that all of these roles [in theatre] existed… that’s the barrier. It’s a massive barrier.”

The second issue is cost. At a time when many people are struggling to make ends meet – and homeless charities are seeing a surge in demand, taking the leap to an uncertain career path is not something many people can afford.

“It doesn’t pay to be in the industry. It just doesn’t. That’s the real problem. If the cost of living is going up, who is going to make it? Who’s going to take the jump and go, ‘I’m going to be an actor’ now, if they can’t afford it?”

Regardless, his vision is clear: to change the way the industry works, one person at a time, through theatre that is accessible to everybody.

“For me, it’s about changing the individual world,” he says. “Once you start thinking about the big thing, you kind of lose sight of the individual.

“But we have to start with the individual, we’ve got to take people along for the ride, and then we can do our revolution. If you give people the opportunity to work in this industry, then they will take it. And sometimes they’ll let you down and that’s fine. But sometimes they will be amazing, and incredible, and they will change the industry.”

Change is here, and Chris Sonnex will be leading the charge.

2022-06-09
Previous Post: Corsets and waist trainers: how celebrities and influencers have driven our modern obsession with shapewear
Next Post: FDA decision on Novavax’s Covid shots could be delayed to review changes in manufacturing