INTER MILAN want to strike a salary-sharing deal with Chelsea to take Romelu Lukaku back to Italy.

The Serie A runners-up are keen on re-signing the striker and ending his frustrations at Stamford Bridge.

But with money at a premium they are likely to push for a loan move which will also require Chelsea to part pay his wages.

They pulled off a similar coup when signing striker Alexis Sanchez on loan from Manchester United two years ago and he is now there permanently.

Cutting a deal would leave Chelsea still shelling out around £200,000 a week. 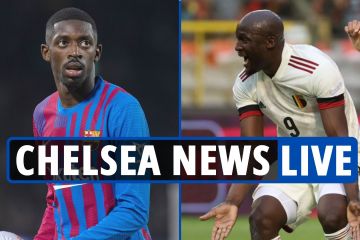 But a loan fee of around £20m would help offset the financial outlay over the next 12 months.

In turn that would help bankroll moves for either Barcelona forward Ousmane Dembele or free agent Robert Lewandowski this summer.

Lukaku is also believed to be willing to take a wage cut to return to Inter where he flourished before making a £97m move to Chelsea last year.

There are still lots of hurdles to overcome with talks between the two clubs yet to get off the ground.

But Chelsea agreed to similar loan moves for troubled strikers Diego Costa and Alvaro Morata in recent years after they too failed to settle in England.

Lukaku scored only eight Premier League goals last season and admitted in an unauthorised TV interview that he was unhappy playing under boss Thomas Tuchel at Chelsea.

2022-06-06
Previous Post: COVID vaccines for children: uptake in the UK is slow – here’s why parents might be hesitant
Next Post: Marriage in the metaverse will become common and is next step to online dating, experts claim