Grooming: an expert explains what it is and how to identify it 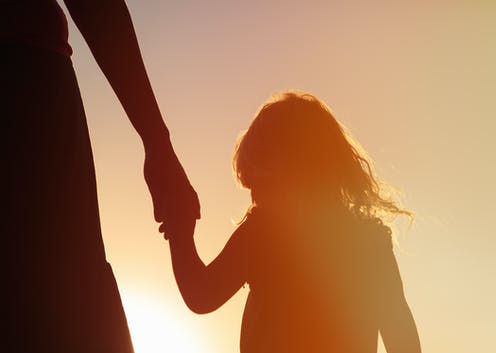 The word “grooming” has become synonymous with sexual abuse of children. High-profile cases such as the allegations by cyclist Bradley Wiggins have raised public awareness of how grooming can go unnoticed. To stop grooming before it takes place, we have to fully understand what it is and how it happens – a difficult task for such a complex and wide-ranging concept.

According to ex-FBI agent Ken Lanning, the term “grooming” originated in the 1980s during a series of investigations into sex crimes against children in the US.

Early investigations uncovered patterns of behaviour and specific techniques used by predators to gain access to and the compliance of victims. These early conclusions brought to life the concept of grooming as a non-violent technique used by sexual predators who were not strangers, but known to their victims.

Groomers placed themselves in roles that allowed them access to children, such as club leaders, carers and teachers. Investigators found that the grooming process involved “normal” adult-child interactions, such as playing games, buying gifts and trips to the park (which isolated victims). On the surface, these behaviours would not necessarily flag any concerns.

Another finding was that offenders take a lot of time to develop relationships, learning about their victim’s vulnerabilities, likes and interests. They use this knowledge to gain and maintain control and trust, and then slowly introduce sexual content and physical contact. Readers might be shocked to think that a person can be repeatedly sexually abused without the use, or threat, of violence. But as Lanning wrote:

Many of the most persistent and prolific (and therefore dangerous) sex offenders primarily groom and seduce their child victims and rarely use violence.

Grooming creates long-lasting harms while preventing the likelihood of disclosure. Victims are often manipulated to “acquiesce” to the abuse.

Many grooming victims report feelings of shame or guilt about complying, which stopped them from disclosing. In contrast, adult victims of offences that do not involve grooming (which are more likely to be committed by strangers) do not report the same levels of shame or responsibility.

Grooming can be sexual, romantic, financial or for criminal or terrorism purposes, and can target both children and adults. The common aspect is that a perpetrator manipulates a victim by building trust and rapport. The key to grooming is a power dynamic within the relationship: age, gender, physical strength, economic status or another factor.

Technology has allowed groomers to identify and target victims in new ways. Predators use threatening models of coercion and grooming in which they manipulate their victims (children or adults) to send naked images.

Sexual predators may now use dating and social media apps to facilitate their conversations with victims. This has led to personal disclosures, sexualised conversations and sometimes image exchanges. This mirrors the process highlighted in early investigations, where seemingly normal interactions are manipulated by groomers.

Romance fraud such as “catfishing” is also a form of grooming. Predators may form (false) relationships with their victims to scam them out of money, using social media to establish whether victims have support networks around them that may challenge their behaviour.

There is also evidence that grooming processes are used in terrorism and radicalisation. Statements by Shamima Begum, the woman who left London as a teenager to join Islamic State, indicate that she was groomed online by older men who coerced her into leaving for Syria. Another UK teenager has had her terrorism prosecution thrown out after evidence showed she was sexually exploited and groomed online by an extremist.

The term grooming has evolved with growing awareness and publicity. But experts still struggle to agree on a common definition and how best to conceptualise grooming in child sexual abuse and other crimes. This ambiguity opens the door to misuse and manipulation.

In the US, the term has been used for political gain, to pressure people into supporting a controversial ban on discussing sexual orientation and gender identity in the classroom. A spokesman for Florida governor Ron Desantis tweeted in March that anyone opposing the bill is “probably a groomer or at least you don’t denounce the grooming of 4-8 year old children”.

Public outrage following the Rotherham and Rochdale scandals in the UK, which saw hundreds of children subjected to horrific abuse, has led to legislative changes and cultural shifts in how people talk about child sexual abuse. For example, police forces have been discouraged from using language that blames victims for “promiscuous behaviour” or “putting themselves at risk”, although such language has not completely disappeared.


Because people tend to see grooming mainly linked to child sexual abuse, many often fail to identify victims in other forms of grooming even though they are clearly being coerced and manipulated. This is evident in responses to criminal exploitation of young people involved in county lines drug trafficking, where gang members use the same methods used by sexual groomers to coerce young people into criminal activity. Law enforcement often doesn’t identify victims as being groomed, treating them as criminals instead.

Stopping grooming before it leads to abuse

Most of what we know about grooming has come from victims who were subject to horrific and often sustained abuse and harm. This is because it is difficult to identify grooming behaviours before an offence such as sexual abuse happens.

More public awareness of the normal relationship-forming interactions that can be grooming (sharing secrets, exchanging personal information and taking trips) may encourage victims to be more open to family and friends about their concerns.

Groomers are skilled at isolating their victims, including from friends and family. If you suspect someone is being groomed, the most important thing you can do is to be a patient, supportive and unconditional friend. It may take time for a victim to recognise themselves as such, but maintaining lines of communication will encourage them to open up eventually.