Piers Morgan Uncensored review: The egos have landed for launch of Talk TV 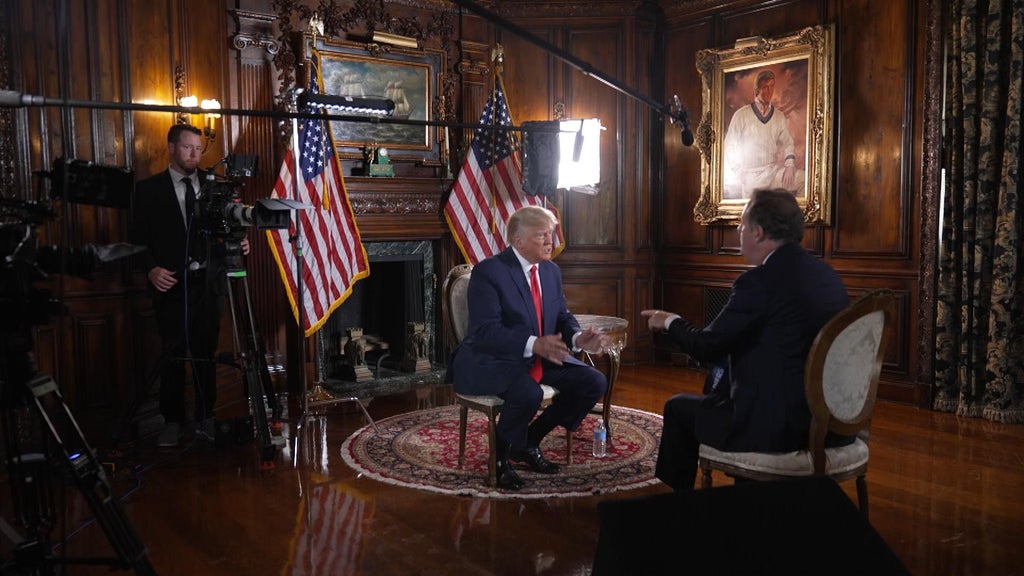 Imagine a celebrity boxing match where two rich, old, overweight boxers endlessly circle, trying to land a blow on each other. Except that here the currency is power and vanity, not blood. Or not *their* blood, anyway.

Morgan’s great scoop – that Trump will probably run again in 2024 – was already the worst kept secret in the world.

Although the former Fleet Street editor turned professional irritant and self-appointed scourge of the “woke” is actually an excellent interrogator.

Trading on their past acquaintance, he asked Trump questions no one else could or would, about his false claims of a rigged election, the Capitol insurrection, and whether he’d ever threatened a rival power with nuclear weapons.

Trump simply danced away, mewing coy evasions that will inflame his base, inflate his brand, but leave him room to wriggle away (as he did when confronted with his praise for Vladimir Putin’s “genius” strategy in Ukraine).

Trump served up flagrant boasts, and glib insults about Biden, Merkel and Johnson, that will make headlines but were as predictable as they were empty.

The interview, broken into chunks between which Morgan bigged himself up and bragged about the “explosive” revelations to come, took up two-thirds of the hour-long show.

The rest consisted of Piers promising to be a champion of “truth” against “illiberal liberals”, “cancel crusaders… conducting the ‘Banish Inquisition’” and “ideological imperialists waving your snitchforks” (he has a good gag writer, to be fair).

This mostly seems to involve Piers re-stoking his feud with Meghan Markle and Prince Harry and riding roughshod over the sensitivity that’s desperately needed in discussing transgender rights.

But how do you critique “hypocrite celebrities preaching about inequality from their massive mansions” – illustrated by a picture of Prince Harry – when you’ve signed a reported £50m three-year deal to present a TV show called Piers Morgan Uncensored and write columns for the Sun? How can you complain from that massive platform about being “cancelled” when you stropped off the GMB set after being politely challenged by a weatherman?

How do you then position yourself as stern inquisitor to the Big Orange Liar, on telly, while suggesting the liberal establishment is silencing you both?

As Danny Dyer so eloquently put it, this does my nut in. But satire died long ago, so it doesn’t matter that the set, the graphics and a section called “The World’s Gone Nuts” look like they were cut from Armando Iannucci’s news-show spoof The Day Today for being too lame.

On his second show, Morgan will proudly treat Trump walking out on him as a triumph of journalism, and talk to Sharon Osbourne, on the TV channel that employs them both, about being cancelled because of Meghan Markle. This is Bizarro TV. Will it work. Sadly, probably, yes.

2022-04-26
Previous Post: Ukraine invasion: ‘stage two’ of Russia’s war is ringing alarm bells in nearby Moldova – here’s why
Next Post: How colonialism is a major cause of domestic abuse against women around the world