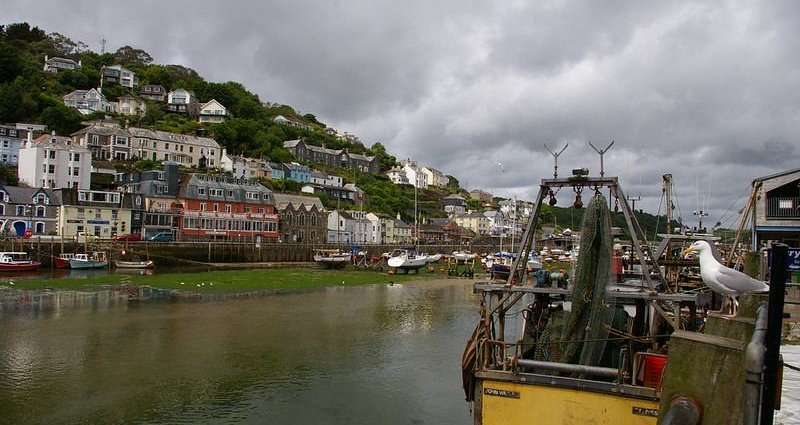 With the Covid-19 restrictions still active, rural getaways to nearby and less crowded areas have become the alternative for most tourism lovers. Therefore, we tell you which are the villages and small towns that have been searched the most on the internet in the last months.

Portmeirion is a tourist village located in Gwynedd, North Wales. It was designed and built between 1925 and 1975 following an Italian village style. This destination has become very popular and well-known after serving as the location for several films and television shows, The Prisoner being the main one. The full village is currently owned by a charitable trust.

This seaside town of 13,000 inhabitants situated on the East coast of Yorkshire sneaks into position number 2 of the ranking. Crossed by the River Esk, it is a beautiful town that has a very important tourist heritage. Whitby has been the scene of various films and television stories, and literary works such as Bram Stoker’s Dracula, the most famous of them all.

With only about 3,000 inhabitants, Bourton-on-the-Water completes the top 3 of the list. Situated in Gloucestershire, England, it is a really popular destination among tourists. Much of the village centre is a designated Conservation Area.

Alnwick is a market town located in Northumberland, England. With only 8,000 inhabitants, every year it attracts thousands of tourists aiming to visit the impressive Alnwick Castle, the town’s greatest building, which was one of the homes of the Duke of Northumberland.

We now move to Wales. Tenby is a seaside town in Pembrokeshire, on the Western side of Carmarthen Bay. With only 4,500 inhabitants, Tenby has more than 4 kilometers of beaches and medieval walls dating from the 13th century.

Known for being an important early Roman area, Cirencester is now a market town in Gloucestershire, England. The town lies on the River Churn. One of its main attractions is the Corinium Museum, which contains an extensive Roman collection.

With only 3,000 inhabitants, Salcombe is a popular resort town in the South Hams district of Devon, England. Its extensive waterfront has made it a really popular destination among national and international tourists.

Robin Hood’s Bay is a small fishing village located on the coast of North Yorkshire. An English legend tells that Robin Hood encountered French pirates who came to pillage the fishermen’s boats. The pirates surrendered and Robin Hood returned the possessions to the poor people of the village. After that, the village was renamed Robin Hood’s Bay.

Keswick is an English market town situated in Cumberland. This destination has many interesting sports, such as The Moot Hall, St John’s Church, or Castlerigg stone circle. Don’t forget to visit Keswick’s market, which has an unbroken history of more than 700 years.

We close the top 10 of the ranking with another market town, this time located in West Yorkshire. The town has a population of approximately 4,500 inhabitants. Hebden Bridge is known for being an LGBT-friendly town. It is often called the UK’s ‘lesbian capital’.

Our ranking of the UK’s most searched small towns and villages is completed by the following destinations:

To carry out this ranking, the British towns with less than 20.000 inhabitants have been taken into account.

The number of monthly searches on the internet has been obtained using digital marketing tools. For those towns that presented the same number of searches, the search volume of the query ‘what to see in X’ has been used to determine which destination had the higher search volume.

(Here is the Likibu ranking of the UK’s most searched small towns and villages with less than 20,000 inhabitants.)

2021-04-15
Previous Post: Exmouth RNLI called to kitesurfer in difficulty
Next Post: We never know what is round the ‘Corner!’