By: WMN
In: Health, News, People 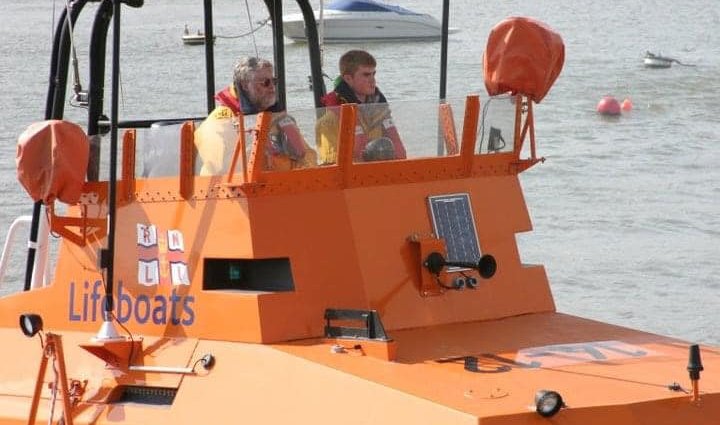 Exmouth RNLI crew and volunteers were saddened this week to learn of the death of former Lifeboat Coxswain Mechanic, Tim Mock on 10th April 2021, after a short illness.

Tim served for 34 years, joining as a crew volunteer in April 1980 aged 21 before becoming Boats Mechanic just three years later in 1983, a post he excelled at for 30 years.

From 1998 he became the town’s RNLI Coxswain / Mechanic, a position he held with great distinction before finally hanging up his pager and returning his keys to the lifeboat station on Christmas Day 2013, officially retiring in February 2014.

During his service he experienced an impressive 14 different lifeboat classes, worked under 15 RNLI Inspectors and was Coxswain of both the Exmouth RNLI Trent Class Lifeboat 14-12 Forward Birmingham and later Mersey Class Lifeboat 12-21 Margaret Jean, saving thousands of lives in the course of a quite incredible career of dedication, bravery, leadership and astute seamanship.

As well as numerous RNLI awards during his career, including a prestigious RNLI Certificate of Service, his remarkable service to the local lifesaving charity was met with several community awards. Upon his retirement in 2013 he received an Honourary Membership of the Exe Sailing Club, and in 2014 the Rotary Club Citizen of the Year Award as well as the Exmouth Town Council Town Shield marking “The Town Council’s gratitude for his many years of service on behalf of the town.”

George Rawlinson, former RNLI Operations and Safety Director and current volunteer chair of the UK’s National Water Safety Forum said, “So sad to hear about Tim. A fine man and coxswain, and committed to the Exmouth lifeboat station and RNLI. I spent a lot of time with him when I was Inspector of lifeboats working through the challenges of operating from the lock site with the Trent on the mooring and the ILB down the road. My condolences to Henry and all the family, we will miss him and remember fondly his inspirational character.”

Andrew Woods, Operations Manager at the RNLI, said “So sorry to hear about the loss of Tim. A absolute stalwart in Exmouth RNLI history. I have very fond memories of working with him and enjoying a pint after. Lovely man and surely missed by all that knew him.”