Is democracy in jeopardy at South Hams District Council as another agenda item is refused at the last minute? 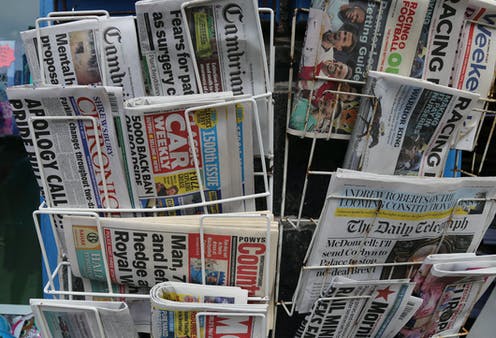 Despite a full page in last week’s Totnes Times where over 130 named local businesses urged local MP’s to support the new national Climate and Ecological Emergency Bill, plus a number of individuals sending emails to Councillors, the proposal tabled by Cllr Jacqi Hodgson, seeking the support of fellow Councillors for the CEE Bill at Thursday’s South Hams District Council was pulled from the agenda the day before the meeting.

The Council’s Monitoring Officer, David Fairbairn informed Cllr Hodgson that the motion seeking the support of SHDC for this bill would not be allowed at the meeting as he had “decided that the discussion of the motion at this particular time will offend against the restrictions on the use of Council resources for political publicity and therefore the motion should be deferred until after the forthcoming elections”.  So, although it remained on the published agenda, it was not allowed to be discussed or voted on at the meeting.

Councillor Hodgson argued strongly against this decision both before and during the meeting, asking the Chair, Cllr Rosemary Rowe to reconsider the Monitoring officer’s decision, but this was not allowed.  Cllr Jacqi Hodgson said; “I even made the point that Devon County Council will be debating and making a decision on this same motion for the CEE bill (in fact less trimmed than the SHDC version – which this same monitoring officer had previously requested) at its meeting during purdah on April 29th;  but was still overruled by the SHDC monitoring officer, who had suggested that the DCC decision will be ‘rubber stamping’ (which is unlikely and somewhat insulting). This officer had weeks to consider this.  It seems that national purdah pre-election rules are applied differently in different councils.  There is so much cross-party support for the climate emergency, yet some public representatives chose to make this political, all very disappointing and unnecessary.”

Councillor Hodgson has now made a formal complaint to the CEO of SHDC and sought an independent review of this decision, which she has added to her earlier complaint regarding another motion that had also refused for this meeting – on the basis that it was the same as a previous one and imposed the ‘six-month rule’.

Councillor Jacqi Hodgson originally sent in four ‘motion’s for this full council meeting, all on time and formally seconded by her Green Party colleague Cllr Joseph Rose and was surprised to receive a phone call the next day from the Council’s Solicitor who wanted to ‘go through these motions’, ultimately saying that one of them was unacceptable as it was the same as one Cllr Hodgson had put forward and had been approved in December, and would therefore break the 6 month rule.  These are the two motions which the Solicitor claims are the same:

With the draft Climate and Biodiversity Action Plans emerging from South Hams District Council Climate, Devon County Council as well as many of our town and parish council’s, we are reaching an important point at which we need to commence implementation.  This Council therefore commits to reviewing and aligning all our other plans and policies as well as our practices (where possible) to ensure we meet our targets on carbon reduction and prioritise proactive protection and conservation of our natural environment and wildlife heritage.  By doing so we will ensure a prosperous future for our people, our wildlife and our planet for generations to come.

This Council recognises the urgent need to support and enhance biodiver sity and habitats.  It therefore agrees to:

• Consider ways that could be used through the planning system to ensure and check that wildlife and habitat mitigation measures agreed by planning condition are carried out and effective, and develop an appropriate policy,

• Work through the JLP Partnership to measure and monitor wildlife and biodiversity, at a range of key locations over the life of the plan,

• Develop a policy that would seek implementation of urgent remedial actions that may be advised by recognised experts regarding habitat degradation,

• Assess the cumulative impacts on wildlife and habitats as and when planning applications for major developments are proposed within 500m of wildlife corridors, known habitats of protected species, planning consultation zones, green field sites, together with the impact of other nearby residential or commercial development applications, sites or built up areas within 500 meters.  This information to be part of the application papers prior to validation for the planning process.

• Strengthen and implement fully, habitats screening prior to validation of planning applications

• Ensure that any littering left through the SHDC waste collection services is cleaned up immediately, and thereby prevent this wildlife hazard.

In responding to the decision to prevent the earlier motion, Cllr Hodgson said, “I do not accept this decision and believe it overrides my position as a publicly elected Councillor to put forward meaningful proposals that reflect the views and concerns of the people I represent.  These two motions are clearly different, the first one is what we plan to do, the second one is how we are going to do it, i.e. next steps.  I did explain this to the Solicitor and he refused to read it that way.  I have the feeling that we are going to see a lot of this kind of resistance to real and meaningful implementation of climate and biodiversity emergency response measures, measures that could make a difference.  A lost opportunity for improvement.”

She added, “ I’ve proposed this motion further to a recent meeting of the Joint Local Plan partnership where I asked whether measuring and monitoring of biodiversity was taking place, and in particular where there are mitigation measures such as those that are agreed for new developments.  The response was clear at that meeting, none of this is being carried out and there is no intention of doing so; a situation which together with this refusal of my motion gives a clear signal to developers that wildlife and the biodiversity emergency is not being taken seriously by this Council.”

Last month, the UK government’s independent Global Review on Biodiversity by Sir Partha Dasgupta, endorsed by the UN, was published; this report laid bare how serious the situation is for wildlife and biodiversity.  It made a clear case for the urgent need to change practices and backs up the proposal for the Government to assign a monetary value to natural resources like forests and healthy soil, allowing businesses to calculate the true cost of their decisions, a system which could be made mandatory.

A further motion for last week’s meeting proposed by Cllr Hodgson, which sought improved monitoring and action on air quality was severely amended by the Conservative Councillor Jonathan Hawkins and seconded by Council’s leader Judy Pearce.  The vote was a 50:50 split between the Conservative and Opposition Councillors, with Cllr Rowe using her casting vote as chair to carry the vote:  Cllr Hodgson’s original motion read as follows:

“In line with this Council’s climate and biodiversity emergency, this council commits to work with Devon County Council to implement Air Quality Management Action plans in SHDC to:

The amended motion, resolved by council (by just one vote) read as follows:

In her statement urging members to reject this amendment, Councillor Hodgson said “ this proposal now makes no difference as it is what we are doing already, what we need is action to reduce these pollutants, in particular measuring particulates which come from vehicle tyres as well as diesel engines, changing to electric vehicles won’t change this. We need action on infrastructure to support behaviour change that can improve air quality.”

Cllr Hodgson, who is well known as championing the case for wildlife and biodiversity, and was the Councillor who proposed the climate Emergency motions at South Hams District Council (and Devon County Council) in December 2019, says she is deeply concerned that these important motions are being ‘kicked into the long grass’ and the important one on air quality “effectively neutered”, an urgent issue that we all know can cost lives and has a huge impact on our resident’s quality of life.  She said, “we need to ask ourselves who benefits from these decisions, this is the question I have put to the council in my formal complaint regarding these motions.  This is not just a problem for wildlife and our natural heritage, it’s is problem for democracy.  I know that a lot of people I represent are very concerned at the Council’s apparent failure to protect our both our air quality and our wildlife, time and time again when they allow destructive planning proposals through, knowing that wildlife and habitats we are all responsible to care for, are being exposed to the diggers and bright lights of urbanisation, and the additional traffic can cause serious pollution.”