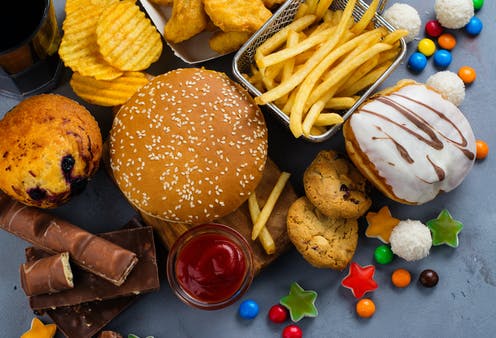 Under some estimates, airplane emissions could be down by almost 40% in 2020 because of COVID-19 lockdowns.

We’ve been told not to fly so much for years by campaigners, researchers, even governments – that it’s our responsibility to reduce carbon emissions. Until governments prevented us from travelling to stop the spread of the virus, we’ve tended to ignore all this advice.

At the same time, our governments have provided incentives to fly. International aviation fuel tax exemption is estimated at around US$65 billion a year, keeping the cost of air travel down and inflating demand. This is one example of how government policies encourage us to do one thing, even as we’re being told it’s our responsibility to behave differently.

My recent book examines how governments continually blame citizens for social outcomes which are the result of their own policies. Governments use the cult of personal responsibility to blame each of us for the way society is, when they are the ones setting the incentives for our behaviour.

Of course, people must take responsibility for the choices they make from their menu of opportunities. However, that menu, and the reasonableness of different alternatives on it, is set by society – and government is the major agent in society.

Take gun deaths. In the US, the massive gun-related death toll is directly attributable to the nature of gun regulations. The issue is not whether or not to ban guns, but the type of regulations restricting their sale and use. Gun regulations vary across countries, but my research highlights how tighter gun rules reduce death and injury rates.

Those who defend the US’s current lax gun regulations on the basis of constitutional rights, must take responsibility for the consequences of that defence. They must admit that the gun-related murder toll of more than 14,500 in 2017 is an acceptable rate. If they want keep current regulations, they need to take responsibility for the consequences of doing so, even after tragic mass shootings.

Obesity, a growing health problem across the world, is another example. The British prime minister, Boris Johnson, announced another government initiative on the issue in July. Like previous initiatives, it will be directed at personal behaviour giving advice about healthy food and exercise. While the food industry has been given calorie-reduction guidelines, they are voluntary, and the government has not stepped into regulate food manufacturing.

Almost 30% of the British population is deemed obese and another 35% overweight. Britons eat too many refined grains, fats and sugars, especially in the form of sugar-sweetened beverages. People eat these highly processed, highly calorific products because they are cheap and tasty.

Countries around the world are beginning to respond to reducing obesity. Trans fats are banned in several countries, but not the UK. All the UK has done is urge food manufacturers not to use trans fats, but it’s unclear whether they have been reduced to any great extent in British food.

Sugar is highly addictive. We cannot blame food manufacturers for providing addictive food products – they operate in a competitive business. But it’s government’s fault for allowing it.

The UK has introduced a sugar tax, but still allows many sugar-free drinks to contain artificial sweeteners, which also affect people’s health.

By failing to act, the government is responsible for creating circumstances that make it difficult for many people to make choices that will benefit their health.

Read more:
Child obesity is linked to deprivation, so why do poor parents still cop the blame?

Gambling and recreational drugs are rather different to food when it comes to responsibility. Governments around the world have become less paternalistic in gambling but more so in drug use over the past century.

Gambling regulations have been eased in most European countries, the UK and Australia over the past 30 years. The bulk of research and legislative effort goes into helping problem gamblers who are already addicted. These problems emerge, however, because governments allow the industry to hook people in, notably with electronic gambling machines, which create addiction by disrupting the neural reward centres of those most subject to addiction.

Many governments have decided, however, that people cannot take responsibility for recreational drugs. Many people take recreational drugs without forming life-destroying addictions and in fact more people die from misuing prescription drugs that recreational ones. Legalisation that regulates recreational drug use – which has been introduced in recent years in countries such as Canada and Portugal – could be a far more welfare-enhancing policy than outright bans.

Governments blame citizens for their own policy failures far too often. It’s time to stop blaming people for being homeless, not being able to find a job, for being overweight or for the failing environment. Instead, politicians must take responsibility for the social and environmental problems we face.

It’s the Government, Stupid: How Governments Blame Citizens for Their Own Policies.

Keith Dowding does not work for, consult, own shares in or receive funding from any company or organization that would benefit from this article, and has disclosed no relevant affiliations beyond their academic appointment.

2020-09-15
Previous Post: Rajasthan Royals’ Match Goes To The Wire, Team Robin Uthappa Wins By 2 Runs. Watch | Cricket News
Next Post: ASMR: what we know so far about this unique brain phenomenon – and what we don’t