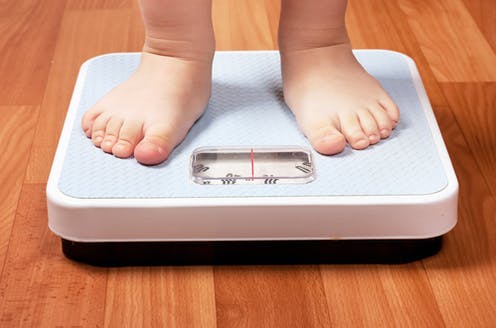 Obesity and smoking are well-known risk factors for heart disease and cancer. What is less well known is that they are associated with an increased risk of multiple sclerosis (MS).

Studying the link between behaviour or events in childhood and later-life development of MS is complex. MS is an auto-immune disease of the central nervous system which affects around one in every 500 people. This means that a large number of people need to be studied from a young age to get an accurate picture of the effect of changes in behaviour or lifestyle on the risk of MS in adulthood.

While we know from earlier studies that childhood obesity increases the risk of MS, the findings don’t clearly show how changing patterns of childhood obesity in the population might affect the frequency of MS in the future. To better understand this, we looked at the proportion of MS risk that could be attributed to obesity and smoking. The results of our analysis are published in the International Journal of Epidemiology.

What is already known

Many studies have looked at the relationship between smoking and MS. The largest of these included more than 590,000 people from around the world. It showed that smokers are around 50% more likely to develop MS than non-smokers.

Studying the relationship between adolescent obesity and MS is more complicated – few studies have weighed people in childhood and then follow enough people up to see if they develop MS. A study looking at the association between genes associated with childhood obesity and MS showed that people who are obese as children have a 20% increased risk of MS – a similar result to that seen in smaller studies that measured weight in childhood and followed people up into adulthood.

These results can be used alongside information about the frequency of smoking and obesity in the entire population of a country, to calculate how much these factors contribute to MS risk in that country. As there is a time lag between childhood obesity, starting smoking and future MS development, we used current information to estimate how this might change in the future.

How much do smoking and obesity contribute to MS?

Trying to look at the combined effects of smoking and obesity is more complex, as the current evidence does not tell us the amount of overlap between the two factors. The overall effect is likely to remain roughly stable, as the increase in childhood obesity offset reductions in smoking.

While this research cannot tell us how childhood obesity and smoking increase MS risk, it shows that there is an urgent need to address childhood obesity. Increasing rates of childhood obesity mean that any gains in MS prevention caused by reduced levels of smoking will be lost. While cancer and heart disease occur in later adulthood, MS onset in young adulthood may have increased resonance with younger people.

Reducing childhood obesity and smoking is likely to have an important impact on MS incidence. Our work shows the size of the problem and highlights the need to act urgently.

2020-08-26
Previous Post: US left isolated at UN after bid to reimpose sanctions on Iran – why did it even try?
Next Post: Belarus protests: beleaguered economy underpins anger at Lukashenko government