A-level results: confusion is the result of months of inertia and years of policy 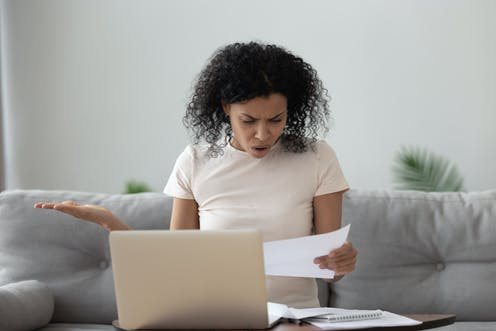 Thirty-six hours before the release of A-level results in England on August 13, Education Secretary Gavin Williamson announced a new procedure to review the grades.

This followed five months of work by teachers and exam regulators to produce results which were sent to universities last week to filter applications. A head teachers’ representative said the latest measure “beggars belief”.

Universities had not been consulted. This turbulence is the result of policies pursued for years by governments who then failed to anticipate their results.

After cancelling exams on March 18, the government confirmed that the bedrock of the process for awarding grades would be teacher assessments, placing every student in every exam centre in rank order for each subject.

Fearing, and later finding, that some teachers were more optimistic about grades than exam boards had been in the past, the government put in place a moderation system based on algorithms using previous results at each school to avoid “grade inflation”. This reduced 39% of the grades awarded by teachers.

In Scotland, where Highers results were published on August 4, this moderation system was found to disadvantage high-performing students at poorly performing schools, and all students at schools whose results were improving. Unsurprisingly, these were disproportionately in poorer areas.

Scotland dispensed with moderation – all students were awarded the grades proposed by their teachers. Wales retains mid-cycle AS exams, the results of which will now form the floor of any final grade given to students. For pupils in England, however, the UK government has announced that appeals by schools would be allowed – for individuals or whole cohorts – based on “mock exams”.

This is far less simple or equitable than it sounds. Preparatory exams have different forms and functions in different schools and colleges. In some they are staggered across two years; in others, sat in full just before exam leave. Some teachers use them as a cautionary, tough test, and others as a confidence-building warm-up. Some students have not sat them at all because of the closure of schools.

No school designed them, and no student prepared for them, as a final, external exam. Some grades would have incorporated coursework not reflected by a mock exam. Of course, OFQUAL has no verifiable record of the mock exams or their results.

Schools minister Nick Gibb has spoken of the “small group” of cases he expected to come forward. There is likely to be a surge of students who are part of the downgraded 39% and understandably want their school to appeal.

Where the resources for this will come from, what evidence will be considered legitimate, and when appeal decisions will be known to students, universities and employers all remain obscure. The Education Policy Institute has shown that families with money are able to navigate appeals over school admissions more successfully than others. The same is likely to be true here.

Though the latest announcement came at what even Nick Gibb called “the eleventh hour”, the roots of this crisis go back decades. It was foreseeable – though not inevitable – as soon as exams were cancelled.

Read more:
Coronavirus and school exams: despite plan for grading pupils, there may be trouble ahead


The current crisis results from forty years of policies aimed at creating a competitive marketplace for education in which schools compete to win students to receive funding. This has been combined with a central government preoccupation with resisting the so-called “dumbing down” of exams which they say gives high grades too easily. It was bound to set government regulators and schools at odds. Exam boards, the mediators of that tension, were removed by the cancellation of exams. A government paying attention would have recognised this.

The Daily Mail’s front page on results day launched a stinging attack on the prime minister and education secretary for creating “chaos”. The UK government, however, distrusts the educational establishment, and does not wish to take its cue from Nicola Sturgeon.

Gavin Williamson has so far had one of the shortest stints of any education secretary and if recent briefings are to be believed, it may soon be over. He is just the last in a growing line of education secretaries who have tried to have the cake of an education marketplace but eat the outcomes they prefer.

Matthew Cole is the historian of the University of Birmingham.

2020-08-13
Previous Post: Coronavirus: have we already missed the opportunity to build a better world?
Next Post: The historic selection of Kamala Harris as the Democrats’ vice-presidential candidate resonates in the Caribbean · Global Voices