How disabled people have been completely disregarded during the coronavirus pandemic 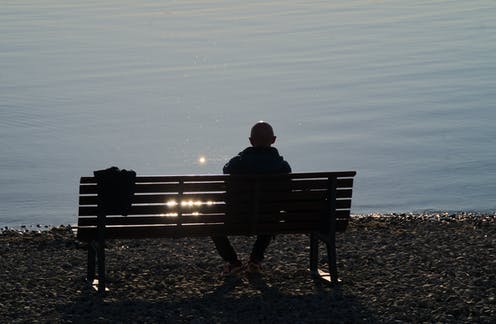 Throughout the COVID-19 pandemic, and the preparations for a “new normal”, we have continued to observe how disabled people have at best been overlooked and, at worst, deemed expendable. We argue this is due to deeply entrenched ableism – society’s tendency to presume that everyone is able-bodied, thereby marginalising anyone who is not.

Early in the pandemic in the UK, there seemed to be a narrative that it was “only” older people and those with “underlying health conditions” who were likely to be affected by the virus and that other people shouldn’t worry.

As an example of this lack of regard, in April, an organisation responsible for supporting autistic adults reported receiving “do not resuscitate” (DNR) letters from a GP surgery in Somerset, south-west England. This implied that certain adults were being encouraged to agree to not being resuscitated if they were hospitalised during the pandemic. The letters have since been withdrawn but similar cases were also reported in south Wales and Brighton.

Advice for people using direct payments – a way of enabling individuals to employ their own carers – was not published until a month after many had self-isolated. The lack of PPE has also meant some disabled people have had to risk their lives in order to live independently by going out without protection.

Muscular Dystrophy UK said its members wanted to live through the pandemic rather than simply survive it, yet little thought has been given to this. For a long time, government advice for clinically and extremely vulnerable people was to shield “for some time yet”, without further guidance.

The death toll in care homes, meanwhile, has been a travesty. In the past few months, thousands of people have died earlier than they should have. Worryingly, the UK government had to be forced to publish details of the numbers of care home deaths, as well as the deaths of people who were learning disabled and autistic. As the Rightful Lives Campaign has stated, “for a life to count it has to be counted”.

In March 2020, the government introduced emergency legislation to manage the crisis. Among many other temporary changes, this legislation allowed local authorities to reduce the support they must legally provide to disabled people or people with care needs. This potentially gave them the freedom to cut back on these services, making it harder for disabled people to live an ordinary life.

Thanks to the campaigning of disabled people and their supporters, local authorities have since decided against this course of action. However, the threat of the sudden removal of hard-fought-for rights that are enshrined in law has caused significant concern for many people.

The emergency legislation also released local authorities from their legal obligation to provide educational provision for children and young people with special educational needs and disabilities until the end of July 2020. They only had to make their “best endeavours” to provide it. This has meant that throughout the lockdown, many families of disabled children have been left with little, if any, support for their children.

Now lockdown is easing into the “new normal”, detailed advice has not been given to disabled people and other clinically vulnerable people. The government’s advice is that people who have been shielding should return to “Covid-secure” workplaces or schools but should also “stay at home as much as you can”.

Schools have not been given guidelines about how to support children and young people who have been shielding, or how to help them catch up with learning and skills that may have been lost during lockdown – or indeed how to support them emotionally. How can schools, for example, best support someone with a learning disability who may not understand the concept of physical distancing? Will being in a class of other children put them at risk of catching the virus?

Their siblings and parents will find it equally difficult to navigate their return to public spheres without increasing the risk of infection for their potentially clinically vulnerable family member. For them, prolonged isolation seems likely.

All of these actions and narratives have reinforced existing images of disabled people as living on the margins of society, out of government sight and mind. It promotes the notion of being expendable.

Disabled people are depicted as tragic “others”, rather than citizens aspiring to enjoy fulfilled lives. We feel that the current situation has brought ableist attitudes very much out into the open. As Guardian columnist Frances Ryan has written:

The idea that poverty, isolation or even early death is somehow natural for disabled people is still worryingly prevalent.

There is an opportunity now, to bring to the wider public’s attention the needs, lives and experiences of those living with disabilities, ill health or life limiting impairments, as well as the underpinning ableist undertones, which need to be identified and called out.

The “new normal” must be a place where disabled people and their families, along with others who have been adversely affected by this pandemic, are given a role in creating a society which offers everyone the chance to live a fulfilled life.

Janet Hoskin is a parent of a young adult with the life-limiting impairment Duchenne Muscular Dystrophy. She is a member of the Labour Party and the University and College Union. She is also a member of the Parent Advisory Board for the national charity Duchenne UK, and a parent governor of Fredrick Bremer Community school, Walthamstow.

Jo Finch is a member of the Labour Party, BASW (British Association of Social workers), University and College Union and is a registered social worker with Social Work England