Summer statement: £2 billion scheme will not be enough to prevent mass youth unemployment 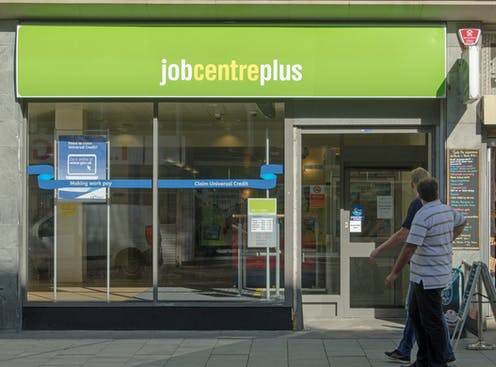 There are nearly seven million 16-24 years olds in the UK. As many of this group finish school, college or university, they face the real prospect of long-term unemployment.

Young people who were already in work at the start of the coronavirus pandemic have been one of the groups most affected by job cuts. This reflects their disproportionate numbers in sectors such as hospitality, catering and retail.

To prevent a massive rise in youth unemployment, Rishi Sunak, the chancellor of the exchequer, has announced a wide-ranging package of support. But our research shows that these measures may not go far enough. More funding is needed to help those furthest from work, and this needs to be delivered through local employment partnerships.

At the heart of the government’s response is £2 billion for the Kickstart Scheme. This aims to create hundreds of thousands of six-month work placements for those aged 16-24 who are on Universal Credit and are deemed at risk of long-term unemployment. The funding will support the full costs of each job for up to 25 hours a week. Any additional hours will be paid by the employer.

This centrepiece policy is accompanied by funding to support the National Careers Service, funding for additional traineeships and apprenticeships, and support for an expansion of vocational education. New funding will also increase the capacity of the government’s employment agency Jobcentre Plus.

The government’s scheme provides vital relief – and, in total, the chancellor’s announcements amount to around £3.5 billion to support job searchers and employers. Our research, however, highlights the ways the government’s approach falls short.

We evaluated the National Lottery Community Fund’s £108 million Talent Match Programme, a five-year scheme launched in 2012 to help young people secure work. Delivered by voluntary sector-led partnerships in 21 areas of England, Talent Match actively involved young people in its design and focused on their needs and aspirations. The successes of the scheme show what works – and what the Kickstart Scheme has neglected.

The government’s kickstarter scheme does not pay any specific attention to the young people furthest from the jobs market. This is a group who often face multiple barriers in securing work, incuding a lack of prior employment experience, no or low qualifications, physical disability and poor mental health as well as experiences of homelessness, social care and substance misuse.

This group may be difficult for Jobcentre Plus – the channel for the new funding – to reach, as it only supports those actively claiming benefits, which these young people may not be. Our research shows the need for outreach which builds trust and provides sustained support for these individuals’ needs. This can be delivered successfully through local partnerships involving the voluntary sector.

The kickstarter scheme’s focus on Universal Credit claimants poses additional problems. Research has shown that access to Universal Credit (previously Jobseekers’ Allowance) has become harder due to conditions placed on the receipt of benefits. Instead, more and more unemployed young people are off the official register, getting by with the support of family or friends or taking cash-in-hand work when it can be found.

Before the coronavirus pandemic there may have been around 500,000 in this group. One way to reach these young people is to follow the Talent Match model, involving voluntary sector organisations with links into different communities.

The chancellor’s response also assumes that young people are relatively mobile in moving to find work. This might be the case for new graduates, but for the majority – and especially those with little or no experience of living away from home – their first experience of work is often in the local area.

Our research showed the value of investment in local youth employment partnerships which involve employers, local authorities, local enterprise partnerships, Jobcentre Plus and voluntary organisations. Working in partnership with these groups helps to coordinate activities, reach those furthest from work, and make effective links with employers.

And finally, a radical aspect of the Talent Match programme was that it involved young people in its design and delivery. We found that this meant that organisations delivering support had a sense of what young people needed and wanted and what their aspirations were. It also shaped an approach which meant young people had a voice in the support they were receiving.

The Kickstart Scheme is a major investment, but further funding is urgently required to ensure that a wider group of young people are reached and that the £3.5 billion is spent effectively. Additional funds should be ringfenced for those already furthest from securing work, and the remainder invested in building youth employment partnerships across the country.

Sheffield Hallam University received £1.6 million to undertake the independent evaluation of the Talent Match programme from 2012-2020. This was conducted with the universities of Warwick and Birmingham and Cambridge Economic Associates