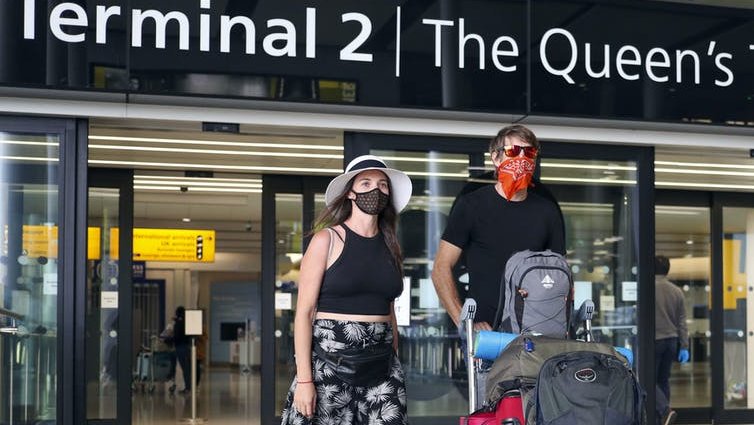 The UK should change its COVID-19 strategy to try to eliminate COVID-19 even without a vaccine rather than simply managing the disease, according to Independent SAGE, a group of scientists set up as an alternative to the government’s advisory body. New Zealand has effectively managed to eliminate the virus, but can states with much larger, denser populations that have experienced much bigger outbreaks hope to do the same? Or is it more realistic to accept that the disease is likely to continue to circulate at some level and plan for that? We asked four experts for their views.

Elimination or near-elimination in the UK would require ambition and huge effort, organisation and resource but I believe it is possible.

The effort would mean accepting fewer freedoms in the medium term. Crucially, it would rely on trust in authority and willingness to comply with restrictions. The incentive would be that, if we achieved elimination, we could go back to a state closer to normal, and a healthier local economy even without a vaccine.

The effort would have to be sustained until then, and if no effective vaccine transpires – which is possible – then the question is how long this approach could justifiably continue in the face of a virus endemic globally.

Suppressing the virus to a low level before allowing economic and social activity to resume as normal is important. Doing otherwise will risk the possibility of the UK having to go in and out of lockdown numerous times. That would be more harmful for society and the economy, compared to implementing more stringent measures in the short term.

Recent studies have shown that the number of people with COVID-19 antibodies in coronavirus hotspots such as Wuhan and Spain is still low. This means that despite high numbers of cases and extensive community transmission, the majority of the population is still susceptible to the virus. Allowing economic and social life to resume while this is the case and in the absence of a vaccine may lead to a larger second wave of infection.

The emphasis should be on strong measures such as border quarantines and a robust test, trace and isolate system to reduce infection rates before relaxing economic measures, opening schools and allowing “air bridges”. We need to focus on reducing the amount of community transmission first, which allows for spread of infection into our most vulnerable populations.

We need a sense of proportion in countries that have reduced the total mortality rate to normal levels, as the UK has now done, showing that the first peak of the epidemic has passed. Once the number of new cases is under good control (one new case a day for every million of population is reasonable) we can allow social and economic life to resume. We can also shift more attention to general physical and mental health.

We need to continue to maintain some physical distancing measures, combined with effective testing and contract tracing to prevent the inevitable clusters expanding into a second wave. But to try to eliminate all cases, and to sustain a zero-COVID state, would take enormous resources. This would produce diminishing returns as the number of cases goes down – and other aspects of life would suffer.

We have seen this with countries attempting polio elimination, where routine health services may suffer, and with malaria elimination where the cost of averting each case rapidly increases as the number of cases goes down.

Getting the number of cases down to manageable levels might eventually lead to zero cases temporarily, but we do not currently have effective measures to keep it at zero. In particular, border quarantines are not likely to be effective unless rigorously and universally applied with consequent disruption of all business travel, tourism and international trade.

Elimination of COVID-19 in high-income countries is both possible and realistic. Ebola elimination was achieved in parts of Africa through disease control measures rather than a vaccine, including disease surveillance, infection control, changing social norms (for example around physical contact) and public communications.

This demonstrates elimination is possible even in low and middle-income countries with fewer resources. The key determinants, as with all infectious disease control programmes, are the political and societal will to achieve this. Because it requires a multi-pronged approach, it needs resourcing, leadership and commitment to deliver. So the question becomes: “What are we prepared to pay or sacrifice to achieve this?”

But in our interconnected globalised world it is not enough to eliminate it in just a few countries. Countries where the disease is endemic act as reservoirs of infection and can reinfect others. This is a global health threat that requires global leadership and coordinated action if we are to eliminate it.

Angharad Davies is affiliated with the British Medical Association, as a member of its Medical Academic Staff Committee, and is a Fellow of the Royal College of Pathologists. She has received funding in the past from the Bill and Melinda gates Foundation and the Wales Office for Research and Development (now Health and Care Research Wales).

Andrew Lee has previously received funding from the National Institute for Health Research. He is also a Fellow of the Royal Society for Public Health and a member of the UK Faculty of Public Health.

Jimmy Whitworth receives funding from the Wellcome Trust and the National Institute for Health Research. He is a fellow of the Royal College of Physicians, the Academy of Medical Sciences and the UK Faculty of Public Health.

Lakshmi Manoharan does not work for, consult, own shares in or receive funding from any company or organisation that would benefit from this article, and has disclosed no relevant affiliations beyond their academic appointment.