Antibiotics could be repurposed as a treatment for depression 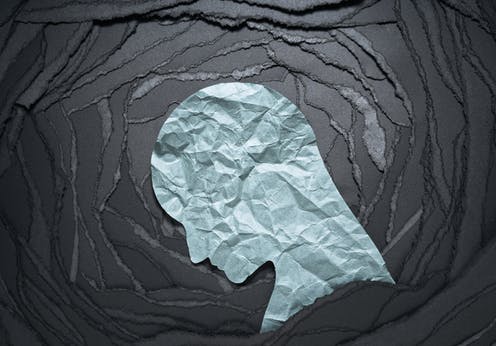 Depression is common, affecting an estimated 264 million people of all ages worldwide. While the causes of depression are varied and complex, genetics, changes in brain chemistry, and environmental factors (such as stress or traumatic events) all play a part.

Historically, depression was thought to result from a chemical imbalance in the brain. But researchers now think that this is actually a symptom of depression – not the cause. Alongside a potential chemical imbalance, depressed people may also show changes in how their brain networks connect and alterations in their function and anatomy. This means that depressed people have differences in volume, metabolism, and activity in certain areas of their brain.

A number of studies have now begun looking into the presence of inflammation in the blood and brains of some depressed people. Knowing inflammation is present in depression could lead to new treatments.

People with chronic inflammatory diseases such as diabetes, cardiovascular disease and autoimmune disorders are shown to be at greater risk of developing depression. Depression can also be one of the symptoms of many inflammatory neurological conditions, such as multiple sclerosis and Parkinson’s disease. Depression may even be a risk in developing Alzheimer’s disease later in life. Although not certain, brain inflammation is thought to be the cause.

Studies have even shown that the brains of patients with depression have higher levels of inflammation. Their microglia – the brain’s immune system cells – are also more active. This increased activity could end up being detrimental, leading to changes in how the brains cells function and communicate.

Another study found that people with depression had more neutrophils, lymphocytes, and monocytes (types of white blood cells) and inflammatory proteins in their blood compared to those without depression, which indicates inflammation in the body in general.

Read more:
Microglia: the brain’s ‘immune cells’ protect against diseases – but they can also cause them


Most treatments for depression still focus on either helping patients understand their behaviours, or increasing levels of certain neurotransmitters (such as serotonin) in the brain. But these aren’t always successful in treating depression. And although antidepressants have been found to be more effective than a placebo, not all patients respond to them.

Researchers have recently been looking into whether existing drugs can be repurposed to treat depression. One study found that minocycline, an antibiotic used to treat conditions such as urinary tract infections, skin infections and chlamydia, could stop mice from developing depressive behaviour and depression-related cognitive deficits (such as memory issues).

Minocycline might be able to prevent depressive behaviours as it’s able to suppress the inflammatory response of microglia. Although targeting microglia has been discussed as a future focus for depression studies, this study showed that minocycline stops both the microglia and the brain neurons from releasing a stress-induced inflammatory protein called HMGB1 into the brain.

Not only does minocycline stop bacteria from growing, it has also shown promise in modifying the immune system’s response and acting as an anti-inflammatory. As it can easily cross the blood-brain barrier and get into the brain, it has been found to have neuroprotective properties and is shown to be useful in reducing the severity of diseases such as Huntington’s disease, and amyotrophic lateral sclerosis.

But, as with other medications, minocycline has its limitations. Long-term use has been shown to affect the “good” bacteria in the body, and may cause darkening of skin and teeth.

Previous animal studies looking at minocycline for depression have also shown limitations in that it only had antidepressant effects in male animals. Although the reason for this isn’t fully understood, it has been repeatedly shown that immune responses differ between males and females, including microglia responses. However, animals and humans may have different immune responses.

Read more:
How to help someone you live with who has depression


In human studies, minocycline has been shown to have antidepressant effects. One study showed improvement of the depressive symptoms (including low mood) in mild to moderate depression in HIV patients when minocycline was used on its own. Other studies have focused on minocycline as an add-on to antidepressants – and also found encouraging results.

Although few large-scale human studies have been carried out on the effects of minocycline on depression, the ones that have been conducted confirm the antidepressant effects. But more studies are needed to look at whether minocycline is only a useful treatment for certain groups. Researchers will also need to look at whether relapse occurs after use, if it has any side effects, and whether it can be effective in treating depression where brain inflammation isn’t observed.

Nevertheless, this antibiotic, as well as other medications that can alter the immune system’s response may be potential candidates for treating depression – especially in patients who don’t respond to current treatment options.

Eleftheria Kodosaki does not work for, consult, own shares in or receive funding from any company or organisation that would benefit from this article, and has disclosed no relevant affiliations beyond their academic appointment.

2020-07-08
Previous Post: Coronavirus anti-vaxxers: one in six British people would refuse a vaccine – here’s how to change their minds
Next Post: Brazil’s Jair Bolsonaro has coronavirus – what it could mean for him politically