Liverpool, Premier League champions: ‘A proud supporter of the Reds, I felt blue for 30 years. No longer’ 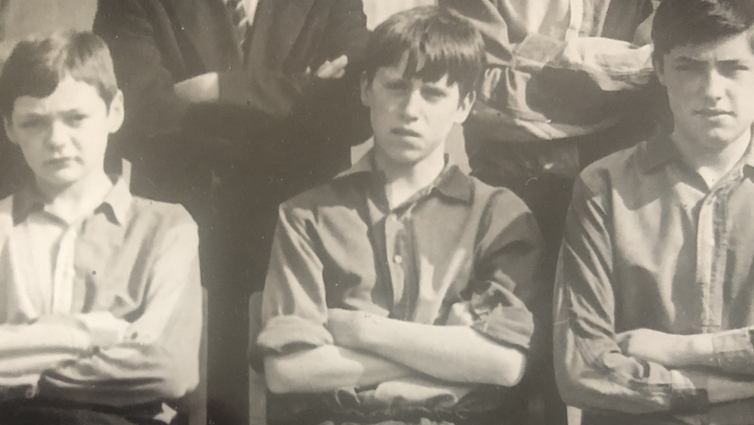 What were you doing 30 years ago? Were you even born? Let me mark your card here. Research at CERN in Switzerland by British computer scientist Tim Berners-Lee in 1989-90 would eventually result in the World Wide Web, linking hypertext documents into an information system accessible from any node on the network (thanks for that, Wikipedia). In other words, the internet was just being conceived.

There was no social media back then, little reality TV. Mobile phones – when you knew someone who had one – were like bricks. Elton John was top of the charts – can’t remember what with, but it was probably on a compact disc.

Try describing this cultural and information wasteland to anyone under 30 today. It sounds like an era of steam engines, sticky-backed plastic, string and cardboard. And it was the last time my team, Liverpool FC, were league champions in England. When you grow up with your football team winning, 30 years is a lifetime.

So it was a bit bizarre, watching two clubs, Manchester City and Chelsea, neither of which I’d ever want to win anything, knowing that if Chelsea could stop City winning, Liverpool would secure the greatest prize in English football, for the first time in 30 years.

And when, 13 minutes from the end, with the scores level – still enough for Liverpool to take the title – Chelsea scored a penalty to go 2-1 up against ten men, I knew it was finally heading to Anfield. There was nobody in the stadium to burst into rapturous applause, but hearts were racing across Merseyside, and around the world among followers of Liverpool FC.

It’s been a long wait

Back in the summer of 1990, I had just blagged a gig for The Times to write a piece about fans at the European Cup final in Vienna: AC Milan 1, Benfica 0. Everyone was perfectly behaved and I remember composing some stupid remark home about these wonderful people and how little street theft and disorder there was in places abroad such as Milan. Until, of course, I actually visited Milan.

Back then, this was about the only way that English fans could connect to elite continental football. We were still banned as a country from European club football because of the Heysel Stadium disaster in 1985 where 39 people died and 600 were injured as some of my club’s fans disgraced themselves and the nation in Brussels – and plenty of people back home had had about enough of dismal stadia and the brutality of English fan culture.

The shame of Heysel, weirdly, seemed only to spur Liverpool FC to new heights on the pitch, confirm the club’s domestic power and its importance for local people. We even won the domestic double in 1986, almost did it again in 1988, and almost did it again in 1989. Famously, losing the title to Arsenal in 1989 in dramatic, last gasp, fashion came only weeks after the shock of the Hillsborough disaster. We were still in turmoil. I sat on the steps of the Kop that night as Arsenal celebrated, thinking that Liverpool winning the league title again wouldn’t have felt right with so many dead fans to grieve for. I wasn’t heartbroken at defeat.

One more league title did come, in 1990, but by then our charismatic managers and the great Liverpool players of this era – Kenny Dalglish was still manager, but his glory days were behind him. And so many others – a stellar roll call – Souness, Hansen, Rush, even John Barnes, were gone, past their best or retired. Their replacements were often sub-standard. It was the end of a glorious road, 25 years of fantastic success.

Liverpool FC would now lose traction, fall behind their key rivals. This was mainly because the club was still run as a superior corner shop, reluctant to embrace change – club secretary Peter Robinson even opposed new computer software for the finance staff.

But it was also because the longer-term baggage of these awful disasters of the 1980s engulfed the club, its staff and its supporters. The old Anfield boot room aura of competitive coaching advantage would now no longer work in this new, more global, age of sports science, international player recruitment, and billionaire foreign owners. Buying the best of British was no guarantee of success, as it once had been for Liverpool in the 1970s and 1980s.

The aftermath of Hillsborough also produced an agenda for nationwide stadium modernisation, a moment when the game itself in England was completely reconstructed and repackaged. This came with the birth of the brassy new, commodified FA Premier League in 1992, the rise of satellite TV as a major new funder for English football, and the globalisation of the elite levels of the English game, made possible by new technology and new marketing and communication techniques. Liverpool FC took time to reconnect, still stuck in their old ways.

It has taken 30 years for us to get back to the very top – the occasional wonderful European triumph and other domestic trophies notwithstanding (I have seen them all). We almost went under completely in 2010, rescued by our current owners, the Americans at FSG, only at the 11th hour in the High Court. In 2014, a cruel Steven Gerrard slip robbed us, at the last, of a certain title. There were tears on the Kop.

A year later, and a hippy-looking, bearded smoker breezed in from Germany, apparently drunk on Kool-Aid, to tell us that Bill Shankly himself had been resurrected with a dentist’s smile, and that he was going to build a new fortress at Anfield. This new coach was soon even scolding his own supporters in the Liverpool Main Stand for leaving matches too early. Who was this guy?

Jurgen Klopp has somehow whizzed Liverpool football club back to the 1960s, when the city was iridescent and its ambitious young Scottish manager and his players believed anything was achievable – and then went on to show how. The “heavy metal” global team Klopp has built in five years, with its Dutchmen, Brazilians, Africans and Brits, is the best I have seen at Anfield – and I have pretty much seen them all. It may even be the best ever to play at the highest level in the English game. It is close to perfect.

Which is why it is both agony and ecstasy now, watching Liverpool, my club, claim this first title for 30 long years, not from my Block 207, Row 15, Seat 60 place on the Kop, but from the unwelcome comfort of my living room. Nobody is even sitting in the stadium where I should be. At least the season has not been voided as some scared accountants and club chief executives initially wanted. And not even Pep Guardiola’s brilliant Manchester City could stop us.

But COVID-19 has meant our own, long-awaited, 19th league title will have to be consumed and celebrated home and alone. It is hard to take – I do want to get out and scream – but after 30 years, and in the current circumstances, I can live with that.

John Williams does not work for, consult, own shares in or receive funding from any company or organization that would benefit from this article, and has disclosed no relevant affiliations beyond their academic appointment.

2020-07-03
Previous Post: Why fairness matters more than equality – three ways to think philosophically about justice
Next Post: The government should be up front about the trade-offs behind its new social distancing measures