Curious Kids: if the whole world is dealing with coronavirus, will there be less war? 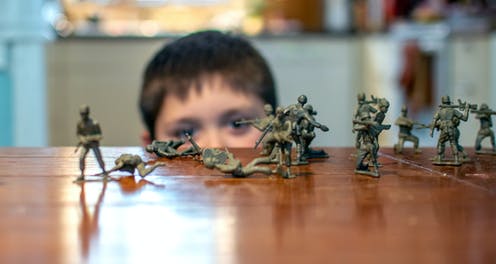 If the whole world is dealing with coronavirus, will there be less war? – George, aged 11, UK

This is a very serious and important question. Lots of people believe that wars should stop so that we can focus on dealing with coronavirus. In some cases, this has happened. But sometimes diseases like coronavirus can actually make things worse in places where there is war.

António Guterres is one of the world’s top diplomats. He is Secretary General of the United Nations, a global organisation designed to promote peace. He has recently said there should be an “immediate global ceasefire in all corners of the world” to help stop coronavirus. A ceasefire is an agreement to stop fighting for a period of time between the different sides in a war.

Peace around the world?

The secretary general’s plan is aimed mostly at reducing the impact of coronavirus in countries experiencing war. However, he also hopes that short-term ceasefires might lead to permanent peace agreements.

A lot of people agree with Secretary General Guterres. Many governments around the world support his idea, and religious leaders like the pope do as well. Around the world, over two million people have signed a petition asking for a ceasefire.

In some places, this has actually happened and fighting has stopped for now. In Sudan, the Philippines, Colombia and Thailand, ceasefires have been declared or extended.

In other places, the news is not so good. In Ukraine, people on different sides of a war have said that a ceasefire is a good idea, but the fighting is still happening. Fighting is also still happening in countries like Libya, Yemen, Nigeria, Mali and many others, even though people have asked for a ceasefire.

As you can see, turning a plan for peace into reality is often incredibly difficult. There are reasons behind the fighting that are very hard to resolve, as the secretary general himself has said.

There have been outbreaks of disease in places where wars have been going on in the past. Often, this has actually made things worse. There was an outbreak of a disease called cholera in Yemen in the Middle East, which is one of the places where a war is happening. The war has helped spread the disease and made it hard for doctors to treat people.

If people move around a lot, like troops do when they are fighting a war, it can spread the virus. This happened after the first world war, when soldiers spread a disease called Spanish flu.

The situation for refugees – people leaving their homes to avoid war – is especially worrying. People escaping wars often have to live in cramped refugee camps where disease can spread easily.

War is also very expensive. This means there is less money for hospitals, doctors and nurses to tackle the virus. Hospitals already dealing with the effects of war may struggle to cope with a big outbreak of disease.

It is very hard to stop wars, but we must try. Even if this plan only leads to a small number of short-term ceasefires, this would still be a very good thing. Reducing the impact of coronavirus on countries affected by war is an extremely worthwhile aim.

Ed Stoddard would like to thank Max (11) and Isaac (10) for their very helpful input during the writing of this article.

Ed Stoddard is funded by the European Union under the Horizon 2020 Marie Skłodowska-Curie Actions scheme.

2020-07-03
Previous Post: In praise of further education colleges: empowering students who have been written off
Next Post: Life inside Pluto? Hot birth may have created internal ocean on dwarf planet