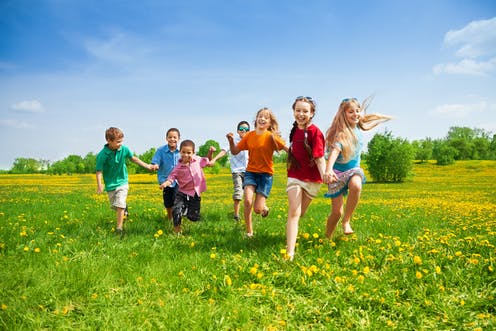 It’s Monday morning and I’m running my regular children’s sleep clinic. Except it’s not a Monday morning like any other I have had in my 20 years of practice. I am running the clinic on my laptop, seeing patients and their families on a video screen rather than in person, in an eerily quiet children’s outpatient department.

After two months of COVID-19 lockdown and working “all hands on deck” to deal with the pandemic surge, I am allowed to resume my outpatient work. One thing that strikes me in this clinic is another new phenomenon. Parents are reporting that their child’s symptoms have dramatically improved over the last few weeks.

Most of the children I see in my clinic have obstructive sleep apnoea, a condition that leads to a disturbed night’s sleep due to the repeated blocking of the upper airways (apnoeas). This leads to daytime symptoms such as tiredness, behavioural issues and poor concentration. Left untreated, these children may not reach their full academic potential and may go on to develop heart failure in later life.

We often see symptoms improving gradually as children get older, but families were reporting a near-resolution of symptoms over just a few weeks. To my amazement, this trend has continued from lockdown into the period of social distancing we are currently facing.

This has led me to reflect on how unexpectedly quiet our paediatric wards have been since the start of the COVID-19 pandemic. The vast majority of children with SARS-CoV-2 (the virus that causes COVID-19) have very mild symptoms and are not admitted to hospital. But what about all the other acute conditions that normally fill our wards at this time of year, such as asthma?

We usually see a surge in children with acute allergic asthma attacks during the period of May-June, which corresponds to the peak tree-pollen counts. But we have barely seen any cases in this period.

I’m sure there is an element of increased home-management with parents understandably reluctant to bring their children anywhere near a hospital at this time. But we would still expect to see a significant number of children whose symptoms are severe enough to need specialised hospital treatments.

Less exposure to infections and allergens

For such a dramatic clinical effect to occur over such a short space of time for so many children, there has to be an environmental reason to explain at least part of it. The biggest change for children during the COVID-19 pandemic has been the closure of schools and nurseries. Only children of key workers have been allowed to attend primary school and nurseries from late March until early June in the UK.

This measure, combined with social distancing policies outside school, is likely to have reduced the spread of not only SARS-CoV-2 among children but also reduced the spread of other viruses. And respiratory viruses are strongly associated with acute asthma and worsening obstructive sleep apnoea symptoms in children.

Another similarity between asthma and obstructive sleep apnoea is their association with allergens. During the period of lockdown, unless making essential journeys for work or school, or to get groceries, the public (including children) were allowed out of their homes only once a day for up to one hour to exercise. This would have reduced their exposure to common airborne allergens such as tree pollen, a potent trigger of allergic asthma and hay fever. Both are positively associated with obstructive sleep apnoea in children.

There is also good evidence of a correlation between air pollution and asthma or obstructive sleep apnoea. Fine-particulate matter and gases, such as nitrogen dioxide (NO₂), are known to trigger airway inflammation. As travel has declined globally during the pandemic, there has already been a significant reduction in air pollution levels, particularly in industrial countries across the world. Data from Nasa suggests a 20%-30% reduction in NO₂ emissions in Europe between March 2019 and March 2020.

The World Health Organization declared COVID-19 a public health emergency of international concern on January 30, 2020. Since then saturation news coverage has emphasised the dangers of the disease. As a clinician, I prepared for these dangers, but have been surprised by some of the unexpected consequences of the lockdown, which seem to be related to wide-scale behavioural change.

Whether these effects last remains to be seen. Up to now, our attention has focused on containment of the contagion, but it appears there are other lessons to be learned.

Jo-Anne Johnson does not work for, consult, own shares in or receive funding from any company or organisation that would benefit from this article, and has disclosed no relevant affiliations beyond their academic appointment.

2020-07-03
Previous Post: Algorithms are designing better buildings
Next Post: Coronavirus and school exams: despite plan for grading pupils, there may be trouble ahead