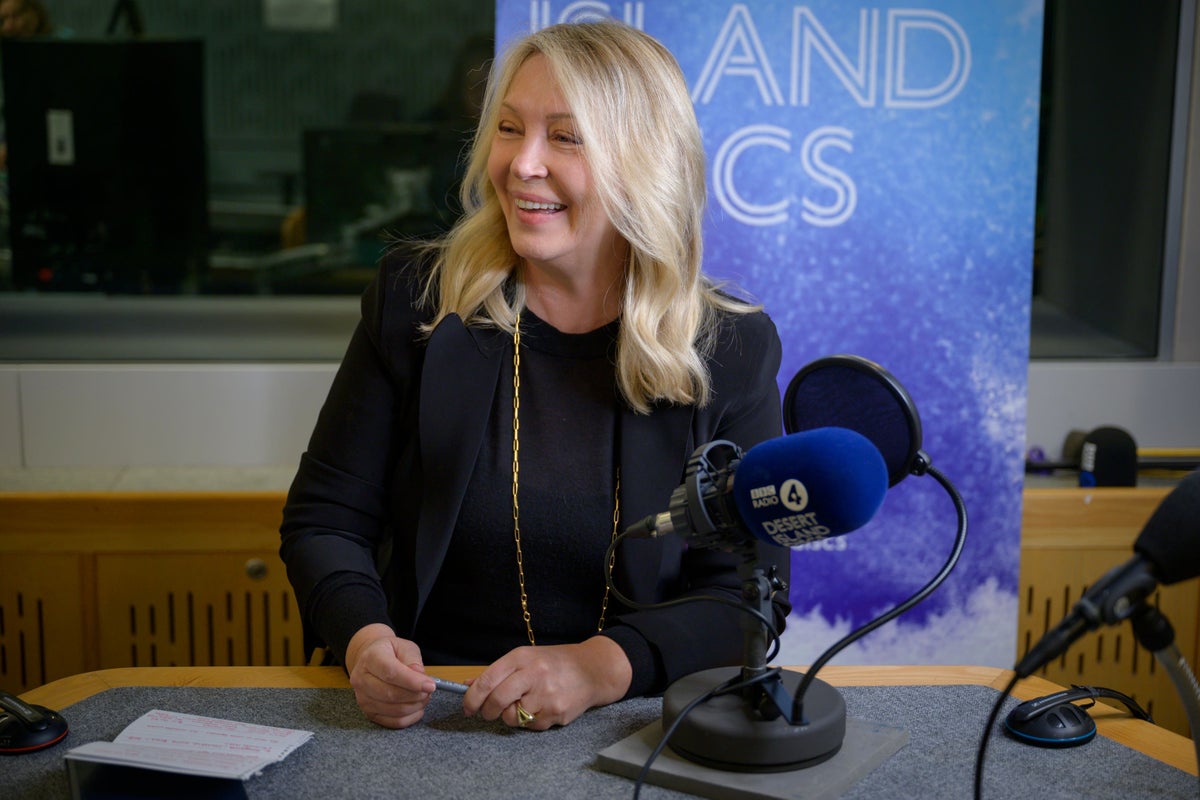 irsty Young has recalled how having to step away from broadcasting for a few years due to her chronic pain condition caused her to question her own identity, saying “you lose your sense of self”.

The 54-year-old hosted nearly 500 editions of BBC Radio 4’s Desert Island Discs between 2006 and 2018 before having to leave the show to undergo treatment for fibromyalgia and rheumatoid arthritis.

Appearing on a special edition of the castaway programme airing on Christmas Day, Young told Lauren Laverne, who took over her presenting role, that she is now feeling “so much better” and reflected on the experience of returning to broadcast after her break.

Young explained that she originally spent a year seeing different specialists trying to work out what was the nature of her condition until she found a “brilliant” professor of rheumatology who diagnosed her.

She said he also warned her that she had to take her condition “seriously” and reduce the stress in her life alongside the medical treatment if she wanted to get better.

“It was said with extreme kindness but it was just a moment of absolute reality and clarity, and I remember I pulled my car over and just had a good old, to use a good Scottish word, a good old greet (cry) and I thought ‘right, well, them’s the facts and you’re really going to have to think about this’,” she said.

“I’m very aware in talking about this, people sit opposite physicians and get diagnoses that are much more serious than the one I got, but it’s a very painful thing and I was in pain and a chronic long-term pain condition is an absolute pain, literally and metaphorically, to deal with.

Young admitted that she felt “very shaky” having to leave her broadcast job, which she “absolutely loved” and had intended to do until they made her leave.

She added: “I thought if I’m not that, what am I for? What is a Kirsty for? I did feel that.

“That was ridiculous, obviously, because to use that well-worn phrase, ‘The cracks are where the light gets in’, and all sorts of other things happened that were good things.

Fibromyalgia, also called fibromyalgia syndrome (FMS), is a long-term condition that causes pain all over the body, according to the NHS.

Rheumatoid arthritis is described as a long-term condition that causes pain, swelling and stiffness in the joints.

After taking a number of years out, Young was able to return to present BBC coverage of the Queen’s Platinum Jubilee celebrations earlier this year as well as the closing moments of the late monarch’s funeral at St George’s Chapel in Windsor.

The broadcaster said she wanted to find the right words to end the programme and sum up the magnitude of the historic day but admitted: “I did really have a bit of a moment. It was emotional.”

The special episode also marked the end of Desert Island Discs’ 80th year, with Young having interviewed 496 castaways during her time on the show.

Reflecting on the programme’s appeal, she said: “I once described it as (having) a sort of hammock-like quality, just to fit itself around the person who is there.

“So, therefore, if it is a sort of Premier League footballer or if it is an astrophysicist, their music and the amount of time you spend talking to them, and then also the ways in and the ways out of the museum, are sort of beautifully soft and comfy.

“So, people come into the studio and they’re kind of surrounded by their own bits of furniture, and the music, so they’ve got the comfort of that familiarity, and also whatever they choose gives each programme a unique flavour.”

The full interview with Kirsty Young on Desert Island Discs will air on BBC Radio 4 and BBC Sounds on Christmas Day at 11.15am.

2022-12-25
Previous Post: Foster children can easily lose their first language – but giving it a place in daily life can make a big difference
Next Post: Ukraine war: Putin has been weaponising energy for years, here’s what to look out for next