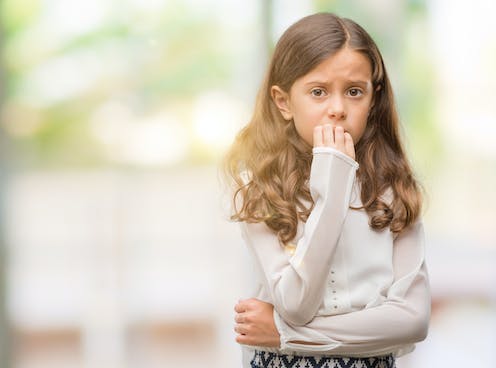 Imagine a ten-year-old girl who has been through things no child should ever have to endure. She is told that there is a nice couple who will take care of her, but she’s heard that before, and has learned not to trust it.

She arrives at her new home, clutching her beloved skateboard like a security blanket. The chap who opens the door smiles and says, “I skate a bit, too.” (In case you missed it, this is a scene from this year’s much-discussed John Lewis Christmas ad.)

Now imagine that English isn’t the mother tongue of the child in this scenario. She may have been going to school in the UK since she was four and speak English fluently. But she has another language, too, the one her parents spoke and that she said her first words in.

This language likely serves a similar function for that child as the skateboard in the John Lewis ad. It is both her security blanket and her superpower.

It is part of her identity, representing who she is and where she comes from. But it is also the particular gift that may have allowed her to facilitate daily life for her birth parents by acting as their translator – at the bank, at the doctor, with the teacher.

However, her new foster parents speak only English.

Children in this situation will almost certainly lose their first language. This loss may not occur not slowly and imperceptibly, a few words at a time, but with frightening speed and finality.

Within a couple of months, they may struggle to recall basic words. Shortly after that, they are likely to need an interpreter to talk to family members. This fundamentally changes the already difficult child-parent relationship, threatening any sense of closeness and familiarity with birth parents or grandparents.

We frequently see such developments in our ongoing research project at the University of York, in which we investigate the language experience of current and former foster children from homes where a language other than English was spoken, their caregivers, and their birth parents. Those involved with multilingual children in foster care often speak about how helpless they feel in the face of this deterioration, such an interpreter who was brought in to facilitate communication between a mother and her young son:

Research demonstrates the vulnerability of birth language knowledge. Ten-year-old children may be proficient and fluent speakers of their home language, but they forget it within months if they don’t use it daily.

Some studies have found that if they try to re-learn it later, they have virtually no advantage over adults who have no experience with that language, and who are learning it from scratch. This loss can have deep psychological consequences and cause a lasting sense of non-belonging, dislocation and shame.

Given the scarcity of resources, it is understandable that the British foster care system cannot easily accommodate the linguistic needs of the nearly 10% of the population using one of more than 100 languages other than English as a main language. Protecting children from immediate physical or psychological harm by placing them in care understandably takes priority.

While local authorities may have guidance for foster carers looking after a child whose first language is not English, there is currently no national policy outlining if or what kind of support should be given to children who speak a minority home language.

When the language background of the child is taken into account and some sort of provision is made in the fostering environment, this may have enormous benefits for the relation between carer and child. It can also help the continued relationship between the child and their birth family.

Even carers who are themselves not familiar with the language can do small things that mean a lot: reading books or watching films together, or giving the language a small place in daily life. Adopting some words for everyday household or food items, for instance, could serve to keep the door to the language open, and later facilitate re-learning.

In terms of a “long-term commitment to the future of children in care”, as the John Lewis ad puts it, this is an effort that is very much worthwhile. A simple thing such as saying the first words to the child in their own language as they arrives at the carer’s house can show that the foster parents understand its double role as their security blanket and superpower.

Plus, learning words in a new language is much less physically dangerous than taking up skateboarding.

Claudia Cojocaru does not work for, consult, own shares in or receive funding from any company or organisation that would benefit from this article, and has disclosed no relevant affiliations beyond their academic appointment.