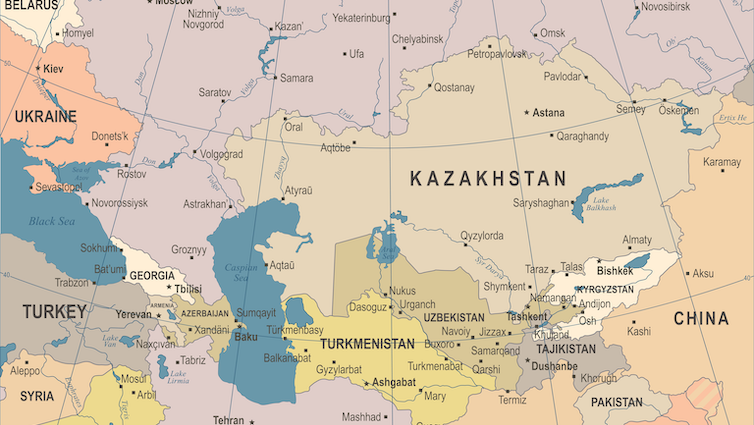 Volodymyr Zelensky has been on his travels this week, leaving Ukraine for the first time since the invasion to fly to the US to meet with Joe Biden and address a joint sitting of Congress. The Ukrainian president impressed with his Churchillian tone, comparing his country’s defiance of Russia’s war machine to the fight against Nazism in the second world war. “Just like the brave American soldiers which held their lines and fought back against Hitler’s forces during the Christmas of 1944, brave Ukrainian soldiers are doing the same … this Christmas,” he said.

This will no doubt have irritated Vladimir Putin no end, given he has always insisted his invasion of Ukraine was all about ridding the country of its “gang of drug addicts and neo-Nazis”.

Putin has also been on his travels in recent days, popping across to Minsk to see his long-time ally Alexander Lukashenko. And, for a man who insists he won’t be the first to use nuclear weapons in Ukraine, the Russian president finds it hard to leave the subject alone for more than a few days at a time. He and Lukashenko briefed journalists about their scheme to adapt Belarusia’s Soviet-era nuclear-capable aircraft to carry “special warheads”. “Special”, in Kremlin-speak, can have decidedly sinister connotations (see also, “special military operation”).

Putin’s visit to Minsk has fuelled speculation that Belarus could enter the war on Russia’s side next year. Some analysts believe that – similar to February 2022 – Russia could use Belarus as the springboard for another assault on Kyiv and that this time Russian troops will be supported by the Belarus military.

But Stefan Wolff, an expert in international security at the University of Birmingham, believes there is an undercurrent of bluff on Putin’s part. Kyiv’s concern of a possible invasion from Belarus means that it has to keep enough troops in the border region who could otherwise be part of Ukraine’s counter-offensives in the south and east.

Interestingly all this talk of beefed up cooperation over Russia’s “special warheads” came as the US agreed to supply Ukraine with its Patriot defence systems. These, Wolff says, could be a game-changer for Ukraine’s air defence, crucial as Russia continues its strategy of bombarding the country’s energy infrastructure.


Meanwhile, there are mixed feelings about the war in Russia’s neighbour to the east, Kazakhstan. Many people among the country’s significant ethnic Russian minority support Moscow and go along with Putin’s explanation that the “special military operation” is necessary to deter an increasingly assertive Nato expansion in the region. But most young people and most Kazakhs are fiercely against the war.

The country is now host to many thousands of Russians who fled conscription. Anna Matveeva, an expert in the politics of the post-Soviet sphere from King’s College London, has charted a turbulent year in Russo-Kazakh relations. January saw Moscow send troops in to help the beleaguered president, Kassym-Jomart Tokayev, in putting down riots in January.

But the two leaders have been at loggerheads over the invasion of Ukraine. Tokayev refused to recognise Putin’s annexation of Ukrainian territories at the end of September. And, for a few years now, Kazakhstan has begun to assert its cultural identity, pledging to ditch Cyrillic completely by 2025 – another snub to Russia.

From Russia, meanwhile, anything but love. As Matveeva notes, barely a month goes by without some sort of inflammatory statement or threat from Kremlin insiders or media proxies to the effect that Kazakhstan should be grateful to Moscow for its independence and should watch its step.

One of the bones of contention between Russia and Kazakhstan has been over energy. Oil-rich Kazakhstan uses Russia’s Novorossiysk terminal for the vast majority of its oil exports. But in July, Russia closed the terminal down soon after Tokayev said he would not recognise Russian annexation of territories in Ukraine.

As Thomas Froehlich of King’s College London writes, this has been a hallmark of Putin’s realpolitik throughout the invasion. Russia has been weaponising energy for years, writes Froehlich – whose specialism is the geopolitics of the global energy transition – and Ukraine has been dealing with this since early in Putin’s leadership. Now the race is on to Putin-proof European energy supplies. This, writes Froehlich, will be a major project for 2023 and beyond.

Read more:
Ukraine war: Putin has been weaponising energy for years, here’s what to look out for next

Given that Kyiv wants Russian troops completely out of Ukraine and the Kremlin’s base position is to keep – at the very least – the 20% of the country it has occupied, a peace deal looks further away than ever and at this stage, negotiations between the two countries on an end to hostilities look like a non-starter.

But that is not to say there have not been “back-channel” talks going on between the warring parties, writes David Lewis, a professor of international politics at the University of Exeter.

As Lewis notes, Russia and Ukraine – with help from Turkey and the United Nations – struck a deal that allowed Ukraine to safely export its grain by sea, while there have also been deals to allow Russia to export vital fertilisers as well as prisoner swaps. In all this, says Lewis, pragmatism has been at the fore for both sides. The antagonists are also talking about how to safeguard the Zaporizhzhia nuclear power station – Europe’s largest.

Read more:
Ukraine war: Moscow and Kyiv are talking – just not about peace


But, as we break for the holiday season in the UK, there is no sign of what everyone wants: an end to the suffering of the Ukraine people and a safe and warm and peaceful Christmas for all.

2022-12-24
Previous Post: Royal warrants are good for business – and benefit the British monarchy too
Next Post: China’s increasing economic ties with the Gulf states are reducing the west’s sway in the Middle East