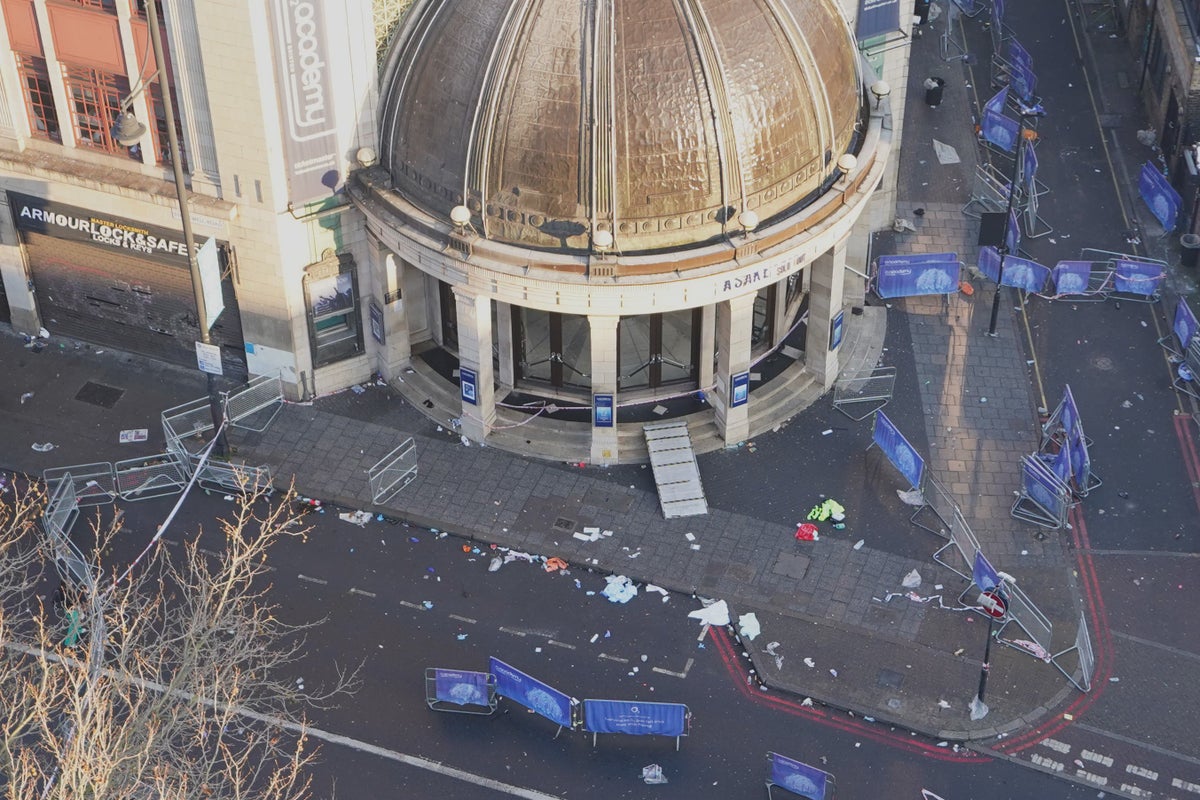 igerian artist Asake said he is “devastated” and “overwhelmed with grief” after a woman died following a crowd crush outside his concert at the O2 Academy Brixton.

Rebecca Ikumelo, 33, was one of three people badly hurt when ticketless fans tried to get into a show by the singer at the south London venue on Thursday.

The Metropolitan Police said Ms Ikumelo, from Newham, east London, died in hospital on Saturday, while two other women, 21 and 23, remain in a critical condition.

In a statement posted on Instagram, Asake said: “I am devastated by the news that Rebecca Ikumelo who was in a critical condition since Thursday has sadly passed away.

“My sincerest condolences to her loved ones at this time. Let us please keep her family in our prayers. I have spoken to them and will continue to do so.

“I am overwhelmed with grief and could never have imagined anything like this happening.

“My team and I are still awaiting the full debrief back from the Venue management and the Police to determine what exactly led to all the disruption caused and ultimately to Rebecca’s passing.

“If you have any relevant information relating to this please do reach out to the Metropolitan Police.”

Mayor of London Sadiq Khan said City Hall is in contact with venues and authorities across the capital to make sure “nothing like this happens again”.

Rebecca had her whole life ahead of her and on behalf of all Londoners, I would like to extend my condolences to her family, friends and loved ones at this extremely difficult time

“I am heartbroken by the tragic death of Rebecca Ikumelo who has very sadly died following the awful events on Thursday night in Brixton,” he said.

“Rebecca had her whole life ahead of her and on behalf of all Londoners, I would like to extend my condolences to her family, friends and loved ones at this extremely difficult time.”

Post-mortem tests will be done on Sunday.

Speaking at the scene on Friday, Chief Superintendent Colin Wingrove, policing commander for Lambeth and Southwark, said: “I’d like to extend my sympathies to all those who have been affected.

“Having seen some of the really upsetting images on social media, our thoughts are with them.”

There were around 4,000 potential witnesses present at the time of this incident and we want to urge any members of the public with information to come forward

Scotland Yard previously said a woman was arrested for assaulting an officer over the incident and investigators were looking at footage on social media and from body worn cameras.

“We are working incredibly closely with our partners and community members and would like to thank them for their support so far in the investigation,” Mr Wingrove said.

“We would also like to thank people for coming forward with information.

“We have set up an online page for the submission of photos and videos.

“There were around 4,000 potential witnesses present at the time of this incident and we want to urge any members of the public with information to come forward.

“We need your information as we try to establish what happened as quickly as we can.”

The incident has been routinely referred to the Independent Office for Police Conduct, the Met said.

“This is standard national practice following all incidents where police have been in attendance and members of the public have been seriously injured,” it added.

The force said footage of an officer pushing a woman from the venue’s steps has been assessed by the Directorate of Professional Standards and there was “no evidence of misconduct”.

Florence Eshalomi, Labour MP for Vauxhall, said in a statement posted to Twitter: “We need answers about exactly how this happened and safeguards against it in future.

“This will be fully investigated by Specialist Crime detectives, supported by Lambeth Council’s Licensing Unit.”

Asake, whose real name is Ahmed Ololade, was recently nominated for BBC Radio 1’s Sound of 2023 award – for artists breaking through in the UK.

Ahead of the gig, he urged fans not to go to the venue without a valid ticket.

The concert was the third of three sold-out dates at the 4,921-standing capacity venue and concluded a run of UK dates.

Academy Music Group, which owns and runs music venues across the UK, said in a statement: “All at O2 Academy Brixton and Academy Music Group are deeply saddened by the news of the tragic death of Rebecca Ikumelo.

“We send our heartfelt condolences to Rebecca’s family and friends, and our thoughts are with everyone affected by this devastating news at this extremely difficult time.”

2022-12-17
Previous Post: Fans all say the same thing as Jake Paul handed ‘world title’ by WBA despite never fighting a pro boxer in his career
Next Post: I busted my man cheating on Christmas Day when I saw his Tinder notifications, his explanation was the icing on the cake